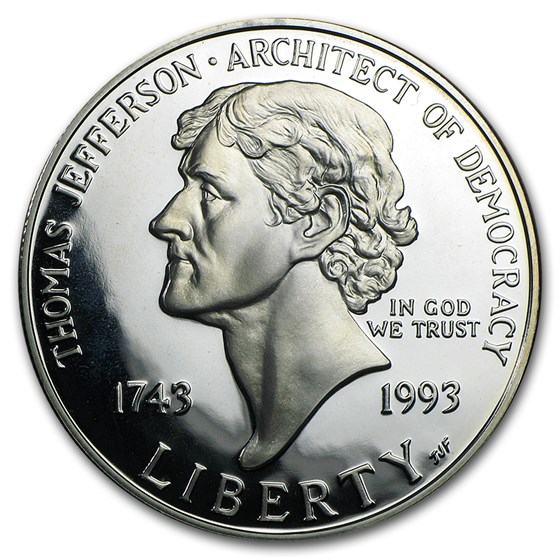 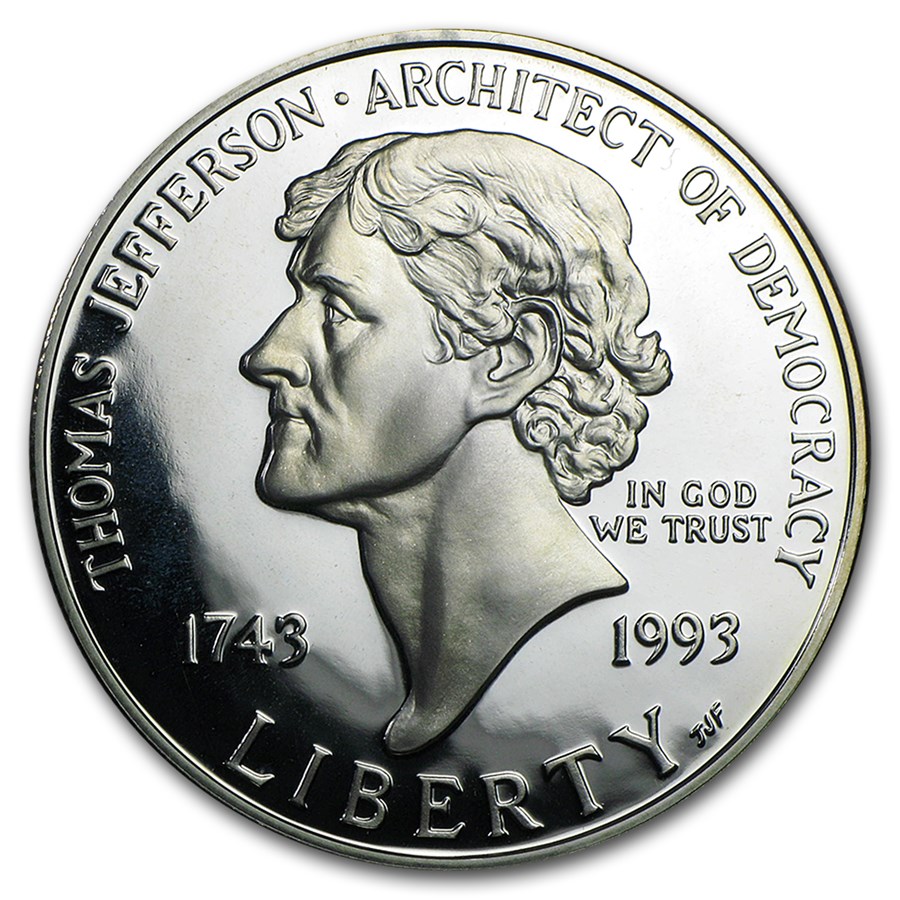 Coin Highlights:
Protect and display your Jefferson 250th anniversary $1 Silver Commem in style by adding an attractive display or gift box to your order.

Thomas Jefferson was one of the most iconic presidents of the United States. Add this 250th anniversary coin to your cart today!

Commemorative of Thomas Jefferson. Excellent condition. The design is unique for Jefferson. Definitely would get again.