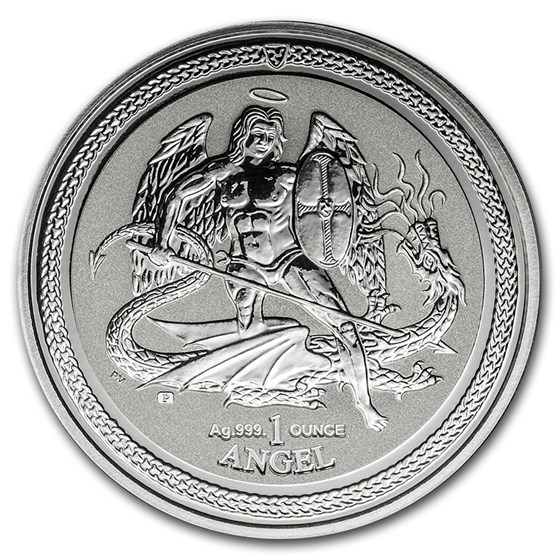 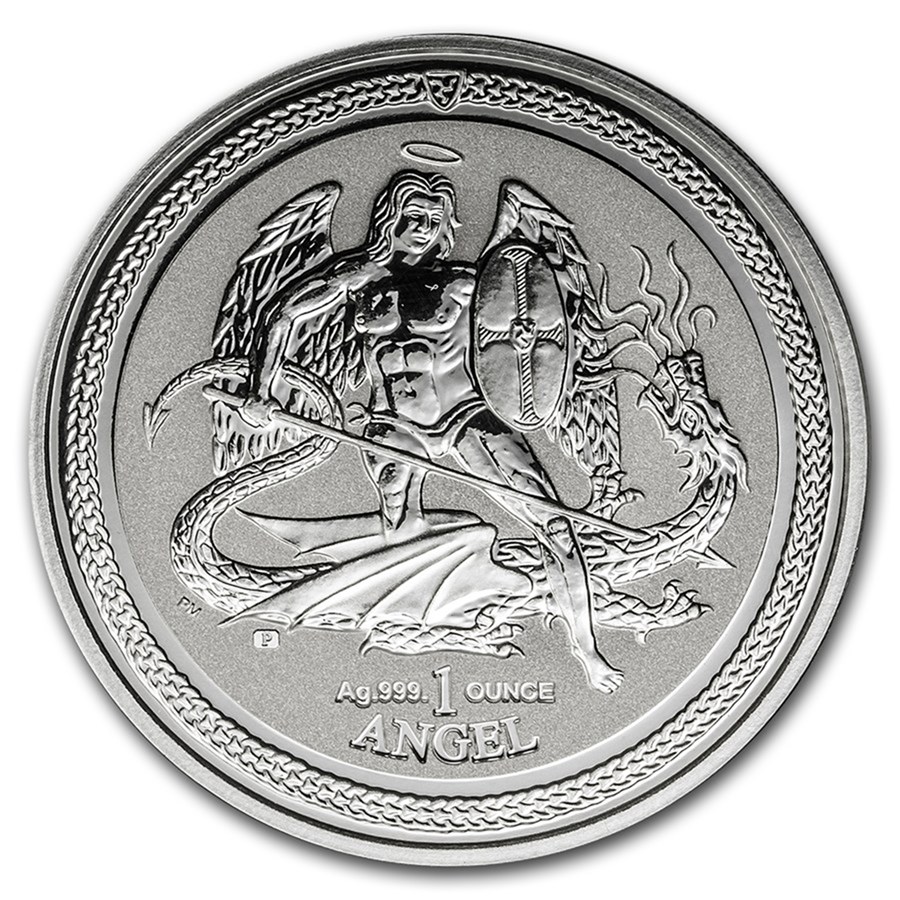 Protect and display your Silver Angel Reverse Proof coin in style by adding an attractive display or gift box to your order.

This exclusive coin would be a great addition to any coin collection. Add this beautiful 1 oz Silver Angel Reverse Proof coin to your cart today!

This modern Angel, one of the World’s foremost bullion coins, continues to uphold this remarkable tradition by being the third design in the coin’s illustrious history since the first Angel was issued in 1984 by Pobjoy Mint.

Each coin is produced to the highest quality and has been struck four times to produce a stunning frosted-finish background with the design sculpted in striking relief. A truly special design in reverse proof with a limited mintage that makes it a rare and valuable collector’s coin.

Reverse proof is a different feature, nice to have

This coin is a vary nice looking, as is most all the coins that come out of the Popajoy Mint. I would say with a world wide minting of only 100,000, it's sure to sell out soon, and prove to be very connectable, and a good investment, Buy now or forget being able to get one. Another coin in a growing pile that I don't thing I'll ever be able to part with.

Really Nice Coin to have in your Collection

This is the first of a hopefully long series, making it easy and relatively inexpensive to collect the coins from the first mintage forward. Angels and Devils are always popular to many collectors.

Not familiar with this coin untill 1st Order

Being not familiar with this coin I wasn't sure about its quality until receiving my 1st order. I was so delighted to see the coin’s high quality Reverse Proof surface and strike details that I placed a 2nd order.

Unique design. Wanted to add to my collection! Beautiful coin! Will buy more!

Great details under a magnifying glass too. Very nice design.