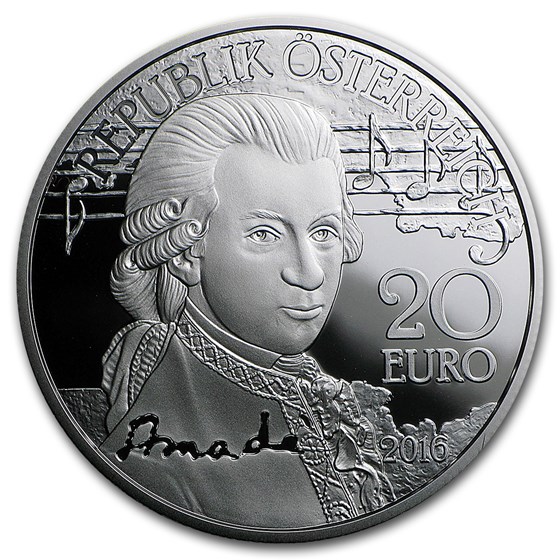 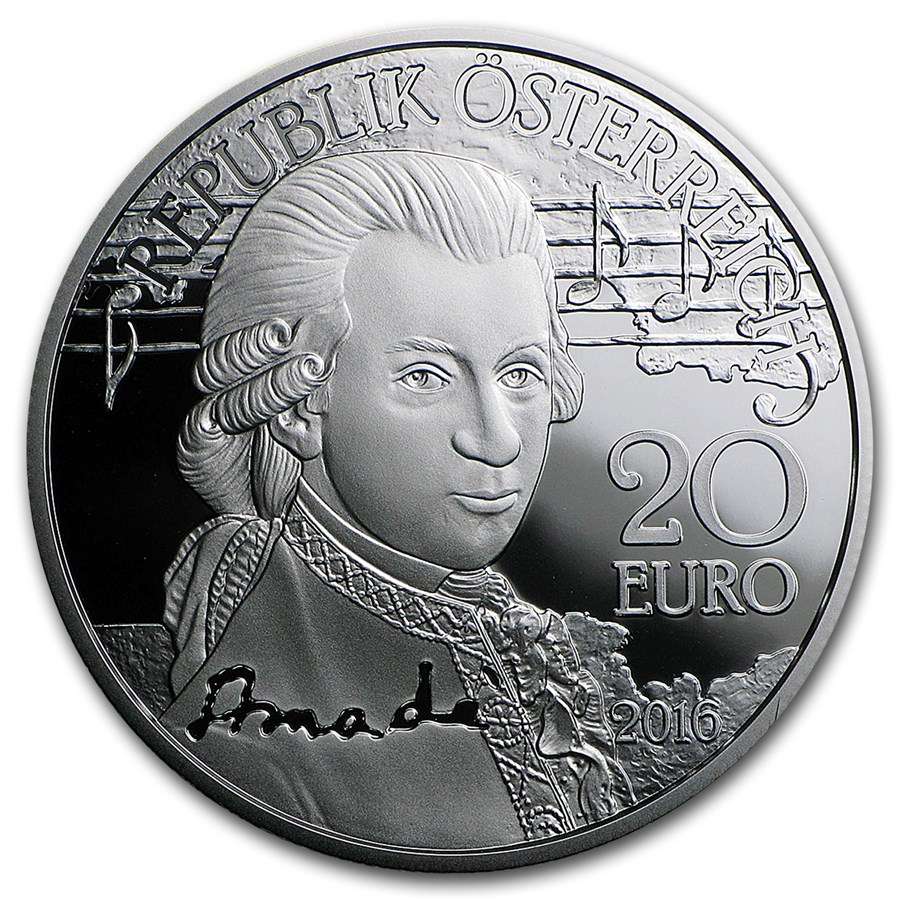 Coin Highlights:
This coin is a fantastic addition to any music enthusiast's collection. Add this 2016 Austria Silver €20 Mozart Proof Amade: The Genius coin to your cart today!

Mozart traveled a great deal early in his life, and thus was well-known and received in the various imperial courts of Europe. He was known in the cities of Paris, Mannheim, Munich, Prague, Strasbourg to name just a few cities he performed in.

He spent several years from 1773 as the music director of the court of the Prince-archbishop Colloredo of Salzburg, during which time he composed violin as well as piano concertos. He had a very low salary and the prince often treated him very badly, even forbidding him to perform for the Emperor of Austria, which may have led to a better position with a much higher salary.

Mozart was restless man who lived grandly and well beyond his low salary and was often in debt. He regularly sold valuable items given to him by generous patrons as a means to help support himself and his wife. Deciding to become a freelance composer and performer he settled in Vienna. He undertook solo performances in halls around Vienna and enjoyed excellent returns from these concerts. This allowed him and his wife Constanze to enjoy their taste for an elaborate life style, including private school for their son and employing a household staff. During this time he composed mostly piano concertos. It was not until 1785 that he started a successful and productive collaboration on pieces with Lorenzo da Ponte.