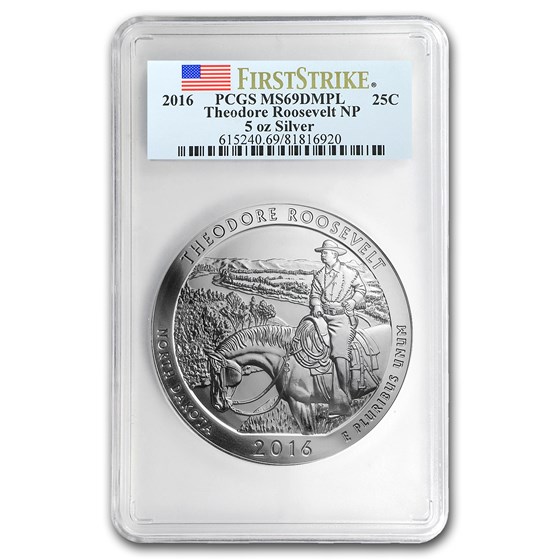 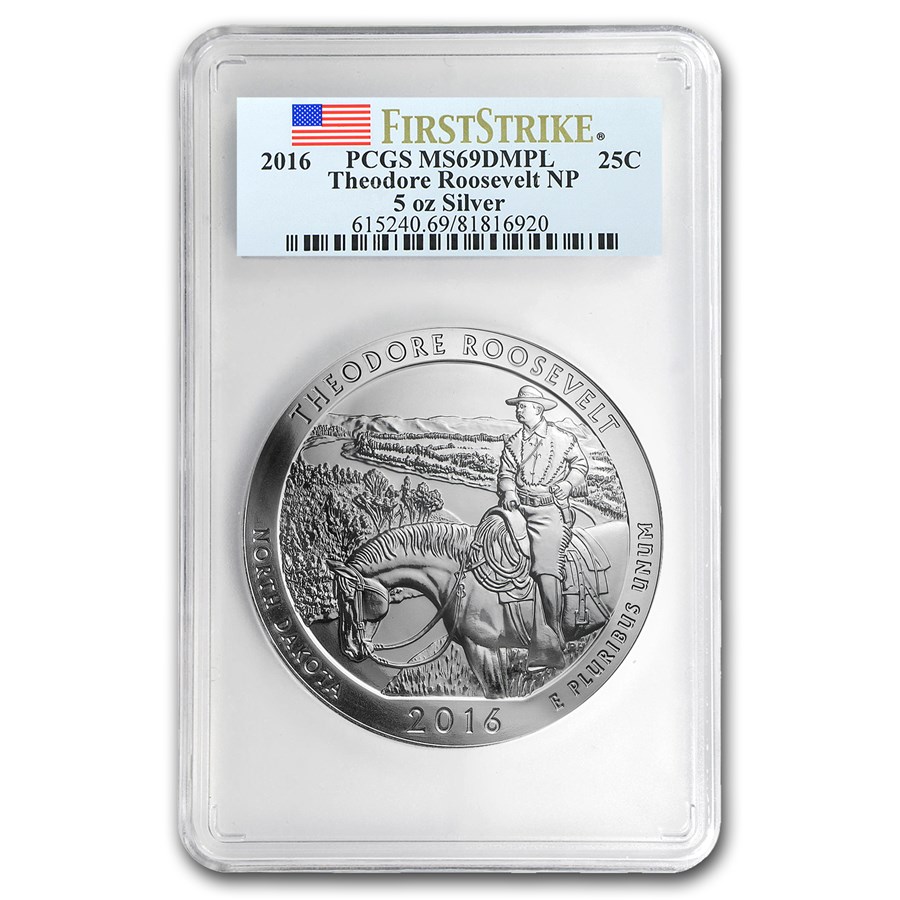 $31.26
As Low As
Product Details
Product Details
Theodore Roosevelt National Historical Park is the fourth release in 2016 of the U.S. Mint's popular America the Beautiful series. This coin is graded MS-69 DMPL First Strike by PCGS with the American Flag label.