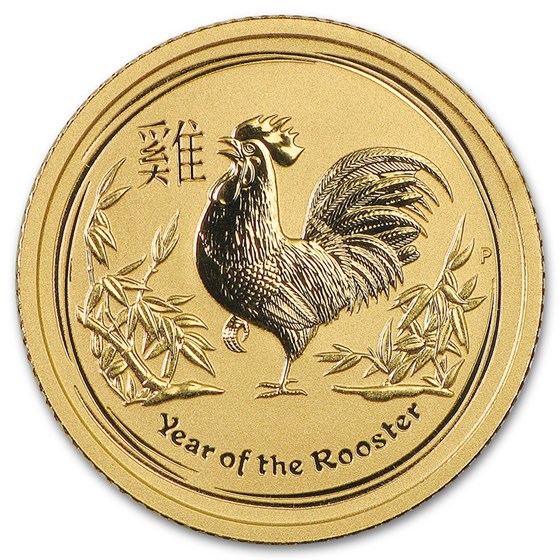 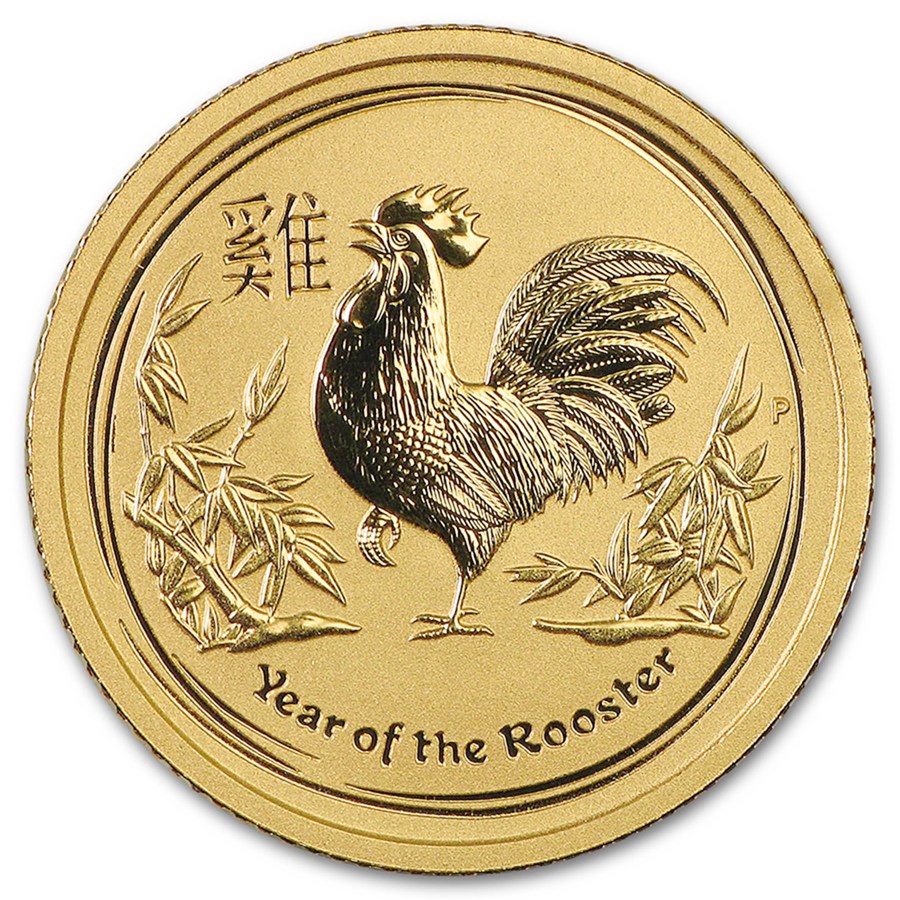 Product Details
Product Details
These magnificent 1/10 oz Gold coins celebrate 2017 as the Year of the Rooster, the tenth animal in the 12-year cycle of the Chinese zodiac.

Coin Highlights:
Protect and display your Gold Lunar Year of the Rooster in style by adding an attractive presentation box to your order.

APMEX is an authorized distributor of Perth Mint products, allowing APMEX to get coins directly from the Perth Mint and pass them along to you. Add some of these Brilliant Uncirculated 1/10 oz Gold Lunar Year of the Rooster coins to your cart today!

" WOW.. just WOW!!" This 1/10th Troy Oz size .9999 gold coin is EXCELLENT!! I took it outside into the sunlight with my 10x loop and when you look at it, the Rooster and background just POPS up at you! So much detail for a small government issued bullion coin! The coin arrived in an individual capsule to protect the Fine Gold Coin and its designs.. Another WONDERFUL Coin.. one I must admit will be hard for anyone too get from me!!