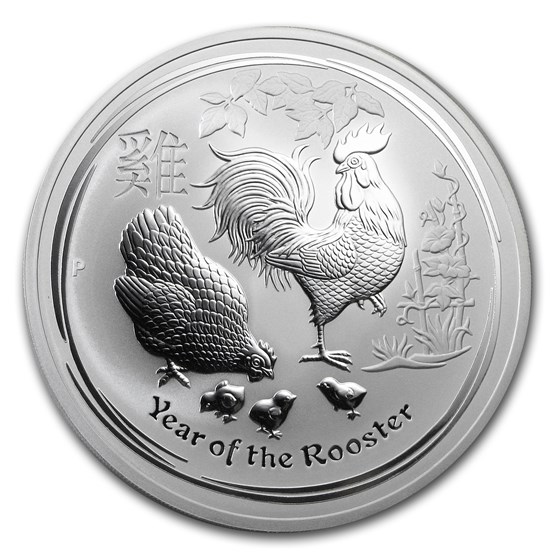 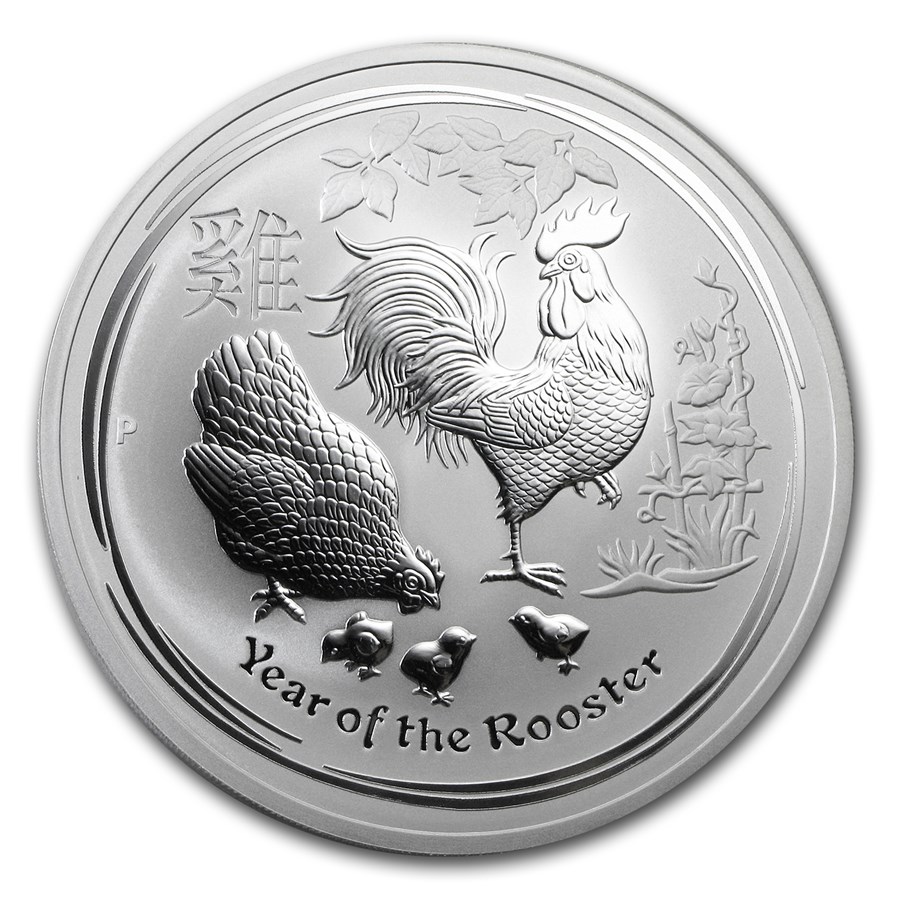 $27.38
As Low As
Product Details
Product Details
These larger-sized Silver coins celebrate the Year of the Rooster, the tenth animal in the 12-year cycle of the Chinese zodiac. The Perth Mint combines .9999 fine Silver quality with a unique design, creating both investment and collectible appeal.

Perth Mint's Australian Lunar Series II collection epitomizes the rich tradition of minting spectacular bullion coins by portraying animal themes from the Chinese Lunar calendar. The reverse design changes each year based on the Chinese lunar calendar, and the 2017 reverse celebrates the Year of the Rooster. The birth dates for people born in the Lunar Year of the Rooster include 1921, 1933, 1945, 1957, 1969, 1981, 1993, 2005 and 2017. Those born in these years are said to be hardworking, loyal, honest, and sociable.

Beautiful Coin at a great price!

Great price on a beautiful coin

There are spots in these coins

Spots on 80% of these coins

Merchant response: We're sorry to hear this items were received with spotting. Our post-shipment team will reach out to you soon.

One of the best coins to buy out of the Lunar series because of the lower premium per ounce. Plus the mintage for the 10 oz coins are always pretty low. Beautiful coin!