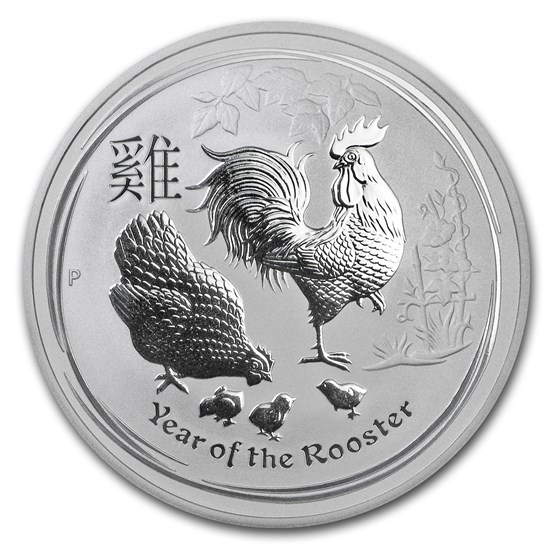 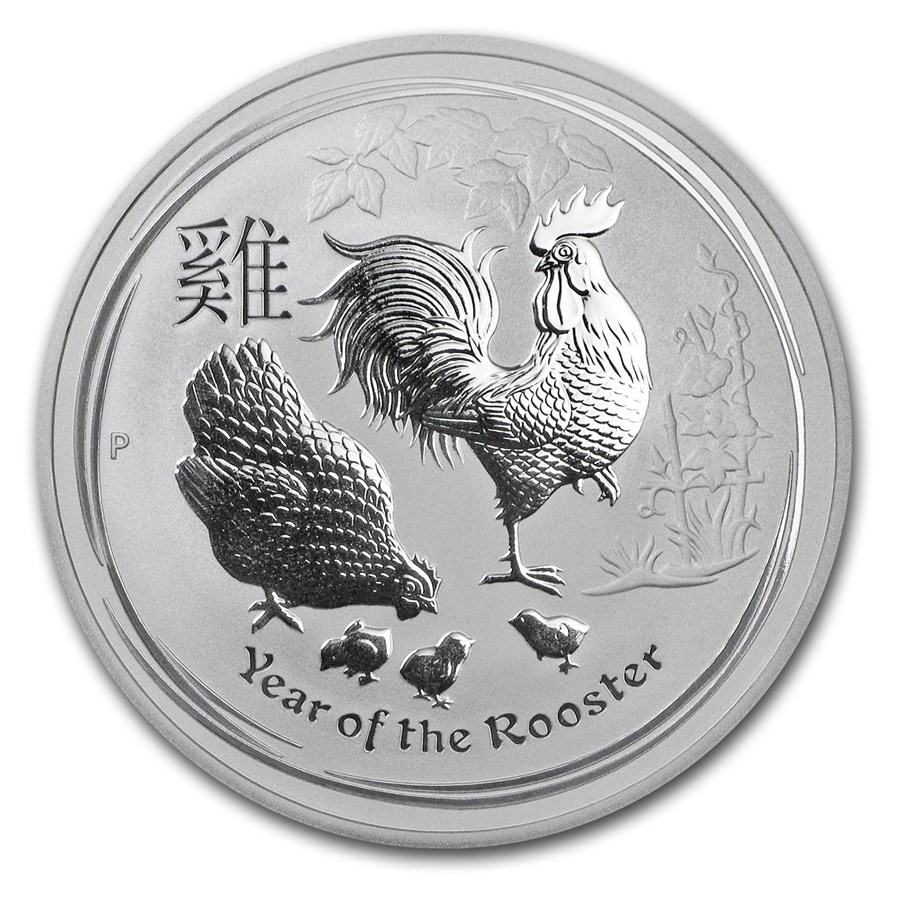 Product Details
Product Details
The Perth Mint's lunar series has been incredibly popular since its first release, and this 2017 edition will continue the stellar tradition of excellence from the renowned Perth Mint.

If you bought a 2011 Silver Lunar Rooster coin when released, you would have a 5x gain on premium investment alone.

really nice piece and I know there not a whole lot of them left for sale out there. they will be hard to find. definitely a great piece to add to a collection

this is a very attractive coin. the reverse proofing of the birds gives off an almost 3d depth to the coin. sharp but simple background is complementary to the bird figures. this is a great gift for anyone born in the year of the rooster. or just to collect.

I choose a standard delivery and they ship it immediately as I ordered, the product is in very good condition and come along with a seal. Really a good deal for collectibles, highly recommend I will be buying more

" BEAUTIFUL!! !! ... " Pictures here do not do this very Beautiful Coin Justice!! The coin arrived in an individual capsule to further protect the coin. Just LOVE LOVE LOVE the way the Rooster, Hen and their chicks just POP OUT at you when looking at it in the sunlight!! I just LOVE THIS COIN Design!!

A large silver bullion, having a wider diameter than other 1oz sized coins. Another impressive release from Perth Mint's lunar series ll. Really good contrast bw the light of the shining rooster and the darkness of his brood. As with other coins in the series, the Chinese symbol for the animal associated with the year in the lunar calendar ("Rooster") is prominantly displayed on the reverse. I also like the more traditional, classy version of Lizzy on the obverse. She is the Queen, let her rock her crown!

This is my first time to buy silver product on APMEX. It comes in perfect condition. Love the Lunar Rooster coin!

Damon at APMEX recommended the Perth Lunar series. I like the quality of their coins, collectability, variety of sizes, semi-numismatic investability, and overall beauty of the designs. Packaged well and delivered on time.

My plan is to collect the entire series. The 20 coins came perfectly protected in one plastic roll with each coin in a sealed capsule. The attractive design with attention to detail on the small chicks is very cool. Perth mint....quality that's what I'm after.