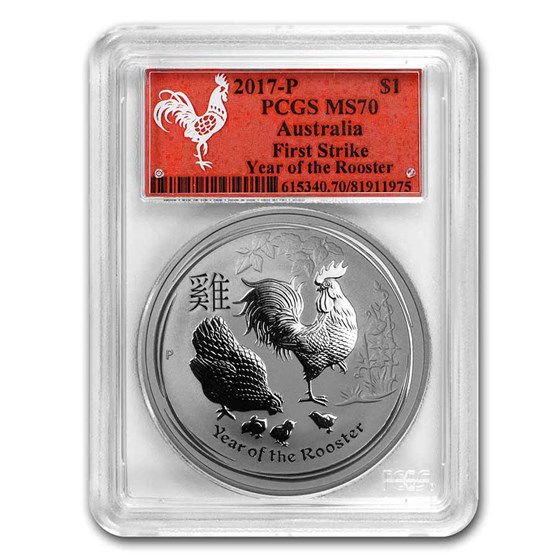 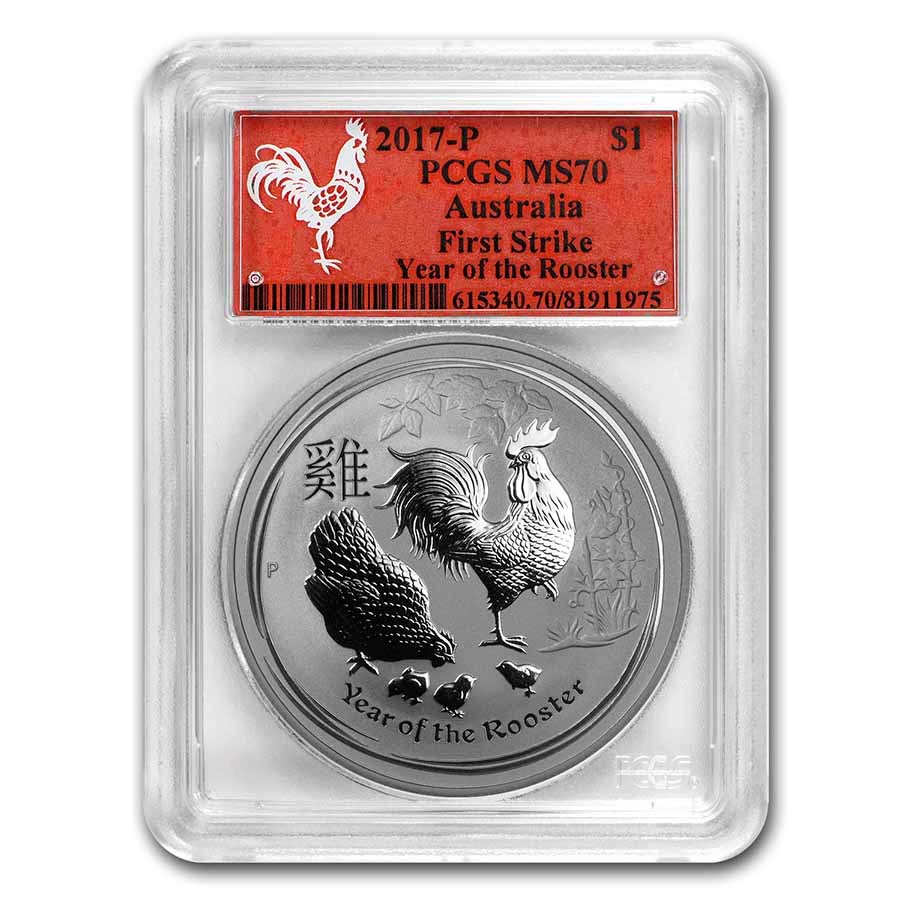 Product Details
Product Details
This Silver Lunar Rooster from Perth Mint is graded a perfect First Strike MS-70 by PCGS and comes in the APMEXclusive® Red Label holder from PCGS. With the mintage capped at 300,000 coins, Silver Lunar coins are highly sought after each year.

However, these MS-70 PCGS coins have a much lower population than the raw coins, with only 954 FS MS-70 coins in the Red Label. Typical populations for perfect MS-70 Silver Lunars are less than 2,000 coins of each year.