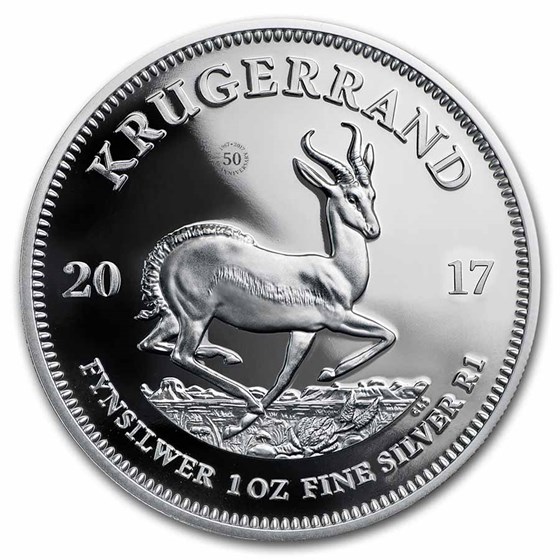 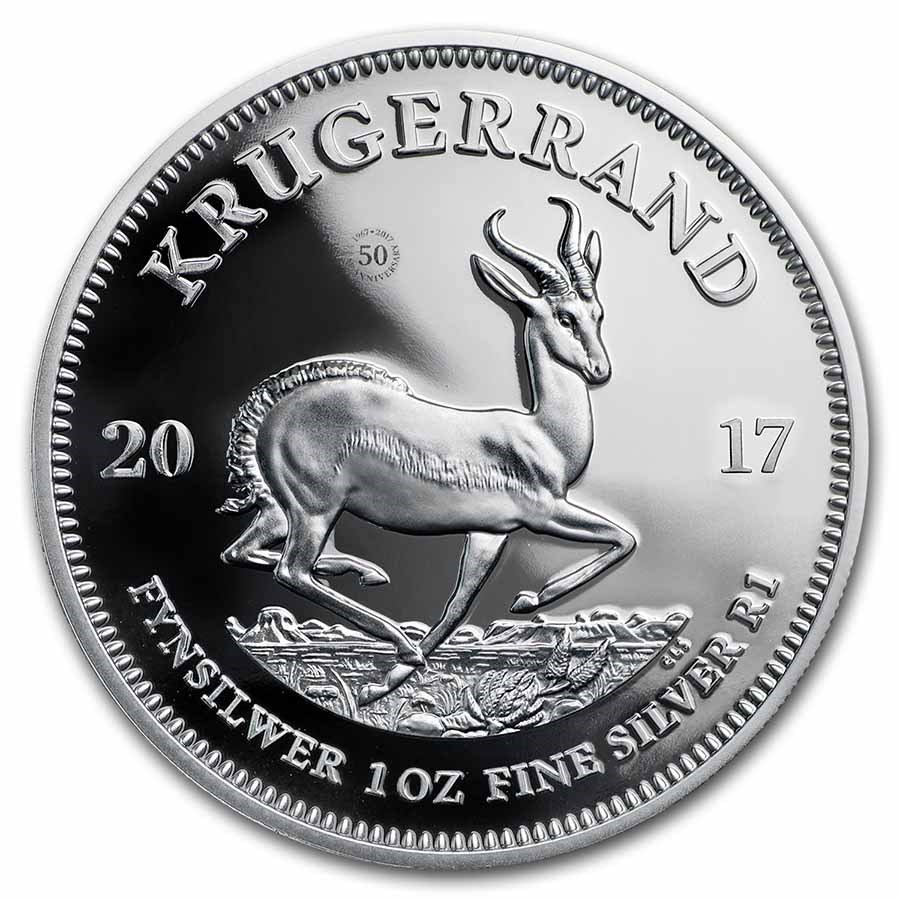 With its super low mintage of only 15,000 and first year of release status, this coin is sure to sell out quickly. Add the very first 1 oz South Africa Proof Silver Krugerrand coin to your cart today!

The Silver 1 oz proof features unparalleled gloss that highlights the distinctive Krugerrand design, making it an irresistible addition to any collection. Each coin is hand positioned and pressed several times at a lower weight, allowing for immaculate transfer of detail and ensuring a truly beautiful gloss every time.

I was skeptical about getting this coin. I waited until the price had gone up slightly but because of the popularity of the gold coin, I thought I would get the first limited proof silver coin as an investment. Only time will tell if it was a good decision. I have been changing my strategy with silver and purchasing mostly silver bullion and rounds, staying away from the collector coins. When I received this coin, it was secure in the packaging, thank you APMEX. The coin is stunning and I am happy that I made the purchase

I received 2 of these via different orders. Got them at a great price. Was an interesting purchase, for sure with limited mintage and the Kruggerand name. First silver issue is also an important consideration. These 2 coins were in superb shape and I had no problem with the packaging. As someone noted, APMEX is making sure they are secure. Very very happy with this acquisition.

Beautiful coin. Got here still sealed in the holder, guessing they changed the packaging.

Scratch on the coin

I bought this coin thinking it would be a proof coin with no large issues. It looks like there is a nice large scratch or finger print on the right side of the head by the A. Not very happy with that. I even made sure the plastic was nice and clean and there is no double reflection that would be a problem with the plastic.

Merchant response: Thank you for your feedback. We apologize for the condition in which the coin was received. Our Post Shipment team will contact you shortly to further assist.

Great service and very fast delivery of product. Simply can’t go wrong APMEX. The krugerrand coin is very nice and I simply bought it because of price point when I pulled the trigger.

Ordered 2 one came in capsule one out. One has as title says a big Milk Stain on it and they both Look like they got pretty banged around. Very disapointed for a proof coin.

Merchant response: We appreciate your feedback and are very sorry to hear of the condition in which these two coins were received. Our Post Shipment Department will contact you shortly.

Pretty coin to match my set

I too had been hearing about the issue with the way the SA Mint is packaging these. APMEX seems to have placed a foam insert in the mint box and mine was nicely secured on arrival. The proof coin looks very nice next to the BU version. Very cool year to be getting krugerrands ;)

This is the first time I buy a Krugerrand coin. I must say, as other clients, that the coin was inside its box from South African Mint but out of the protective capsule. Fortunately the coin was healthy and safe. I am very happy to be the owner of this coin.

I thought my situation was rare when I opened the box to find my coin out of the capsule and loose, very disappointing to spend this kind of money on a coin and have these basic issues. I understand this an issue of the mints and not APMEX.

I have the same complaint that almost everyone else has. I bought 5 of these proof coins and all 5 arrived loose and outside of the protective capsule. This is the South African Mint's packaging fault, and not APMEX's. I love the coin, and I am going to have all 5 PCGS graded. So, we will see how much the poor packaging impacted the coin's grade. I am not sending them back, because they are too rare and it looks like everybody's arrived loose and outside of the capsule.