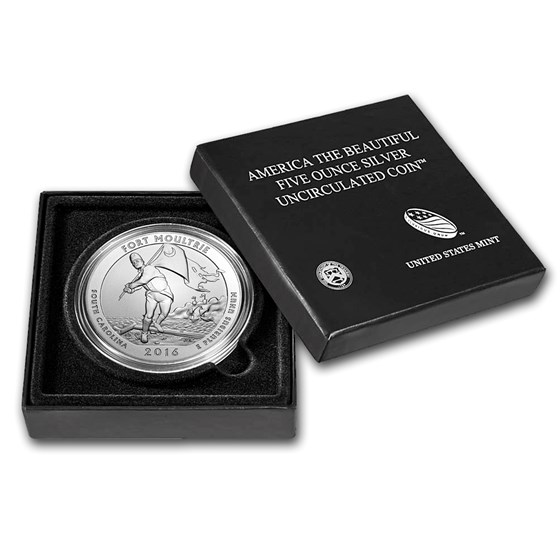 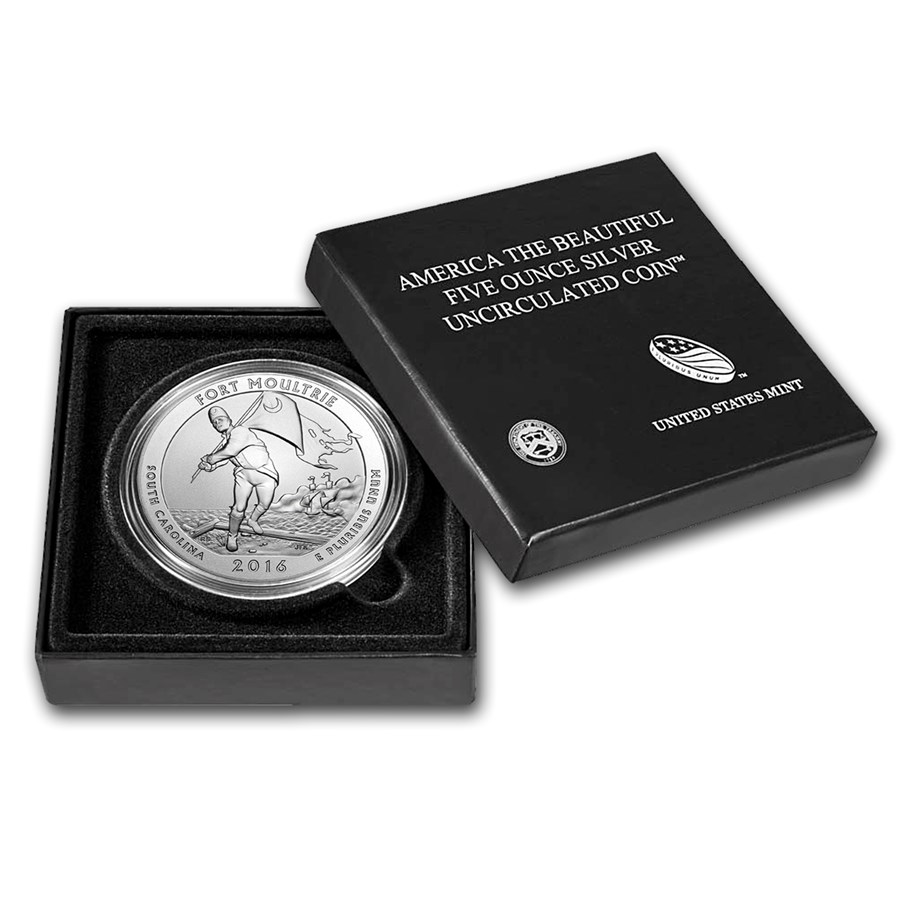 Product Details
Product Details
The Fort Moultrie at Fort Sumter National Monument in South Carolina is the fifth release in 2016 of the U.S. Mint's popular 5 oz bullion America the Beautiful series. This 5 oz coin is the collector version with an uncirculated finish and a box and COA.

Fort Moultrie was established as a national site in 1948 that, along with Johnson and Castle Pinckney, are part of a chain of defensive islands in the Charleston Harbor. The location of Fort Moultrie was an early flashpoint in the Revolutionary War. American soldiers led by Colonel William Moultrie were based on Sullivan’s Island, building a fort, when they were attacked by British war ships. The early American revolutionaries made a retreat but were able to prevent the British from capturing Charleston, thus the island was named in honor of Moultrie. When South Carolina secede from the Union in 1860, the forts again became a focal point, this time in the Civil War. As technology changed, the fortified naval armaments in Charleston Harbor became obsolete and were converted to National Monuments. Today, Fort Moultrie has been restored to portray the major periods of history during its use, from a World War II Control post all the way back to a small log fort built in 1776.