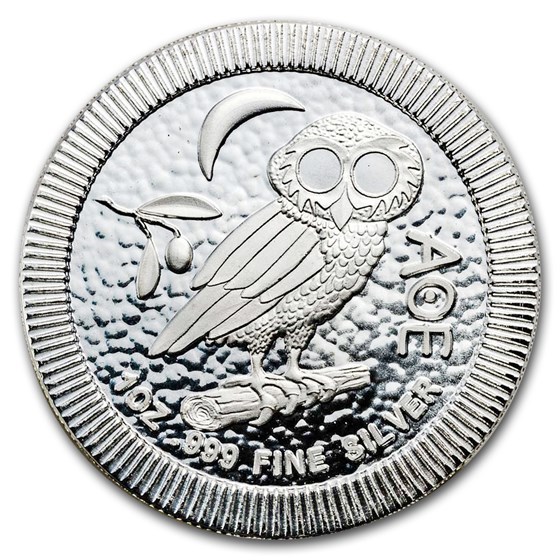 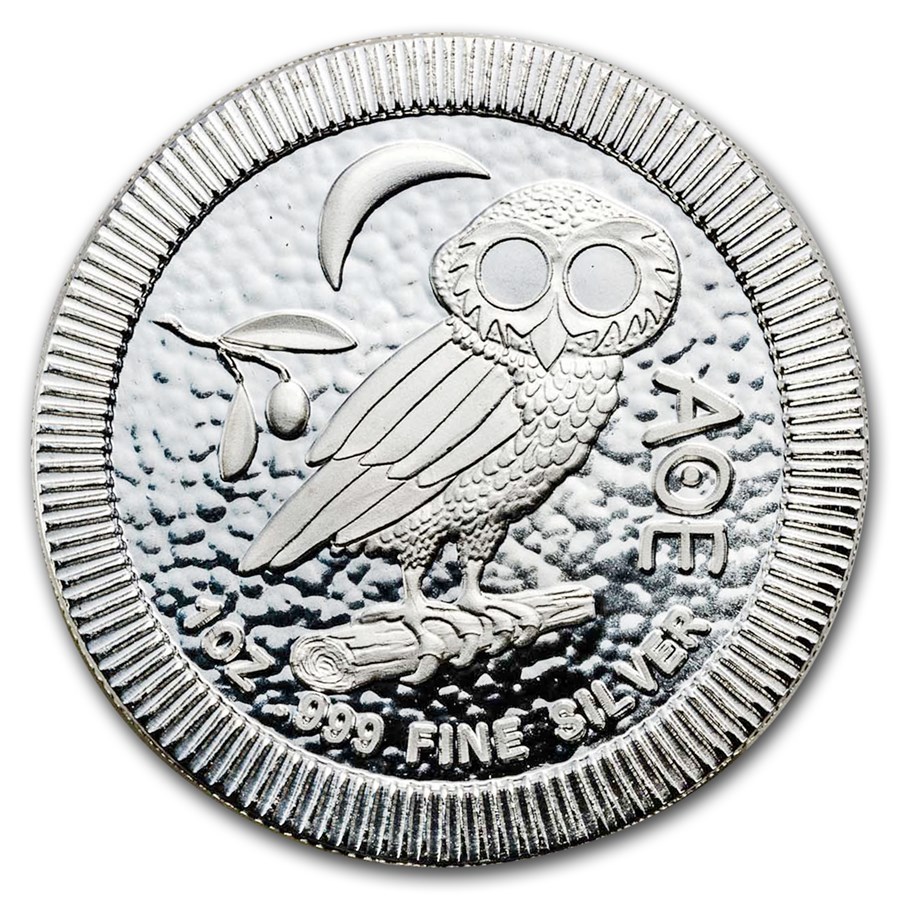 Product Details
Product Details
This coin features a stunning Athenian Owl. The coin combines the appeal of 1 oz of Silver with an elegant design that captures the true beauty of nature.

Protect your Athenian Owl coin by adding these cotton gloves to your order.

With a sleek design and low mintages for bullion, these coins tend to move very quickly. Add this 2017 Athenian Owl to your cart today!

Over 2,000 years ago the Athenian Owl Tetradrachm was the most influential coin in the world, the owl symbolizing strength, wisdom, and insight. In modern times "AOE" has become to stand for - Alethia Orno Eternia translating to -Truth, Honor, and Forever.

Great bullion round! The owl is timeless. I'm sure I'll buy more at some point...

Love these coins! Low premium for a sovereign mint coin with attractive unique design. Got my second tube when they went on sale this month.

I bought this more for the owl than for the silver content. Since I collect owls, I just wanted to add this to the collection.

A neat coin with a cool design in fine silver. Thank you for offering and delivering this coin.

Stacking these coins may damage the face

16 of the 20 coins that I purchased had abrasions on the relief of the owl where sections of the frosted finish had been scraped away.   One or more areas 1-2 square mm, typically near the 4th feather counting from the left.  It's disappointing that these just-released coins have such flaws.  Hopefully it was just a small batch of coins affected, the damage likely to have occurred during shipment from the mint and not from mishandling by APMEX.  There isn't much separation between the face and the rim between the coins when stacked, and on many of the coins I received in some areas the rim is flatter, the ridges not as sharp .  This could result in face contact between stacked coins.  APMEX may have noticed this possibility since each of these 20 coins was shipped in individual flips, not a plastic tube.

Merchant response: Thank you for your feedback. Your return process is currently underway.

Initially I started collecting silver as an investment, but now I want to at least have a representative of each animal that I can find. I like the design on this coin. It reminds of the movie Clash of the Titans.

These are stackable - clever ridges around the rim. Not my thing, but go for it. The design is what grabs you; this little feathered Greek guy. Never see one in flight; they just perch hunch-shouldered and stare. Quiet too. Going to be uniquely sought after in a few years - and always worth $2 and their weight in Ag. I like 'em. Elizabeth looks good, her new portrait; and the hammered tone field sets both subjects off well. Five are enough for me; you may feel differently. The more owls you have, the wider Athena's smile - and the smarter you become. They say.