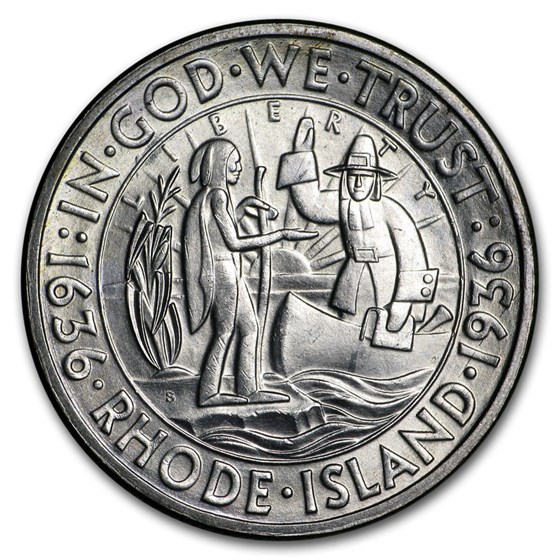 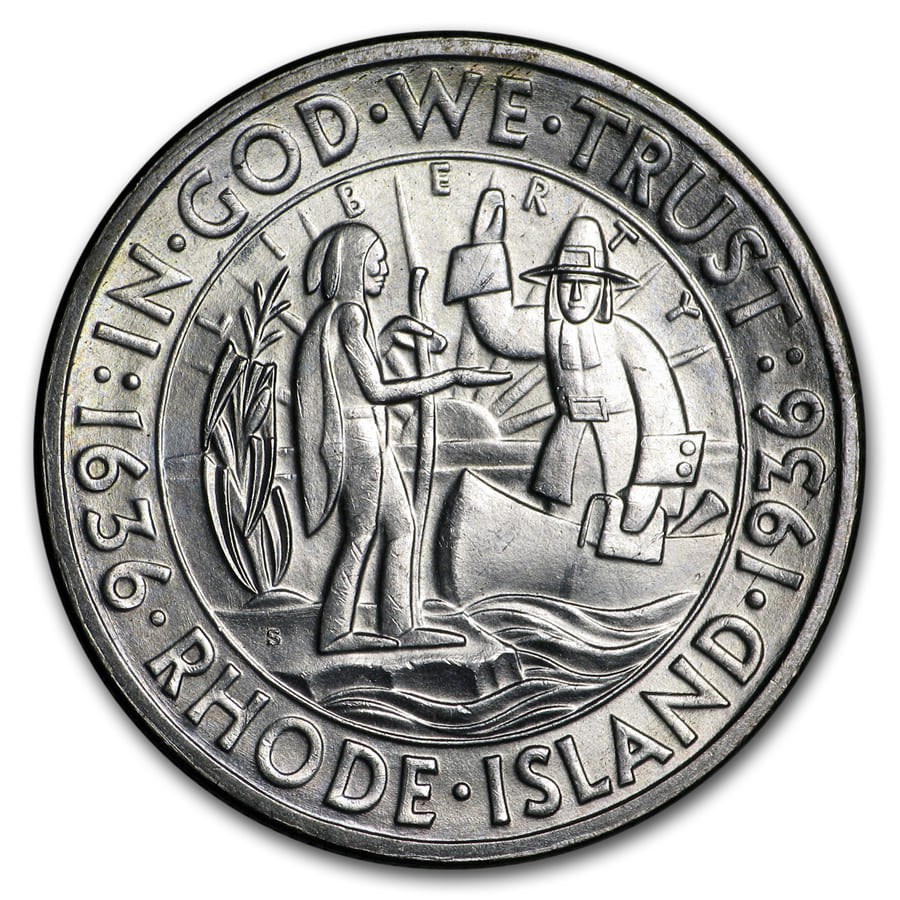 Coin Highlights:
Protect and display your Rhode Island Half by adding a protective display box to your order.

This coin will make an excellent addition to any collection. Add this 1936-S Providence, Rhode Island Tercentenary Half Dollar to your cart today!

Although the founding of Providence was being celebrated, no mention of the city is to be found on the coin.