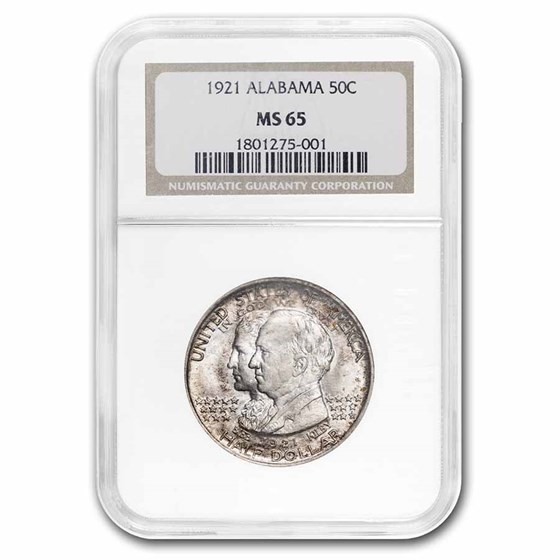 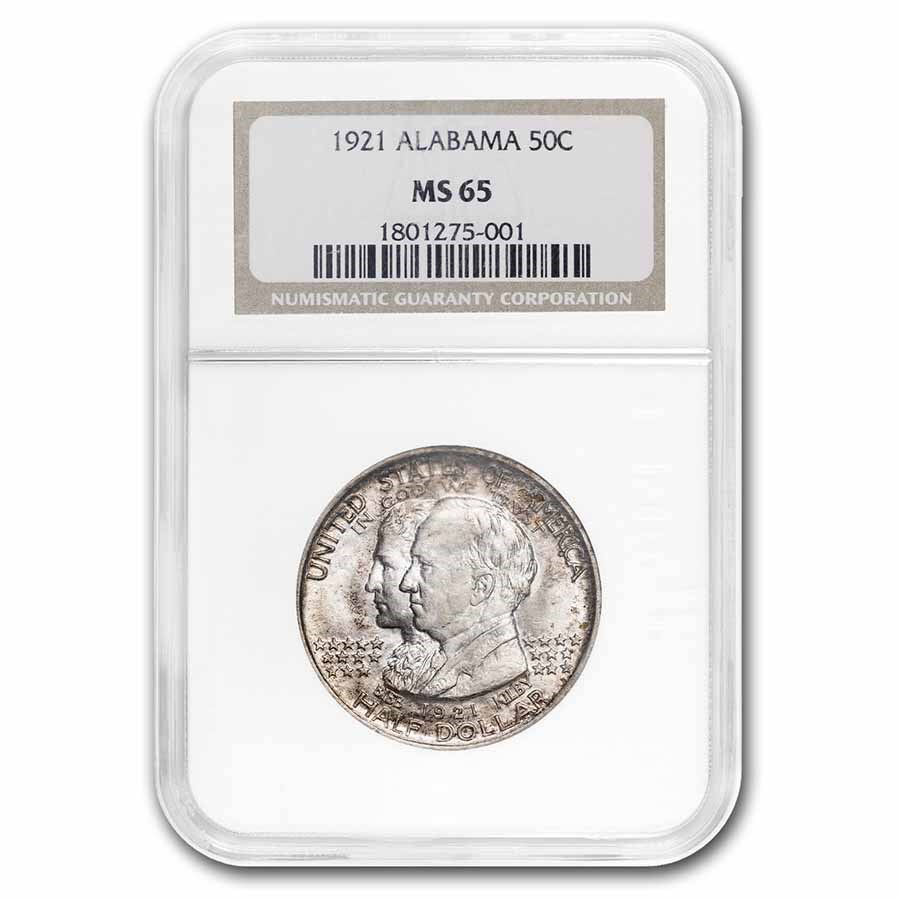 Product Details
Product Details
The Alabama Commemorative Half Dollar was minted namely for local pride as its committee was nearly defunct by the time the coin was minted in 1921, 2 years after Alabama's centennial celebrations.

Coin Highlights:
Protect and display your Alabama Centennial coin in style by adding an attractive display or gift box to your order.

Add this 1921 Alabama Centennial graded half dollar to your cart today!