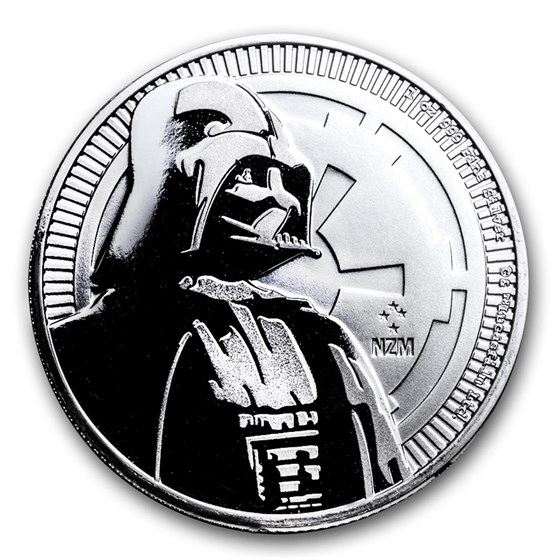 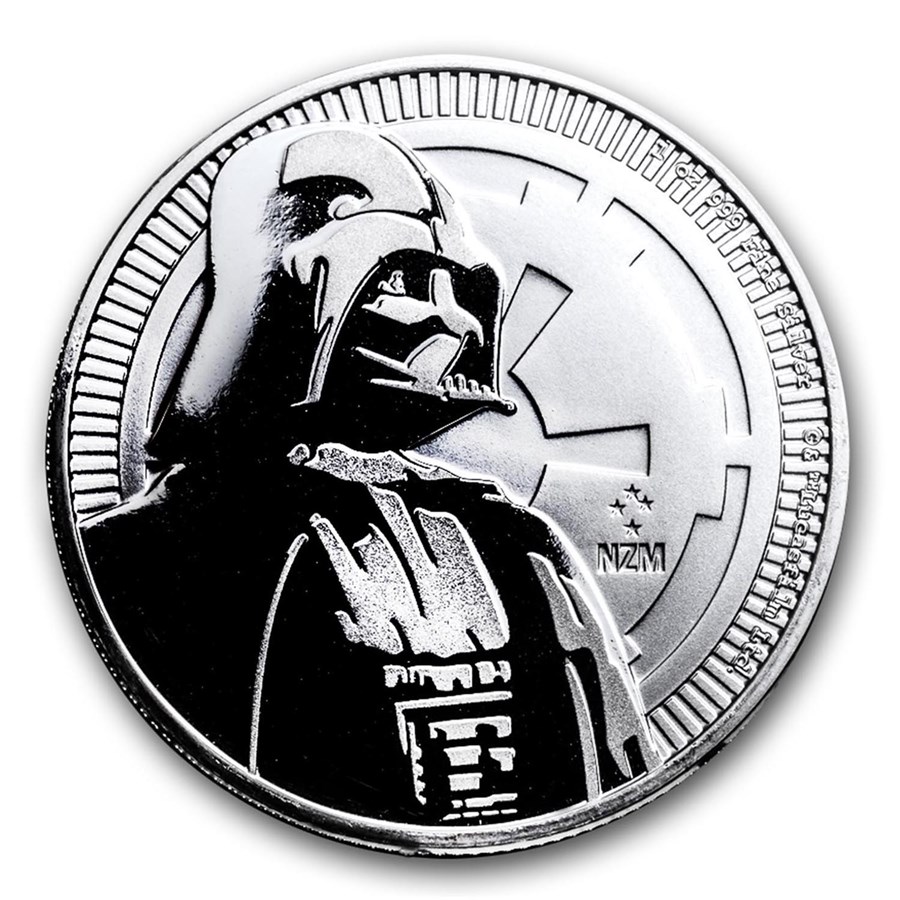 Your purchase is guaranteed to match the quality of the product shown. It will not be this exact item.
Product Details
Product Details
Officially licensed STAR WARS coins with a limited worldwide mintage of 250,000 coins are highly sought after collectibles!

Coin Highlights:
Be sure to grab this highly collectible coin immortalized in .999 fine Silver. Star Wars mint coins are a great gift for a young numismatist or Star Wars fan of any age. Add this 1 oz Star Wars Darth Vader coin to your cart today! And may the Force be with you!

New Zealand Mint:
The New Zealand Mint is a privately owned company in Auckland, New Zealand. It is the only privately owned mint in New Zealand, purchasing refined Gold from international sources to produce coins. They have established their reputation over the past four decades for their high quality design as exhibited by their innovative commemorative Gold and Silver bullion products. The only precious metal mint in New Zealand, the mint uses the tag-line “Minters of the South Pacific” and produces collector and bullion coins for a number of pacific nations, including Fiji, the Cook Islands, Niue and Tuvalu.
The Silver Darth Vader coin has a limited mintage of only 250,000 coins.

This coin has an amazing finish. It shines so nicely and Darth Vader looks extremely nice. Will likely buy more as gifts. I like this a lot more than the 2018. Hoping they add other characters to their designs for 2019.

Absolute beauty. Its a must for any collection. You can t go wrong with this one. I would recommend an air tite black gasket capsule to put in. Like i did. Stunning.....

May This Coin Be With You

If your a Star Wars fan it's a collectible. Sharp looking. Mint.

Beautiful finish, exceeded expectations, pictures do not do it justice

Who doesn't like Darth Vader? The resurgence of Star Wars movies is great but there is nothing like this classic villain. I bought this as well as the Mint Direct Premier single.

I came back for more.

There is just something about this coin that looks great. I ended up coming back for more. If you like Star Wars and you like silver, then I suggest you get this.

Picture doesn't do it Justice!

Love the different finishes of the Silver! Makes it a very flashy coin. No regrets here! Came in fantastic condition! Wish we got more! Fast shipping!:)

Star Wars fanatics will want one...

With such a low mintage, Star War fans will fight to get one of these in their collections of memorabilia...when they are gone, the price can only go up. Will be a nice birthday present for my niece, Rogue One.