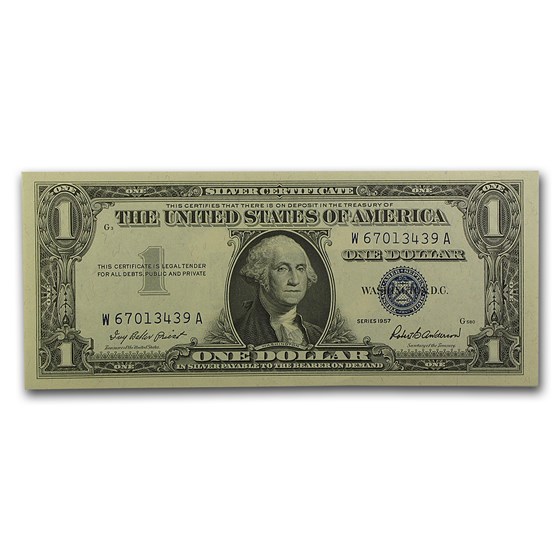 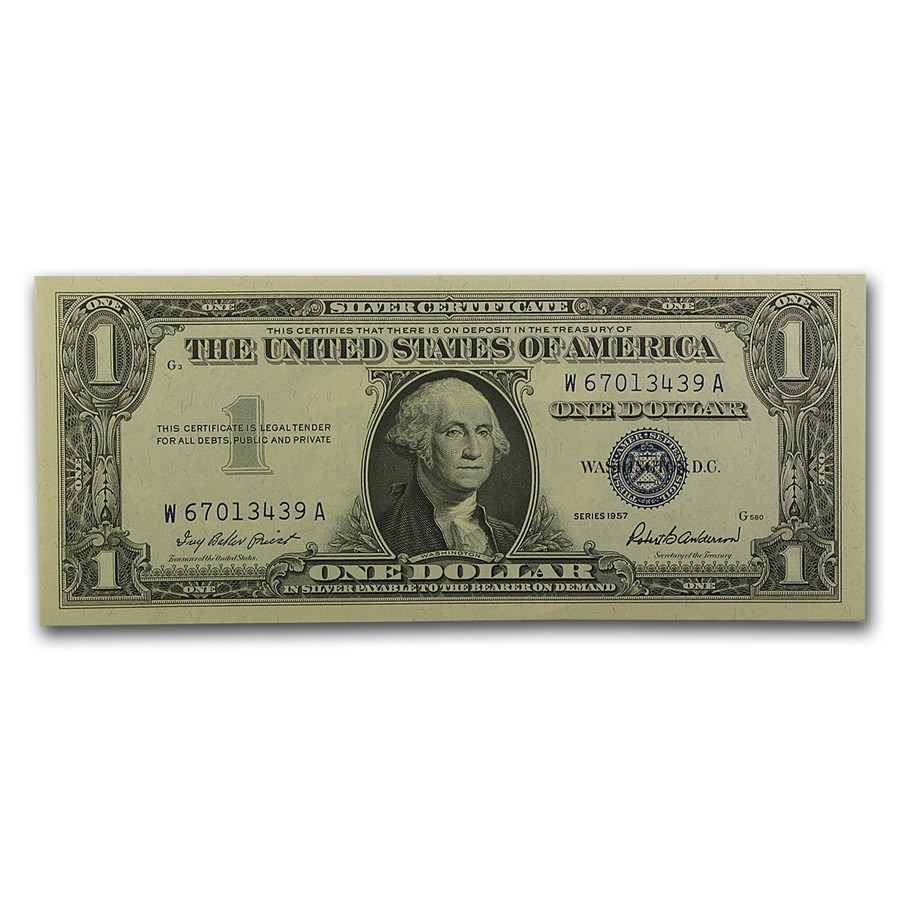 Product Details
Product Details
Series 1957 $1.00 Silver Certificates in Crisp Uncirculated condition. For those small size-note collectors that add to their holdings by Friedberg number, these gems will fill that hole in your collection!

Currency Highlights:
Series 1957 were some of the last $1.00 Silver Certificates printed during Dwight Eisenhower's presidency. Add some of these great conversation pieces to your cart today!

Although over 2.6 billion were printed, examples in Crisp Uncirculated condition are getting harder to find! These were the last Silver Certificates issued and the last denomination to be replaced with Federal Reserve Notes beginning in 1963. The Treasury Department stopped redeeming these notes for Silver in June of 1968, but they remained legal tender.