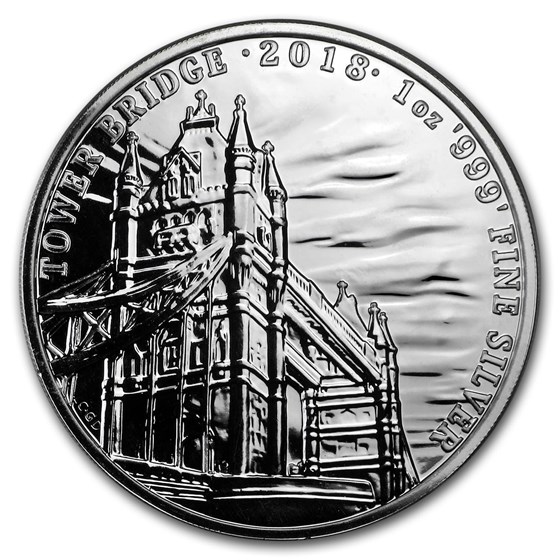 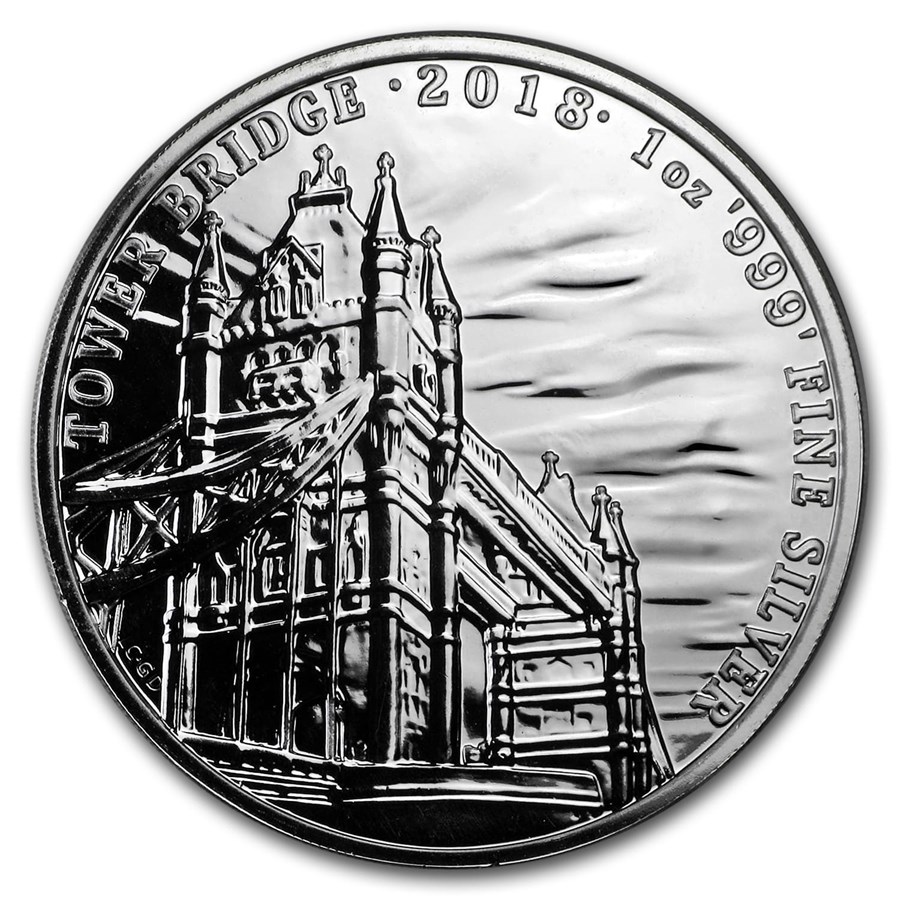 Coin Highlights:
Display your Silver Landmarks of Britain Tower Bridge coin in style by adding an attractive presentation box to your order.

Tower Bridge
Instantly recognizable to people from across the world, Tower Bridge rises above the river Thames and is an integral part of the London skyline. An outstanding example of nineteenth-century design and engineering, people still marvel at the bridge when it is raised to let tall ships pass upstream. It was built between 1886 and 1894 and is a bascule and suspension bridge, with its deck accessible to both vehicles and pedestrians.

Listed as a 'Deal' at the time, and in capsules too - wishing that I'd bought more. High-grade, proof or near-proof.

I bought this to be entered in the current contest Apmex and The Royal mint are having and ended up with a beautiful coin, Thanks Apmex(and the US mail) for the lightning fast shipment.

I'm putting together an album of bullion coins from around the world and most of the coins I've received are mint condition or close to it. Thank You

Another perfect condition beautiful coin. Absolutely love these coins. Five stars highly recommend gorgeous. A must have in any collectors edition. Thanks again apmex

Very nice coin, in a extreamly low mintage series. Get real 50K World wide. I'm collecting several sets, because I believe it will be a money maker with in 10 years,& I'll all ways keep one set for me. Smart money will get this relatively inexpensive coin.You snooze you loose.