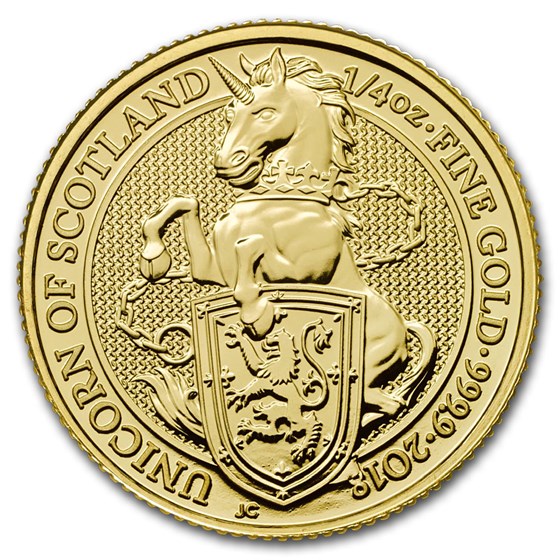 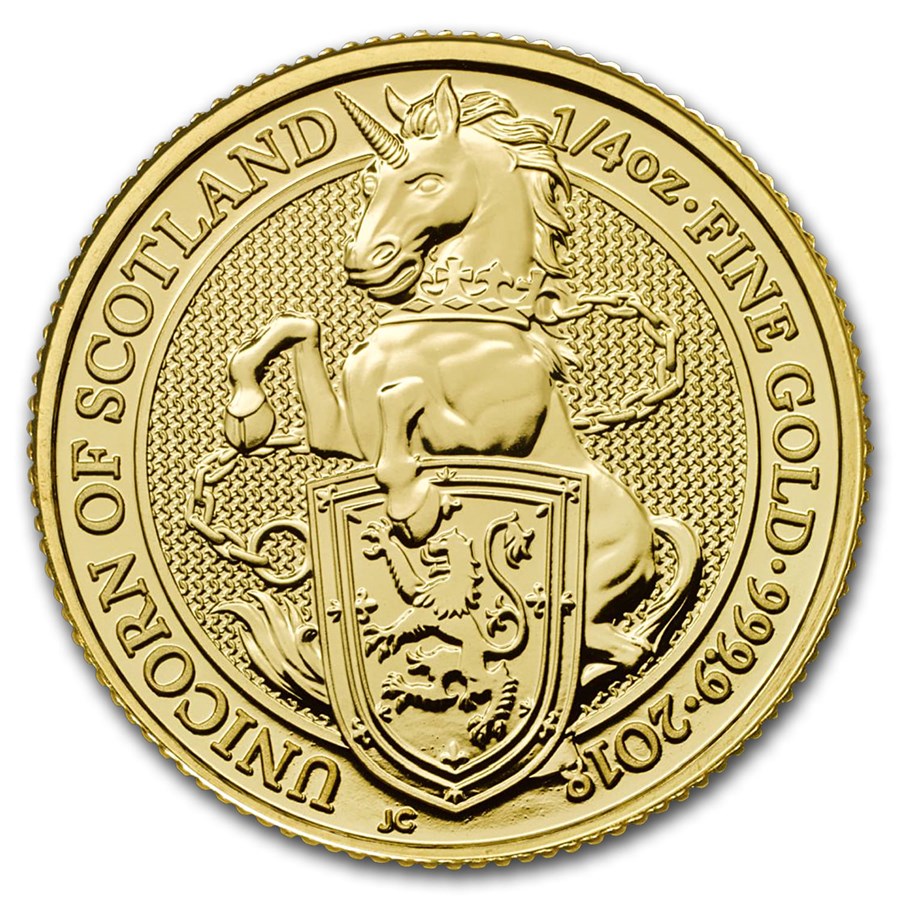 Coin Highlights:
Display your 1/4 oz Gold Queen's Beasts: The Unicorn in style by adding an attractive display box to your order.

Add the fourth coin of this exciting new 10 coin series to your cart today!

An enduring symbol of strength and beauty, it’s easy to see how the unicorn came to be used in heraldry. It first appeared on Scottish heraldry in the twelfth century, after William I created an early form of the Scottish coat of arms. James I of England, who united the English and Scottish thrones, chose the Scottish Unicorn to join the Lion of England to support the Royal Arms. They have supported this shield, which symbolizes the sovereignty of Her Majesty The Queen and represents the unity of the United Kingdom, ever since.
The 2018 Gold 1/4oz Unicorn is the first of the Queen's Beast series to feature The Royal Mint's new guilloché obverse design.

I was attracted to this coin and it was my first purchase on APMEX. I turned out to be a great experience, I love the coin and it is flawless.

beautiful coin. design much prettier upclose than in the picture. i wear it with a bezel setting on a chain. would highly reccommend

The Queen's Beasts are the first gold anything I've ever owned. Absolutely beautiful coins!!! The design and condition are amazing. Thank you APMEX!

I am blow away at the amazing quality and beauty of the coin. perfect weight and platform for this design. I plan to collect the entire series to add to my 1/4 oz world bullion collection. Thanks Apmex, you do not disappoint. Another satisfied customer. Mouse

Nice design with a reasonable premium.

Very nice coin, and very happy to buy it. I buy with trust in APMEX for their customer service and Fast Shipping.

At last. I have my collection completed till March. What a dream come true. Thank you Apmex.