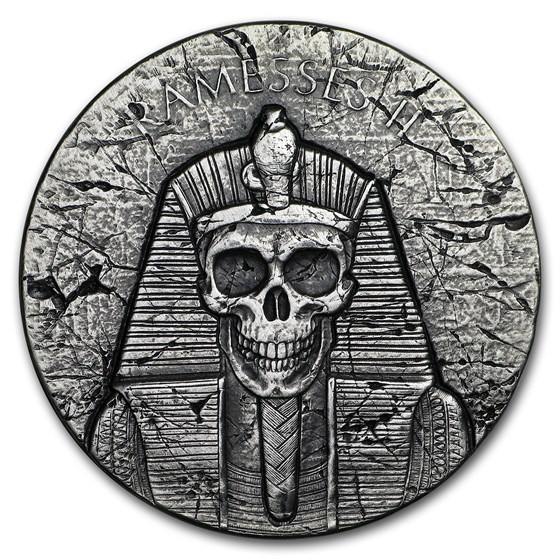 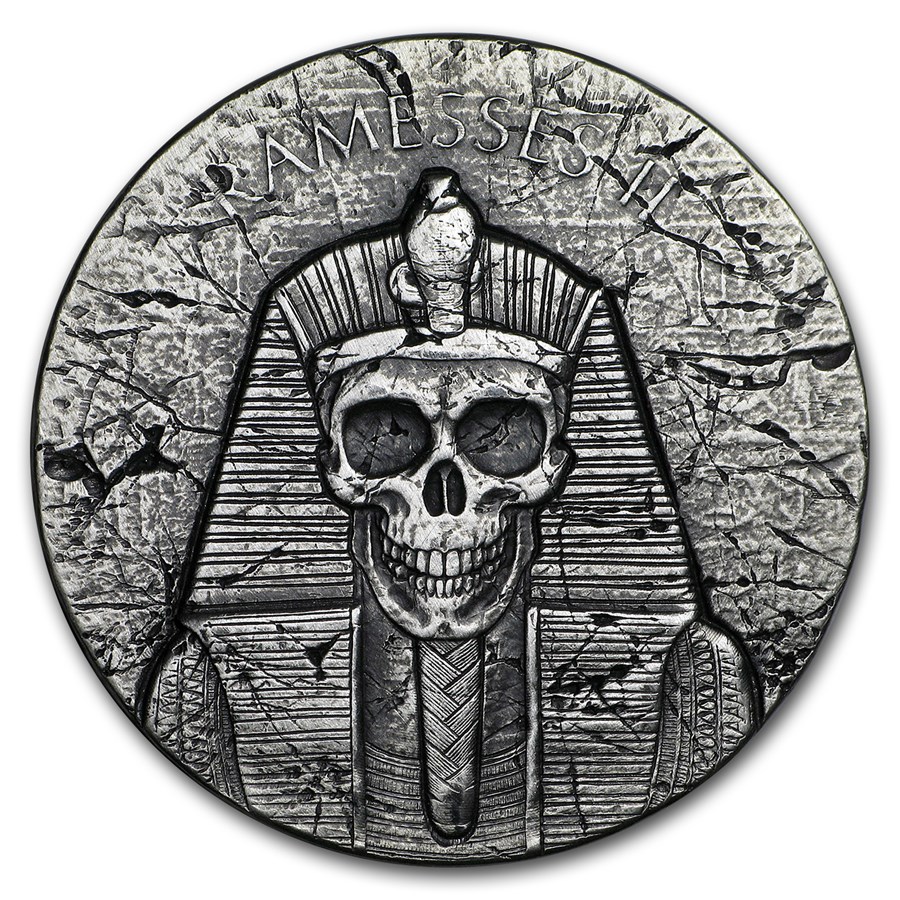 Born around 1303 B.C., Ramesses II, also known as "Ramesses the Great," reigned as pharaoh over the Egyptian Empire from 1279 B.C. to 1213 B.C. He is regarded as one of the greatest and most powerful pharaohs of the Egyptian Empire. At the age of 14, Ramesses II's father Seti I appointed Ramesses II prince regent. Less then 10 years later, Ramesses II would ascend to the throne as pharaoh. Ramesses' greatest accomplishments include numerous victorious campaigns against the Canaanites, Hittites, Nubians and Sherden sea pirates; construction of a new Egyptian Capital - Pi-Ramesses; the Ramesseum (a temple complex); construction of numerous colossal statues that bore his image throughout the Egyptian Empire; and creation of arguably the world's first peace treaty - a treaty signed that ended the conflict between Egypt and Hatti.

These exceptional Silver coins would be perfect for any collector. Add this 2 oz Egyptian Relic Ramesses II After Life coin to your cart today!

Ramesses' rule over the Egyptian Empire lasted nearly 70 years. His leadership helped shape much of Egyptian culture, religion, and aided in the restoration of the empire's borders, ushering in security and an increase in trade throughout the Egyptian Empire. Upon his death at the age of 90 or 91, Ramesses was originally buried in tomb KV7, located in the Valley of the Kings. His body would later be moved to a royal cache where it would remain until being discovered in 1881.
There are only 50,000 Silver 2 ounce Ramesses Afterlife coins from the Republic of Chad available worldwide!

Very nice and interesting. Looks like it was taken off the wall.

i bought two of these coins. i will make necklaces out of them and sell one and keep the other. im seriously thinking about buying a couple more of these coins for same purpose I was impressed with every thing about these coins

ohhhh this one is awesome

I purchased this and a few of the other Egyptian Relic Series coins as I like to collect the silver and gold pieces from around the world. This one stood out as the most unique & I really appreciate the craftsmanship and level of detail. These coins will likely be quite difficult to find in the future and this one is clearly the most "eerie" coin out of the bunch. Fans of silver stacking can find prices much lower, however these coins will likely only have one way to go (UP!)