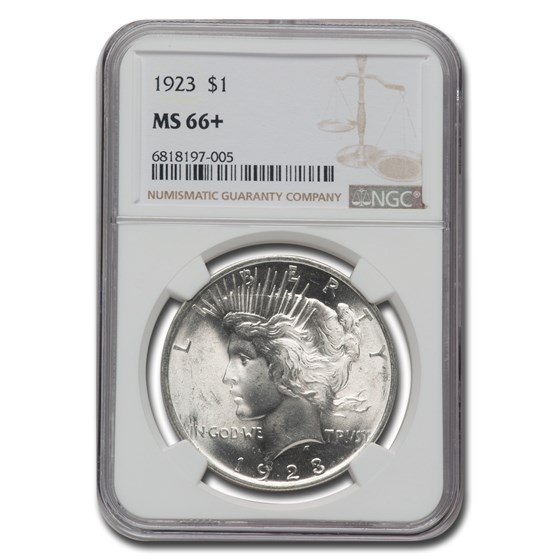 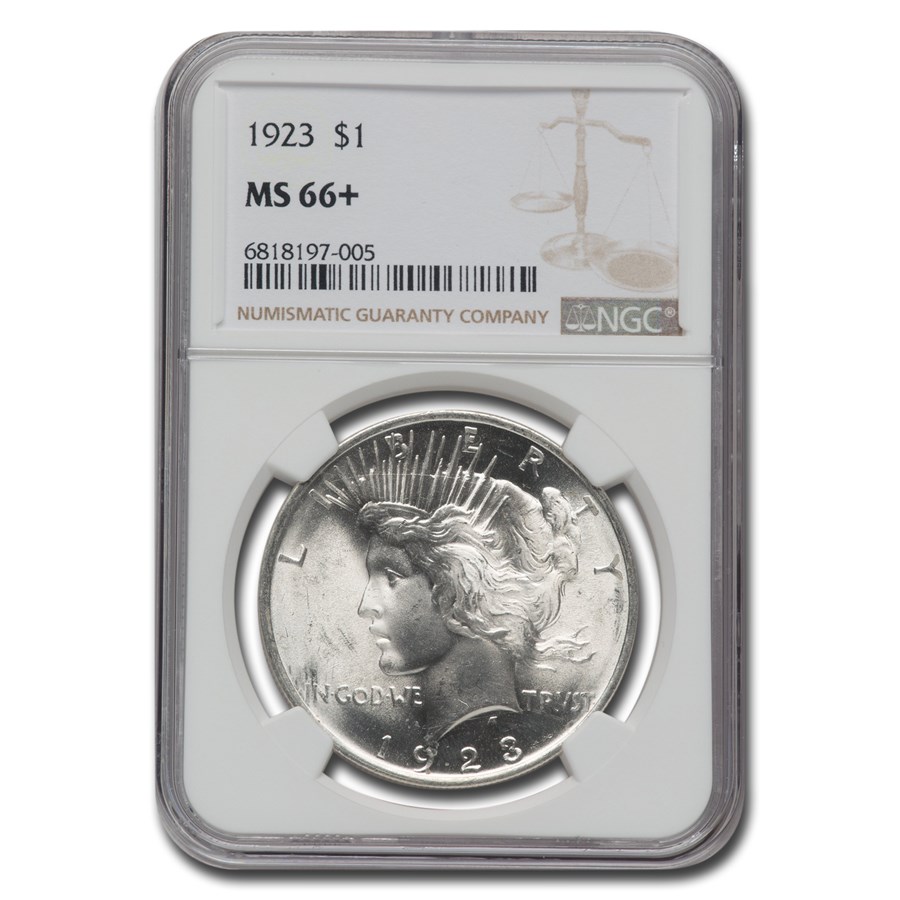 Product Details
Product Details
Used as currency nearly a century ago, these Peace Silver Dollars were minted to commemorate peace after WWI. This 1923 Peace Dollar has received a high grade of MS-66+ from NGC, a top coin grading service.


Protect your PCGS certified Peace Dollar in style by adding an attractive presentation box to your order.

The Peace Dollar will add instant value to any Silver Dollar collection. Add these NGC certified MS-66+ 1923 Peace Dollars to your cart today!

1923 Peace Dollar MS-66+ NGC
The 1923 Peace Dollar was designed by Anthony de Francisci, who was a student of Augustus Saint-Gaudens, one of the most celebrated sculptors of his time. De Francisci's design was chosen from among several entries submitted to the United States Mint. The coin was minted at the Philadelphia Mint and 40,000 coins were produced.

The 1923 Peace Dollar is significant because it was the last commemorative coin minted in the United States for nearly fifty years. The coin is also rare and valuable, making it a popular collector's item. In 2002, a 1923 Peace Dollar sold at auction for $825,000.

The History of the U.S. Mint
The United States Mint was created in 1792, making it one of the oldest institutions in the United States. The Mint is responsible for producing coins for the United States, as well as commemorative coins and Congressional Gold medals. The first coins produced by the Mint were Copper Cents, which were minted in 1793. In 1794, Silver Dollars and Half-Dollars were added to the production line.

In 1835, Gold coins were added to the lineup, followed by Platinum coins in 1997. Today, the United States Mint produces coins in a variety of metals, including Gold, Silver, Platinum, Palladium and Copper.

The United States Mint has produced some of the most iconic American coins throughout its history. These include the Lincoln penny, the Jefferson nickel, and the Roosevelt dime. The United States Mint also produces commemorative coins and Congressional Gold medals, which are given to individuals or groups who have made significant contributions to American society.