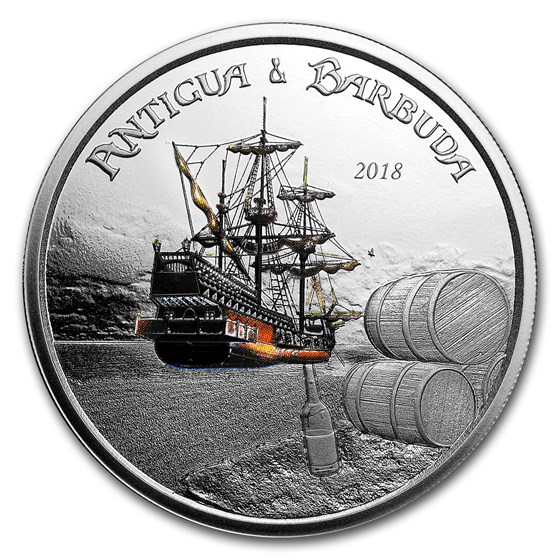 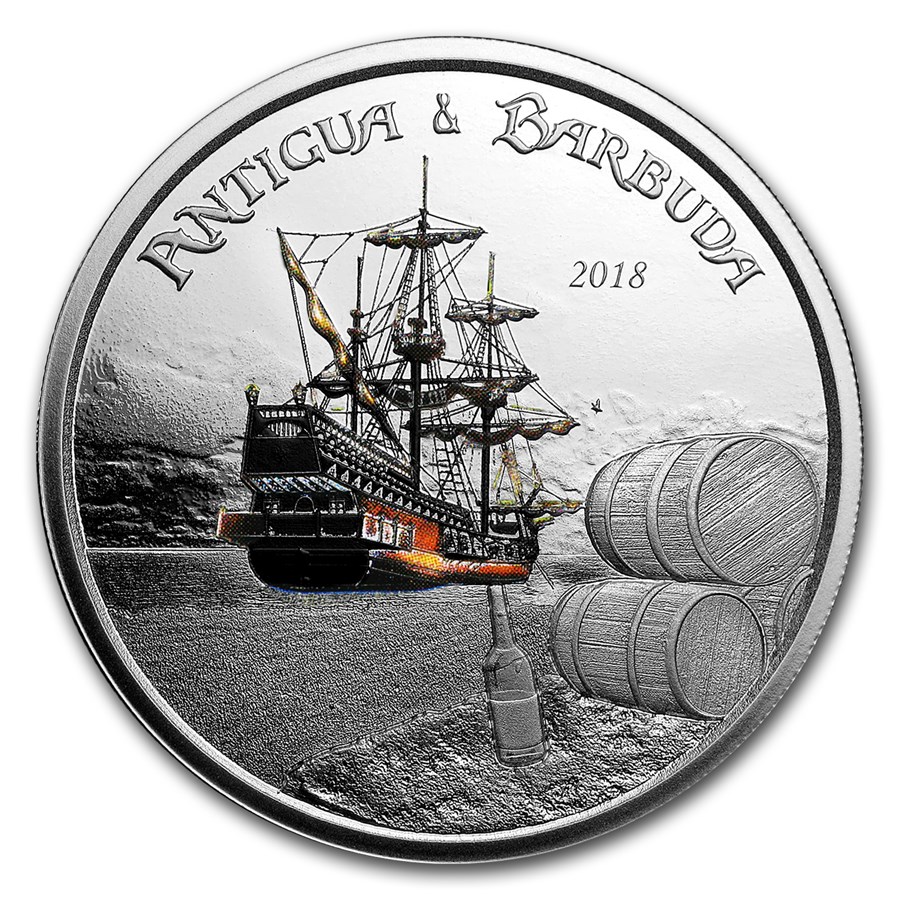 Product Details
Product Details
The Rum Runner is the first issue in the new EC8 (Eastern Caribbean 8) coin program. Issued from the country of Antigua & Barbuda, this coin is the first of eight releases in this historic series featuring low mintages and rich designs.

This a very nice coin.

Captures the imagination of the high seas Pirates of yore.

I love the history this coin represents.

A incredibly beautiful coin satisfying my lust for eye candy, stick-to-itiveness and sheer pleasure. As for my "eye candy" this is by far thw best Color Commemorative Proof yet. The silver coin at first glance is completely unassuming.... And remains as such when one studies it. The colorized areas are beautifully subtile being cunning and crafty. No over brilliantly plastic fantastic with this coin. Extremely well done bravo!!!

It is a beautiful coin. I'm satisfied.