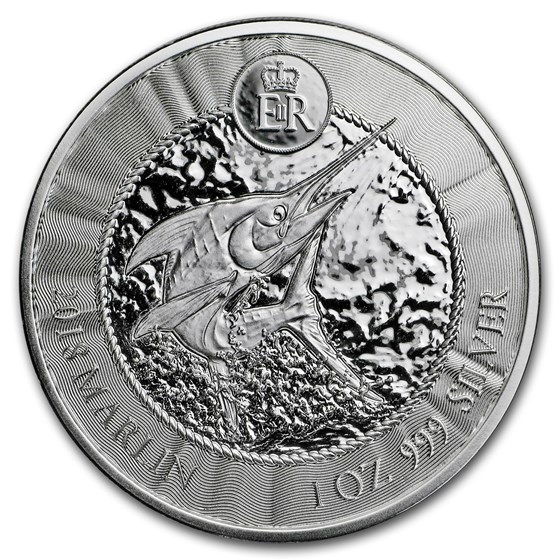 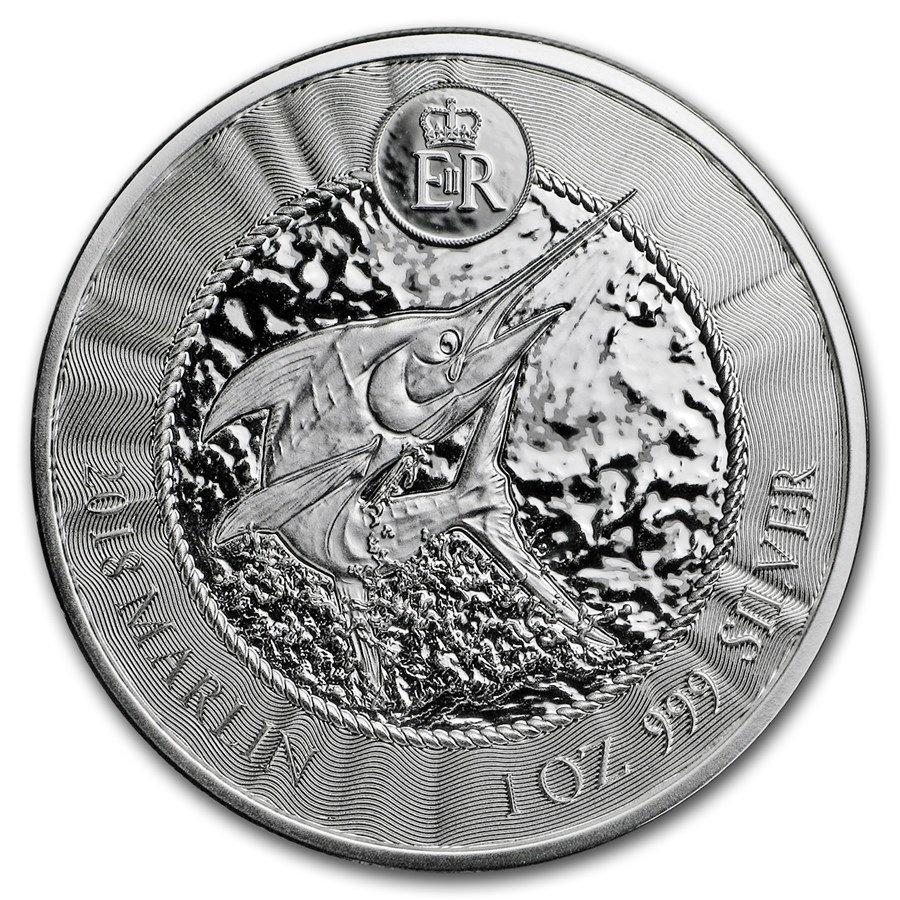 
Surrounding the Marlin is a rippled effect in the Silver that has the distinct look and feel of the water's surface. Scottsdale Mint is known for their excellence in Precious Metals minting, and this coin is one of their best programs yet. Add this beautiful 2018 Cayman Islands Silver Marlin coin to your cart today!

One of my favorites

These have slowly turned into one of my favorites coins to collect. The design is so well done and not too bad in regards to premiums

This is a truly well designed coin and a stunning piece to hold. The wavy radial lines compliment it very well. At a mintage of just 50K, the 2018 Marlin makes for a great bullion coin to add to one's collection. Buy with confidence as this is a high quality coin.

this coin is stunning it comes in a real airtight plus its attached to a protective card from the mint , get some you will like them.

Really beautiful coin, this one is in the display case!