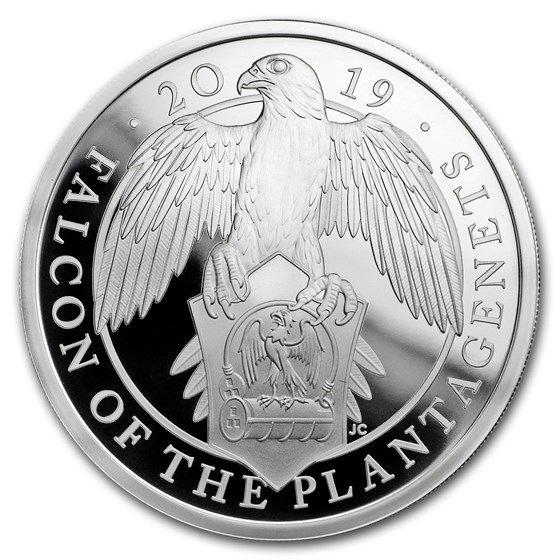 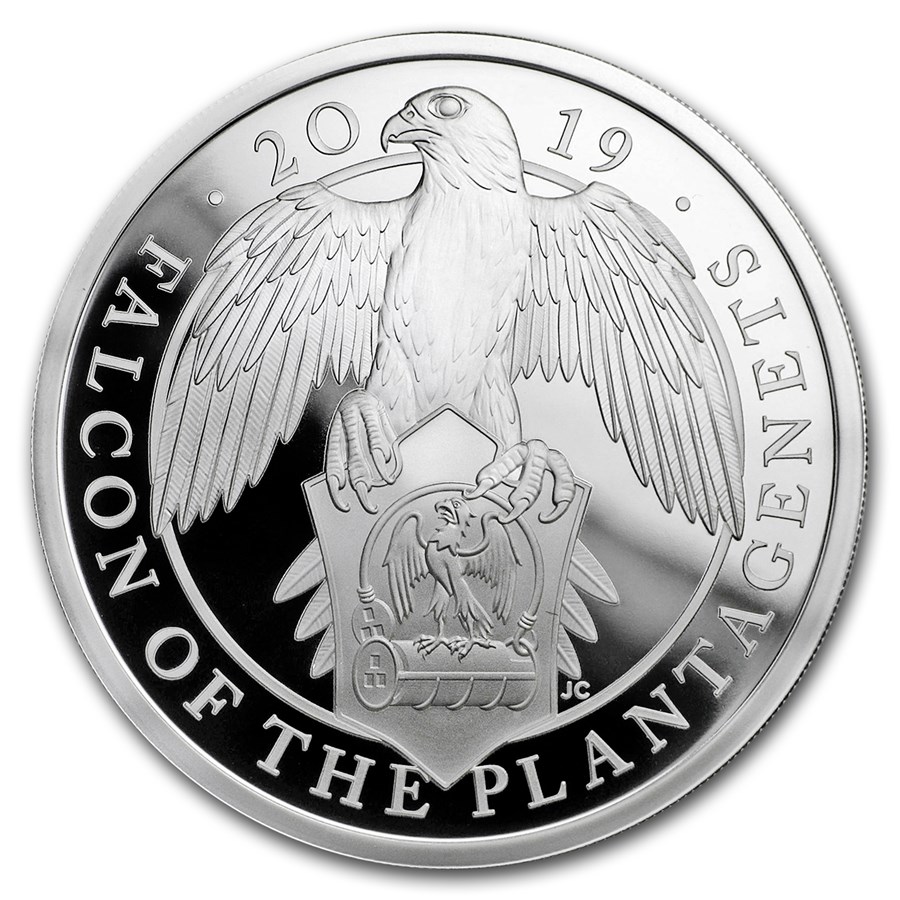 Your purchase will match the quality of the product shown.
Product Details
Product Details
The fifth release in the Queen's Beasts Proof coin series presents the Falcon of the Plantagenets, which came to The Queen through Edward IV. This .999 fine Silver Proof coin has a limited mintage of 5,500 coins in this limited edition presentation style.

This majestic coin is a must-have for any collection. Add this 2019 Great Britain Proof 1 oz Silver Queen's Beasts Falcon to your cart today!

This is another fine example of the great designs in this series. The image is sharp and looks great in person. All of the beast proofs have a low mintage and this one is the lowest to date. This entire set will become scare very quickly. Try to find a 2017 1oz silver Lion of England proof! You'll be glad you picked up this falcon now and not later, when they're all gone.