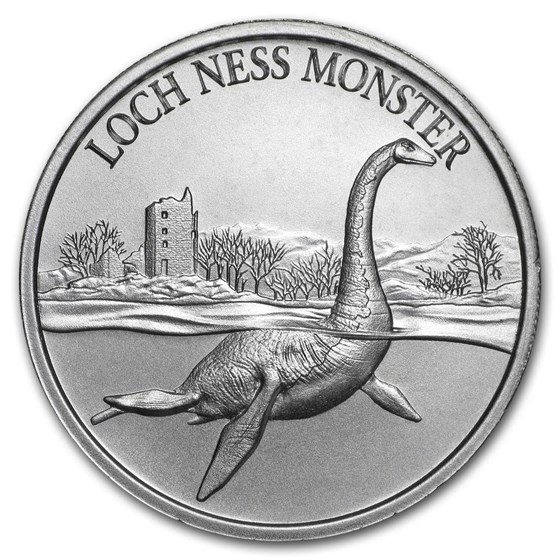 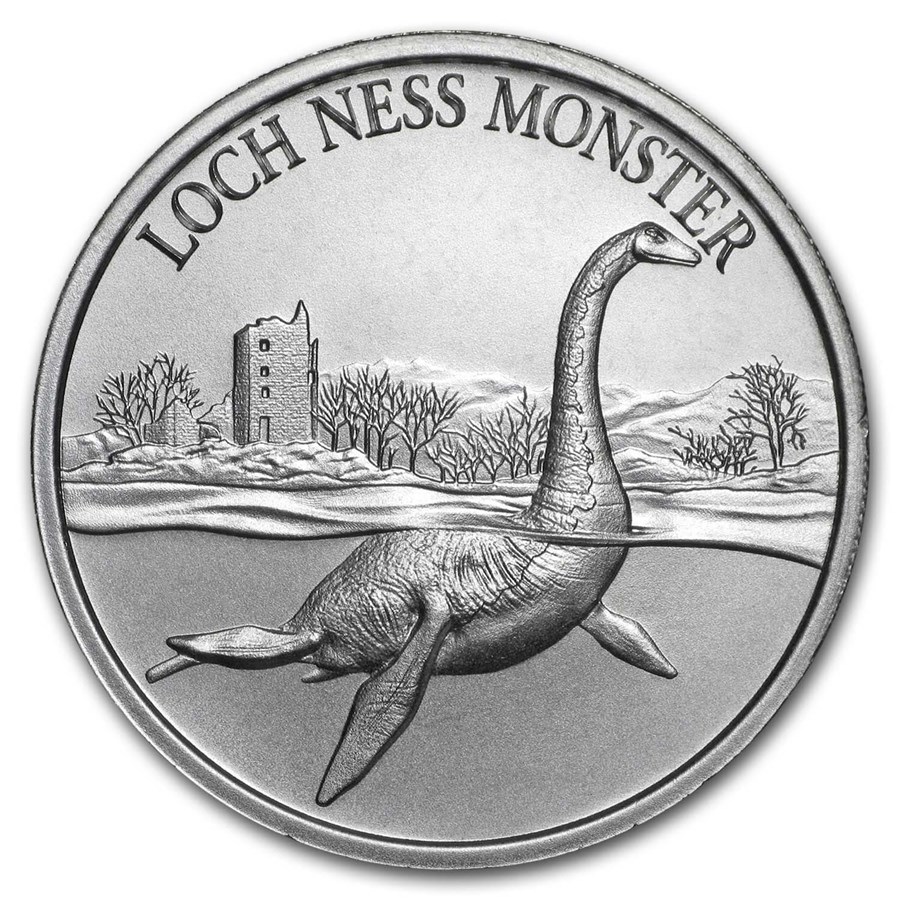 Your purchase is guaranteed to match the quality of the product shown. It will not be this exact item.
Product Details
Product Details
This 2 oz .999 fine Silver round is part of the Cryptozoology series, which features a highly detailed image of the Loch Ness Monster.

In Scottish folklore, the Loch Ness Monster or Nessie is a creature said to inhabit Loch Ness in the Scottish Highlands. It is often described as large in size with a long neck and one or more humps protruding from the water. Popular interest and belief in the creature has varied since it was brought to worldwide attention in 1933. Evidence of its existence is anecdotal, with a few disputed photographs and sonar readings.