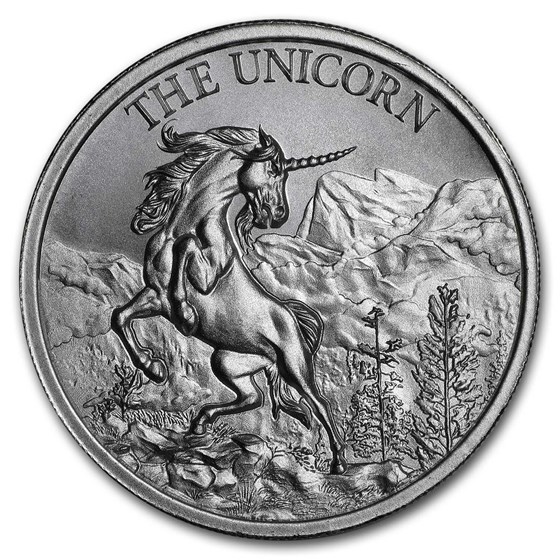 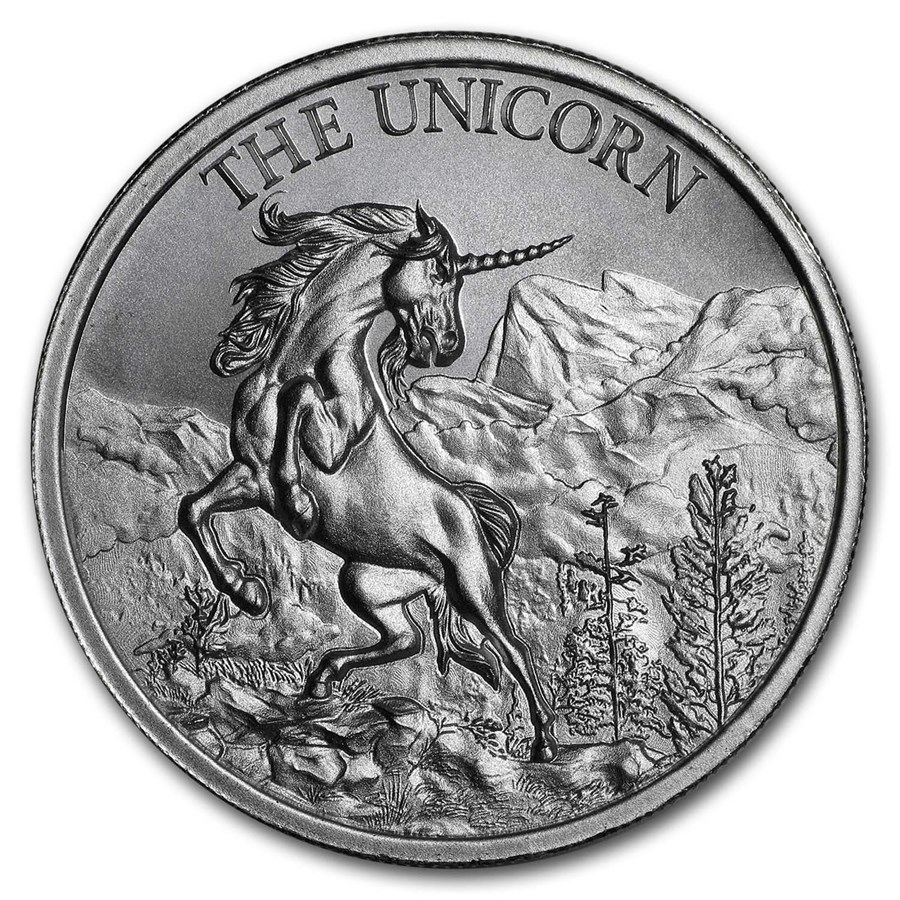 Your purchase is guaranteed to match the quality of the product shown. It will not be this exact item.
Product Details
Product Details
This 2 oz .999 fine Silver round is part of the Cryptozoology series, which features a highly detailed image of a Unicorn.

The unicorn is a legendary creature that has been written about and referenced as far back as 8 BC. A horse-like beast with a single horn projecting from its forehead.

In European folklore, the Unicorn was often described as a horse or goat-like creature, with a single long twisted horn, cloven hooves and sometimes with a beard. It was often described as the symbol of purity and grace and could only be caught by a virgin. Its horn was said to have magical powers with the ability to make poison or non-potable water safe for drinking.

My Daughter Loves Them!

My daughter exchanges her change and wants silver instead of cash. I always get her something interesting. What little girl would rather have change than silver unicorns?!

Love all the purchases I’ve made from apmex but this coin is stunning! I can’t stop looking at it since it arrived! Perfect condition ?? Thank you Apmex!

Incredible design and heavy in the hand. A beautiful piece of metal artwork. This round is impressive and a welcome addition to my collection. I keep it in a coinsafe capsule so's to not contaminate while admiring.