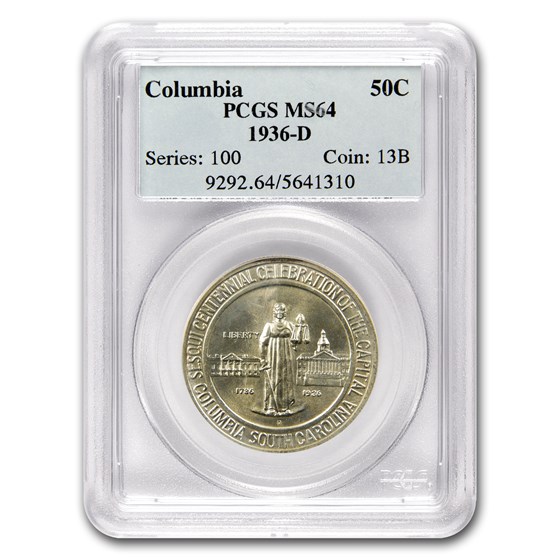 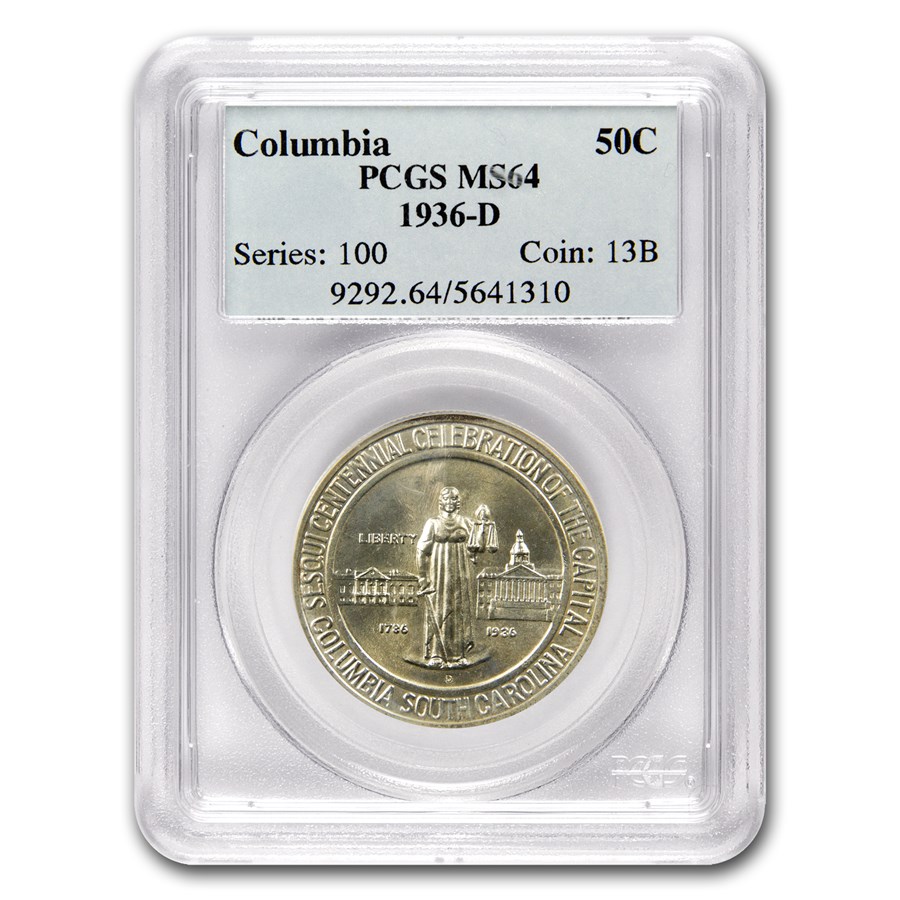 Protect and display your Columbia S.C. Half Dollar in style by adding an attractive display or gift box to your order.

This coin will make an excellent addition to any collection. Add this historical Half Dollar to your order today!

This coin is unique in that it was the first commemorative issue authorized for 1936 yet it was the last to be distributed. Its obverse depicts a facing figure of Justice with two state houses on either side of her. Both the old State House, built in 1790, and the new State House built between the years of 1855 and 1907 flank her left and right. The reverse is dominated by South Carolina's state tree. The all important Palmetto tree whose logs formed the walls of Fort Moultrie in Charleston's harbor successfully repelled the guns and artillery brought forth by the British during the Revolutionary War. The Palemetto tree is standing tall over fallen British oak. Arranged in a semi circle are 13 stars, reminding us that South Carolina was among the 13 original colonies and states. Columbia Half Dollar Commemoratives were handled with great care as many examples grading as high as MS-66 are quite plentiful. Columbia halves are rarely found with wear, though many have been found to have been improperly cleaned over the years, as is the case with most older coins. These coins were originally sold and distributed to local residents for $2.00 a coin while mail orders were filled at $2.15 per coin and $6.45 for the three-coin set, postpaid.