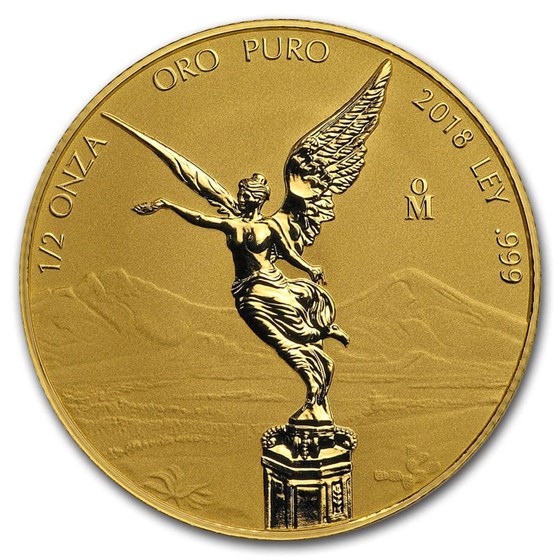 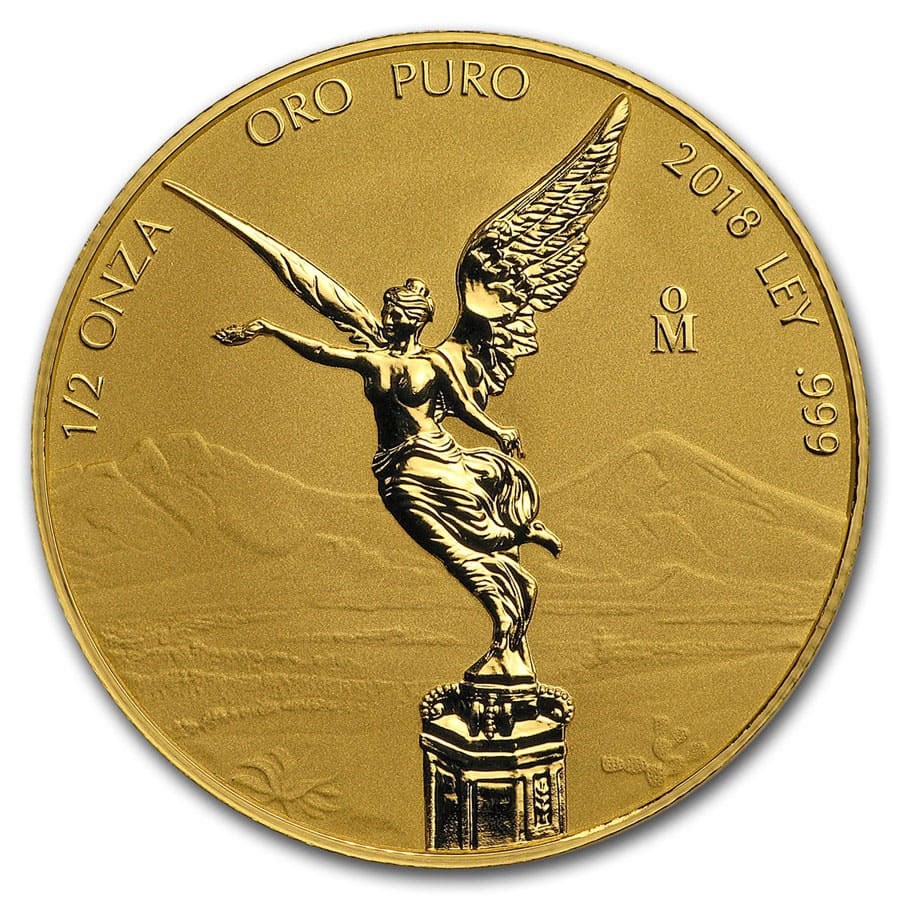 Product Details
Product Details
This 1/2 ounce Gold Libertad carries on the Libertad Series' rich tradition, in a new, Reverse Proof finish. The first year of release of this beautiful coin brings a limited mintage of 1,000 coins, making it a great collector's item.

The fractional size allows collectors to obtain the first of their kind, Reverse Proof Gold Libertads, at a more affordable price point than its 1 ounce counterpart, offering the same stunning finish and design that makes the coins so beloved by coin enthusiasts and precious metal investors.

The first year of release of the 1/2 oz Gold Libertad in a magnificent Reverse Proof finish is a popular choice with its limited mintage, along with its mintage at Casa de Moneda de México, the oldest mint in North America. Add this 2018 1/2 oz Reverse Proof Gold Mexican Libertad coin to your cart today!

Reverse Proof Gold Libertads
While 1/2 ounce Gold Libertad was first produced in a Brilliant Uncirculated version in 1981 and a Proof version in 1983, it was not until 2018 that the first 1/2 oz Reverse Proof Gold Libertad was released. The first release in 2018 had a mintage of 1,000 coins, which was quite low compared to other 1 ounce Gold Sovereign coins. The Reverse Proof finish brings out the classic design of the Libertad, with the Winged Victory on the reverse, and the National Shield surrounded by various coat of arms of Mexico on the obverse.

Received a perfect specimen of the 2018 1/2 oz. Gold Libertad through the pre-order. Under very close examination, this coin is perfect! Thank you again, APMEX for meeting my expectations.

I have a new favorite coin! Absolutely Stunning!!

First time ever for the mint to have a Reverse Proof 1/2 oz gold coin!!

The coin is stunning as a reverse proof. Graded out to a perfect PF70.

This is a lovely coin! So pleased I was lucky enough to get one. The Libertad has always been a great design, and this first-year reverse proof in gold is exceptional.