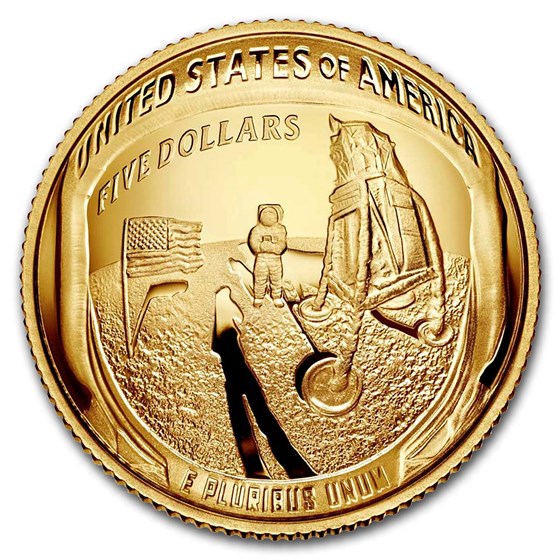 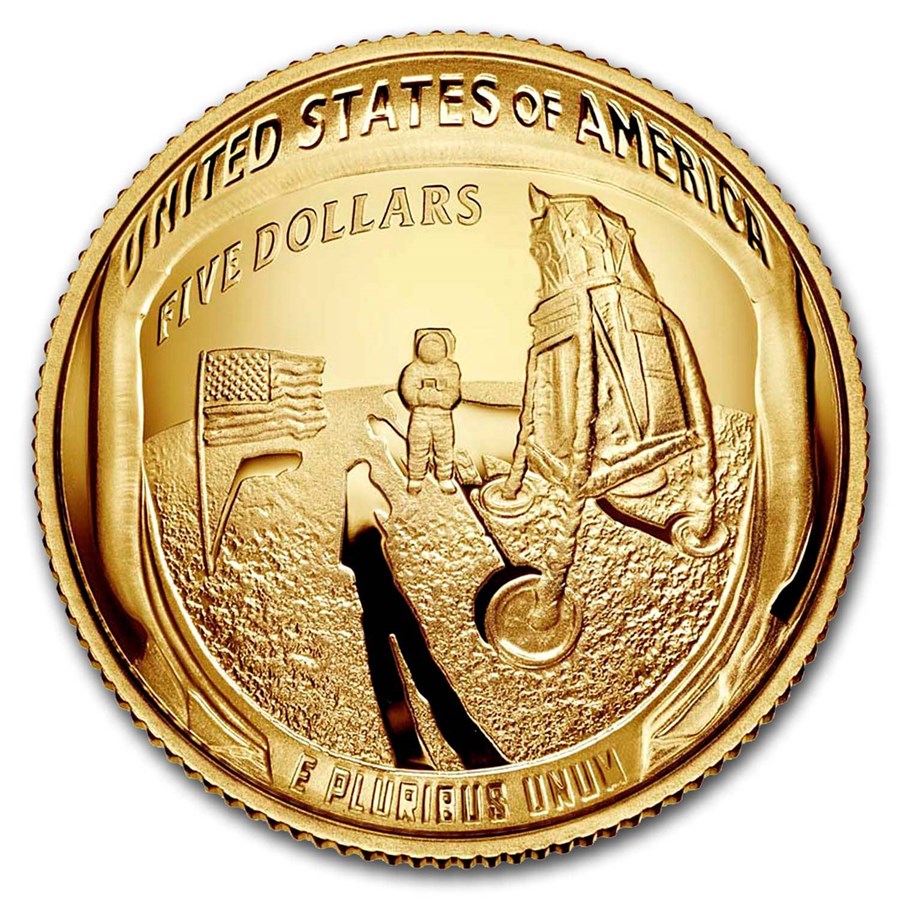 Product Details
Product Details
This Apollo 11 commemorative coin features .2419 oz Gold with an attractive design minted on a unique domed planchet. Limited to a mintage of just 50,000 pieces, this coin celebrates the 50th anniversary of Apollo 11 landing on the moon.

Glad I got it!

This was my first Gold investment. It has a very attractive dome design. I feel like purchasing a magnifying glass just to appreciate the details. I purchased this in first week of December 19. It seems to already appreciated significantly !