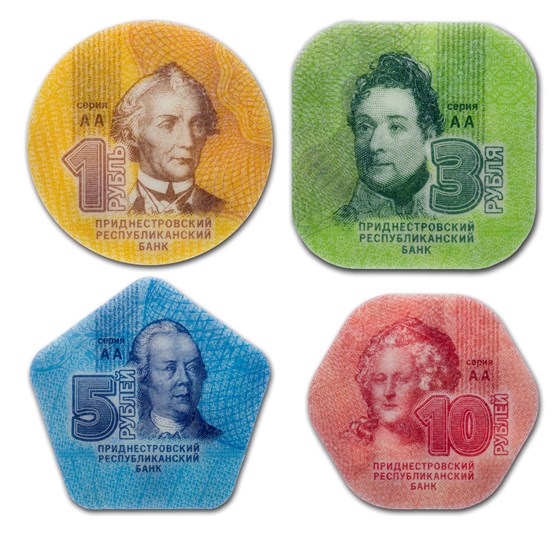 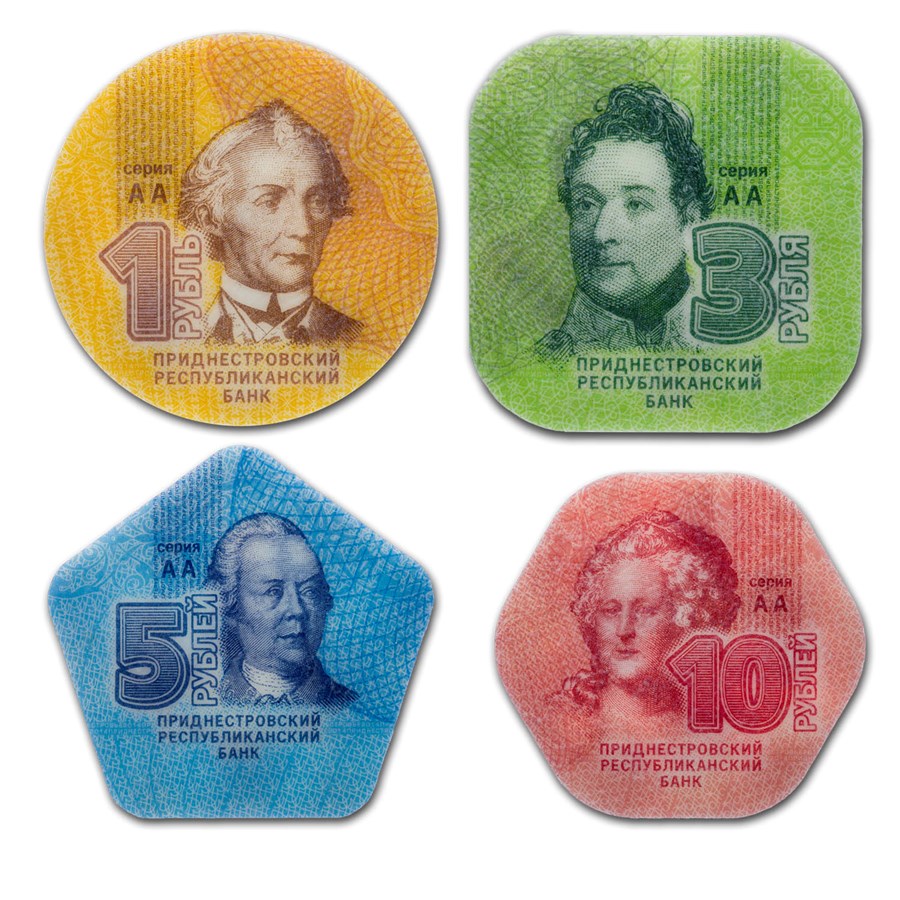 Add this innovative and unusual Future of Money 4-coin set to your collection today!

The special composite-plastic material enables the representation of the detailed colored motifs on the coins and the implementation of various security elements. Thus, for example, micro texts as well as fibers, graphics and crystal clear elements are incorporated on these coins, which only become visible under UV light.