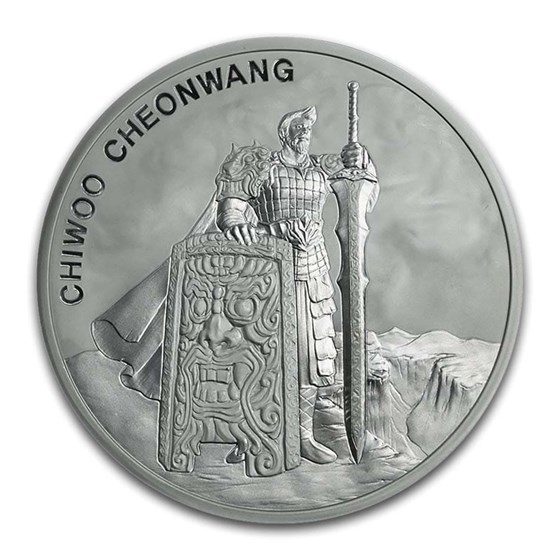 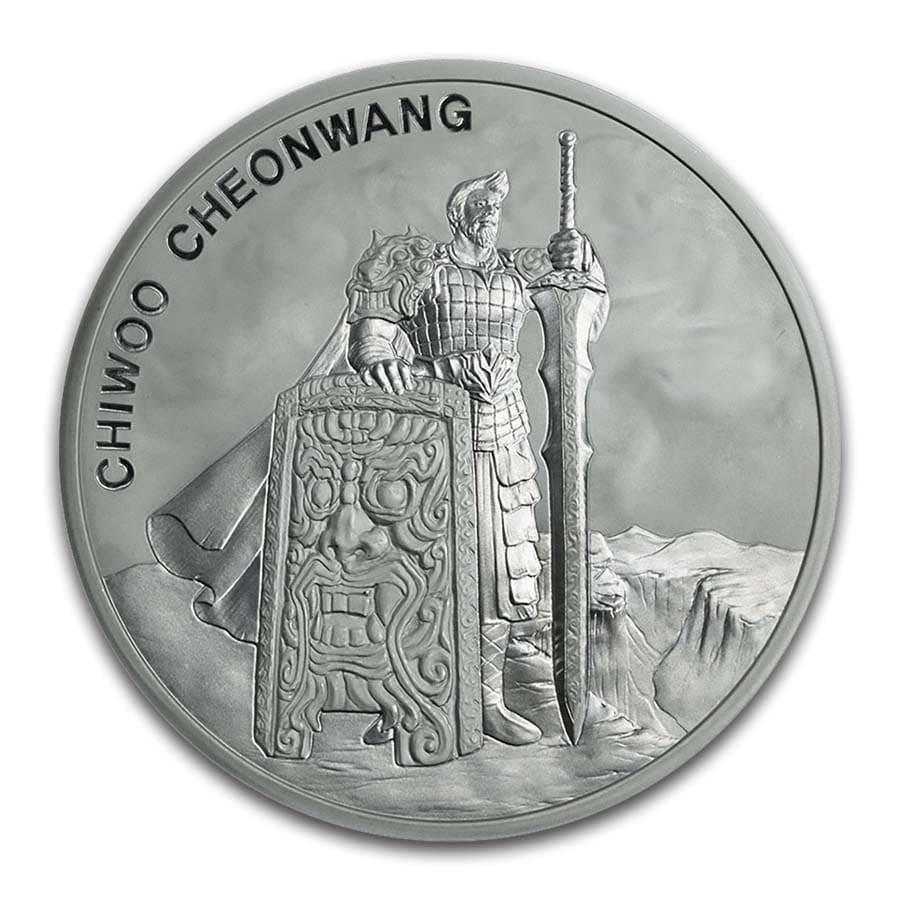 $31.37 $31.87
As Low As
Product Details
Product Details
The year 2019 marks the fourth release of the highly sought after Chiwoo Silver bullion series. The limited mintages and annual changing designs make the Chiwoo series desired in many collections or investments.

KOMSCO, the official mint of South Korea, chose this historical figure to celebrate on the country’s first-ever Silver bullion series. Chiwoo Cheonwang is revered in Chinese and Korean cultures for both his historical feats and the folklore tales attributed to him.

Don't miss the chance of owning the fourth release of Korea's successful Silver medal bullion series. Add one of these Korean 1 oz Silver medals to your cart today!

In 2016, KOMSCO introduced the 1 oz Silver Chiwoo Cheonwang Medal, honoring this legendary figure. The Silver medal saw immediate widespread appeal for its .999 fine Silver content, unique design and exceptionally detailed finish. Only 30,000 of these medals were produced in the first year of issue with just 50% of that available outside of South Korea.

theyres actually a very nice ammount of detail in this coin this picture does not do it justice. way better looking in hand

Beautiful Coin, Will be Great for gifting

Bought these after noticing the fine artwork and seeing the low price over spot. Plan to use some of these as gifts to those who assisted and excelled during these unusual times these past for months. As usual, purchasing, shipping and follow through were great through APMEX. These are unusual times and great service is highly appreciated!