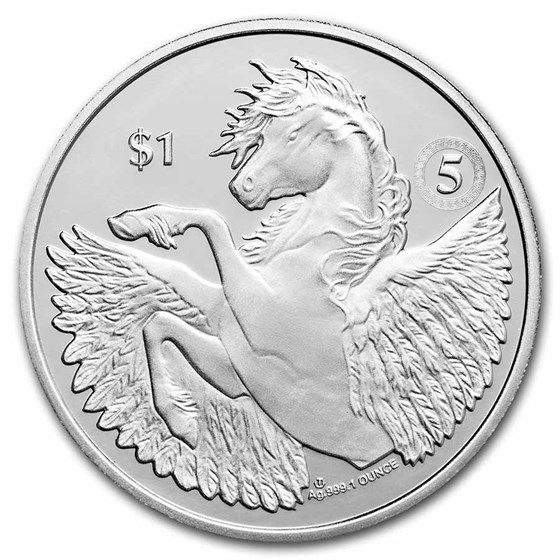 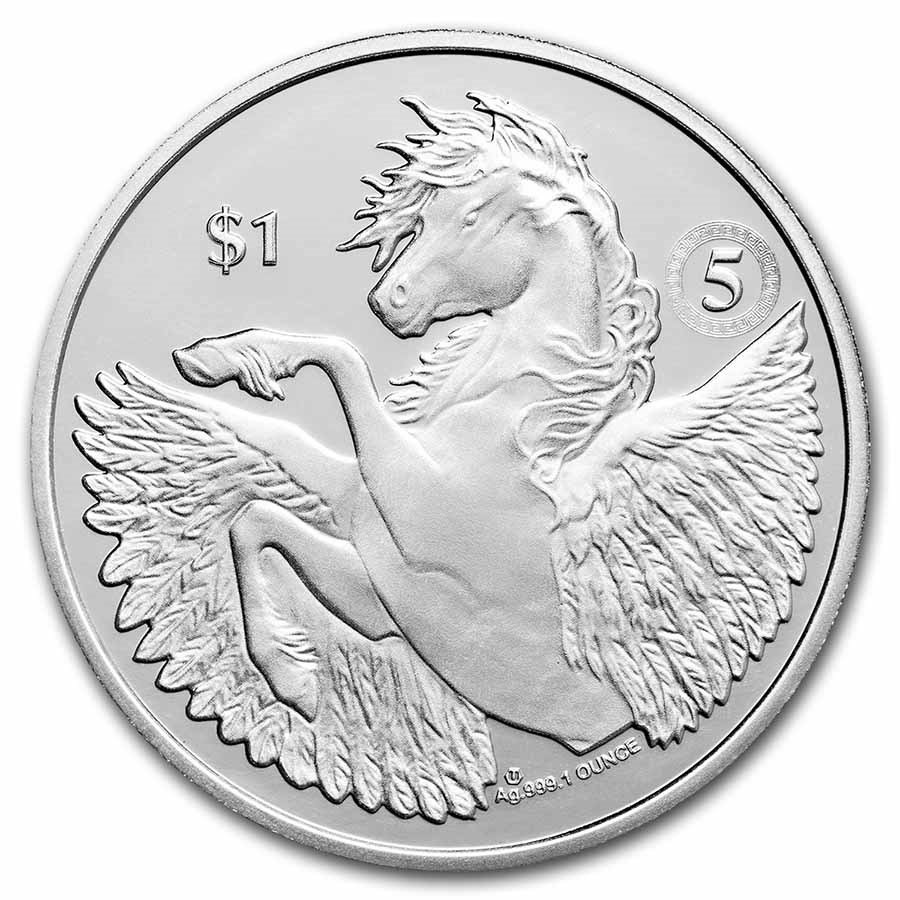 This coin would be a great addition to any coin collection. Own the special edition of this exciting bullion series minted for the British Virgin Islands by adding this stunning 1 oz Silver 5th Anniversary Pegasus BU coin to your cart today!

Pegasus is one of the best-known creatures in Greek mythology. This winged horse is usually depicted as white in color and was always considered a good-hearted and gentle animal. Throughout his life, Pegasus remained a mysterious creature that symbolized divine inspiration or the journey to Heaven. As a reward for his service and loyalty, Zeus honored him with a special immortality, turning him into a constellation on the last day of his life.