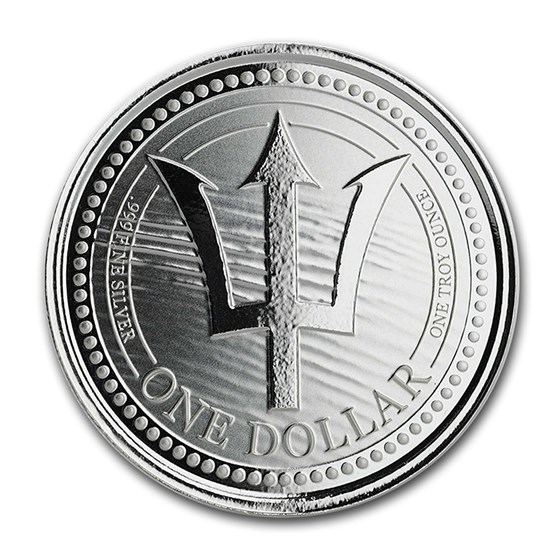 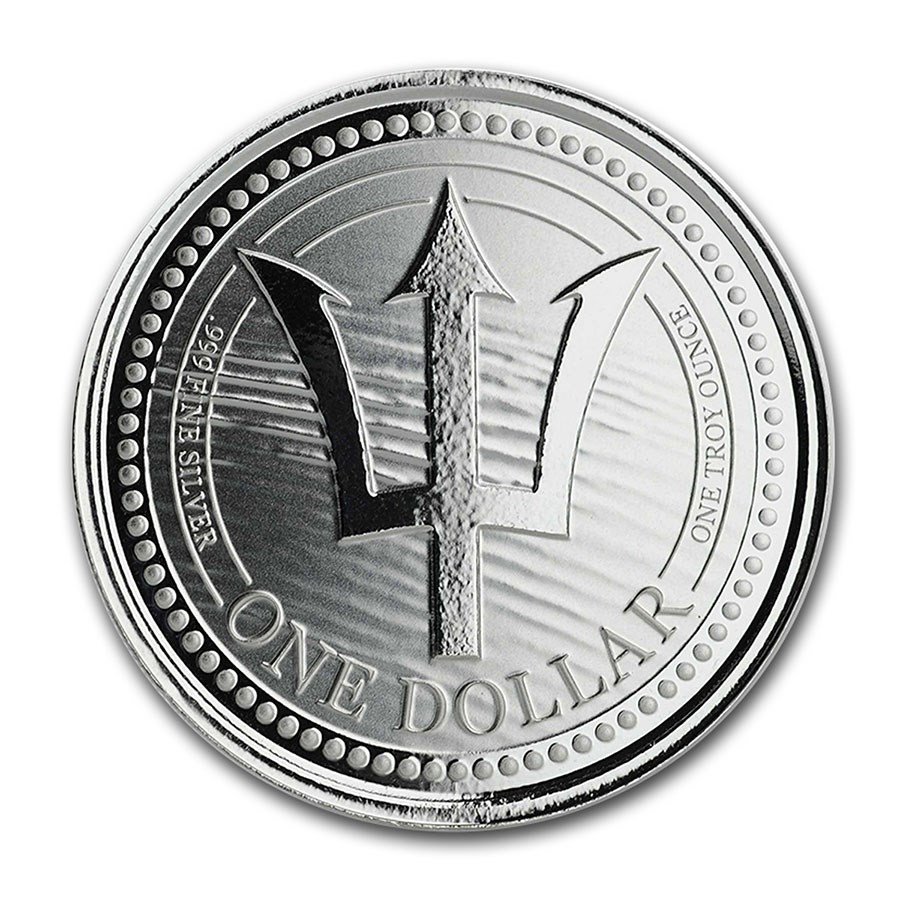 This coin is the fourth release in the Trident series from Scottsdale Mint in partnership with the country of Barbados. This release of 1 oz Silver coins has a maximum mintage of 30,000.