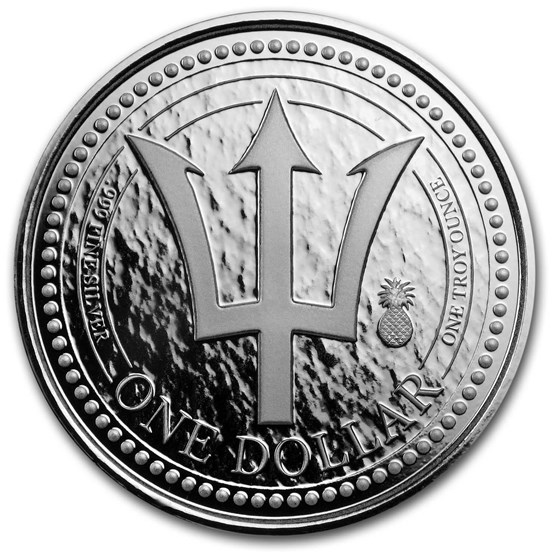 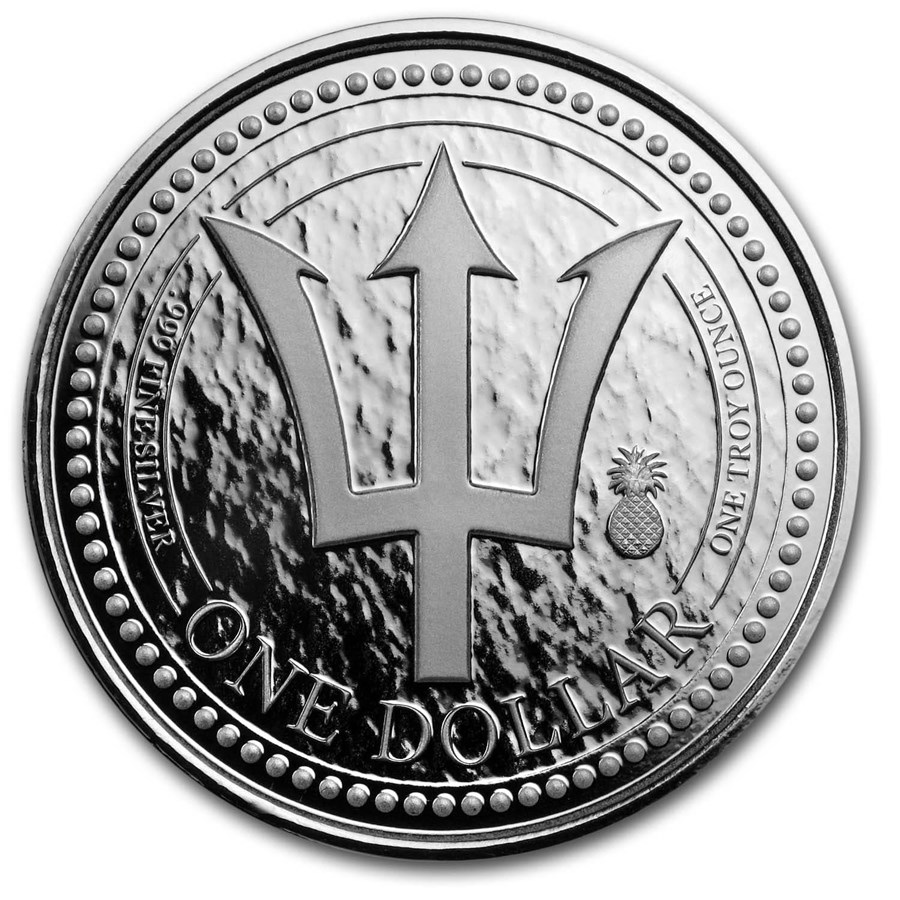 Product Details
Product Details
Issued from the country of Barbados, comes the third release in the limited mintage series featuring the striking Trident from the National Flag of Barbados--this time, with a shockingly low mintage and a striking pineapple privy!