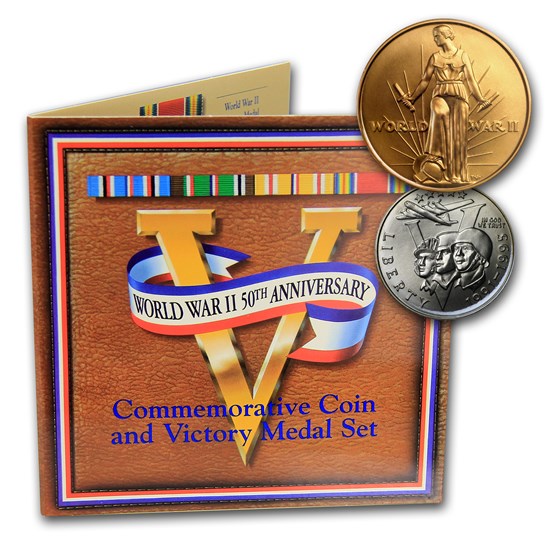 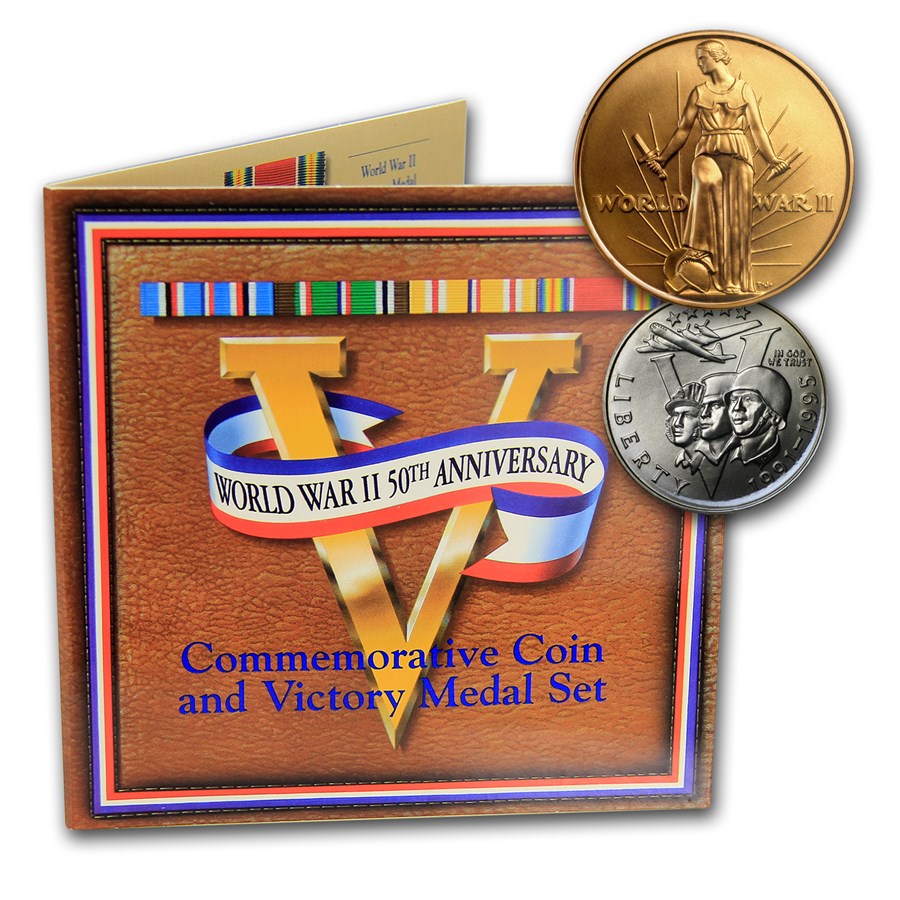 Product Details
Product Details
This set includes the 1993 World War II Half Dollar and Victory Medal. Both the coin and the medal honor the extraordinary efforts of each and every American who served our country!

This set was issued in 1993 to honor the 50th anniversary of America’s involvement in World War II from 1941 to 1945. The obverse of the coin features the heads of a soldier, a sailor and an airman shown superimposed over a “V” for victory with a B-29 bomber shown above. The reverse depicts a marine climbing up a Japanese hill as a fighter plane flies overhead.

Set Highlights:
Handle your World War II Half Dollar Clad Commemorative with care by adding an these cotton gloves to your order.

Add this 1993 World War II Half Dollar/Medal Set to your cart today!