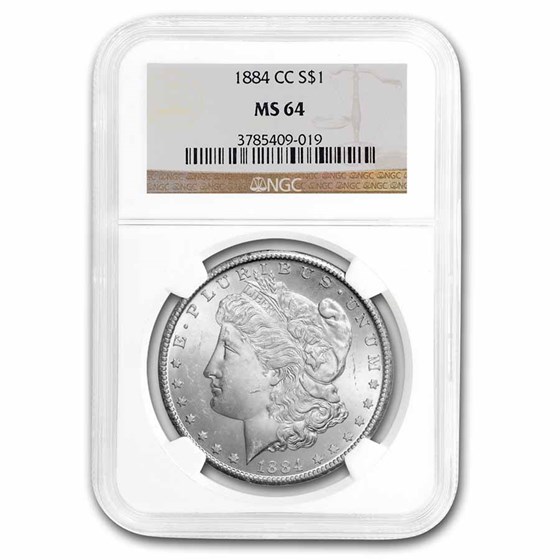 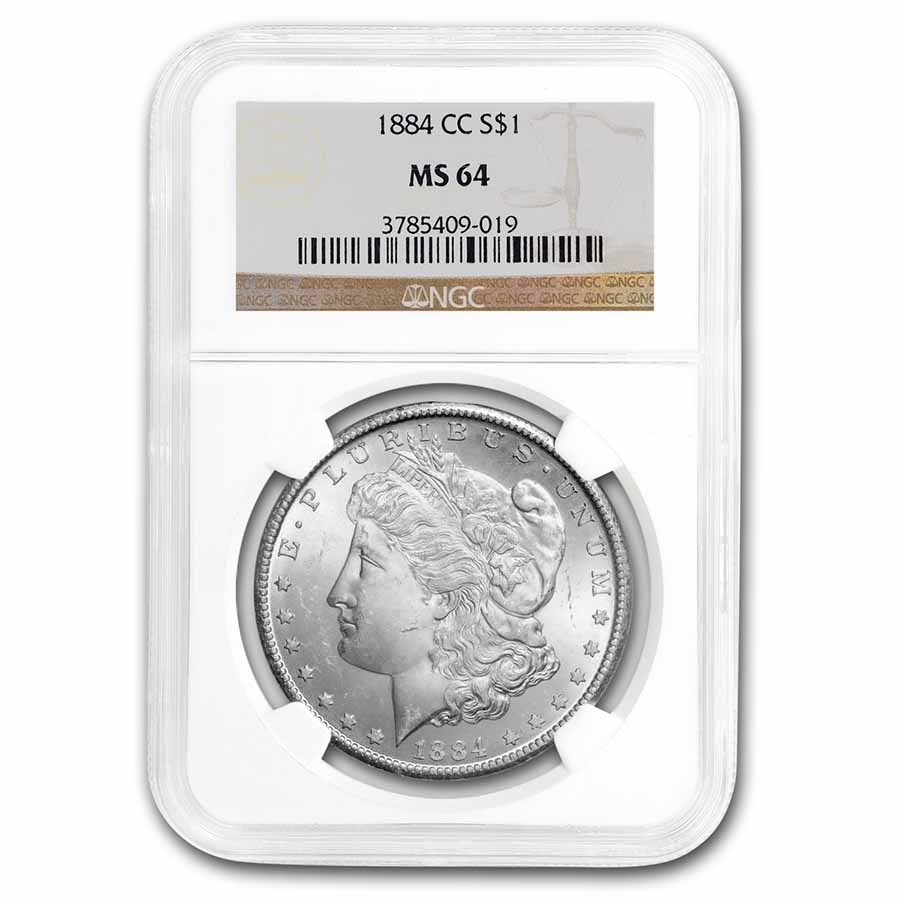 $33.82
As Low As
Product Details
Product Details
A majority of the 1884-CC Morgan Dollars were minted at the Carson City Mint, making this MS-64 NGC coin a great addition to any U.S. coinage collection.

Protect your Morgan Dollar in style by adding an attractive presentation box, made perfectly to fit NGC certified graded slabs, to your order.

The Morgan Dollar was a part of everyday currency in America for almost 80 years. Add this certified 1884-CC Morgan Dollar to your cart today!

1884-CC Morgan Dollar MS-64 NGC
The 1884-CC Morgan Dollar is the most common of all Carson City minted Morgan Dollars. The total mintage for the year was produced at both the Philadelphia and Carson City mints, but it is believed that production numbers were much higher at Carson City. The "CC" on the coin stands for "Carson City", which became part of the United States in 1861 with the discovery of gold in Comstock Lode. The newly found Silver greatly influenced many people to move westward, resulting in what would become one of America's largest cities by 1880. The city quickly grew due to its mining business, becoming larger than Denver during this time period.

This 1884-CC Morgan Dollar is graded in Mint State-64 by NGC, or the Numismatic Guaranty Company, a third-party coin grading company with over 35 years of experience in the Precious Metals industry. A coin graded in MS-64 condition indicates an average to better strike with hairlines or other miniscule imperfections. As a coin over 125 years old, a grading of MS-64 means a coin still remaining in good condition – perfect for any historical U.S. coinage collection.