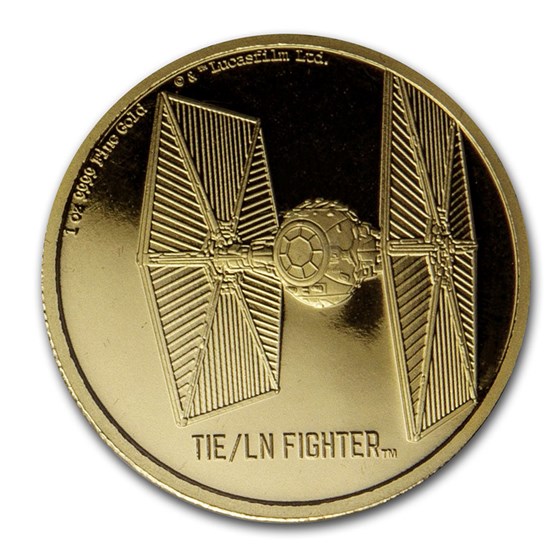 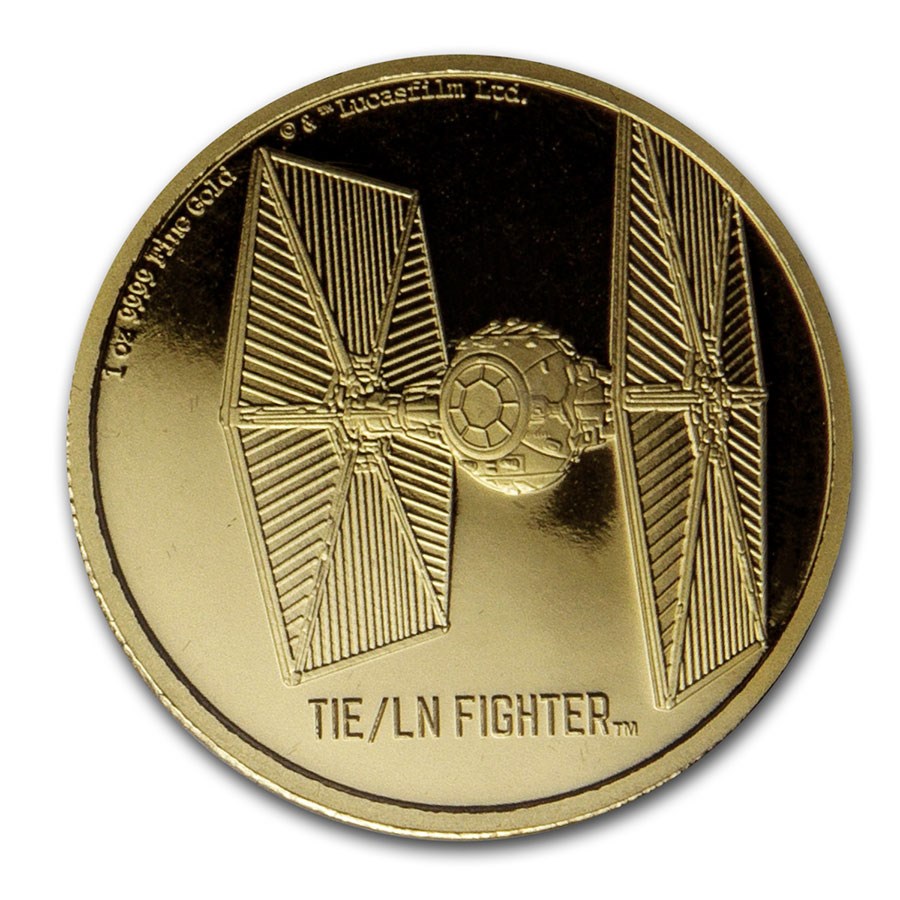 Product Details
Product Details
This officially licensed STAR WARS 1 oz Gold coin features the infamous TIE/LN Fighter and has a micro-mintage of only 50! Also included is a display case and a numbered certificate of authenticity.

Unique micro-mintage which will be available to only a few collectors worldwide. The new Star Wars™ Ships series from the New Zealand Mint starts with one of the most famous starships from the legendary STAR WARS™ saga - the TIE/LN Fighter™. The Imperial TIE/LN Fighter is the frontline of the powerful Imperial starfleet. It is shown in magnificent detail on the obverse and on the reverse the portrait of Her Majesty Queen Elizabeth II.

New Zealand Mint:
The New Zealand Mint is a privately owned company in Auckland, New Zealand. It is the only privately-owned mint in New Zealand, purchasing refined Gold from international sources to produce coins. They have established their reputation over the past four decades for their high-quality design as exhibited by their innovative commemorative Gold and Silver bullion products. The only Precious Metal mint in New Zealand, the mint uses the tag-line “Minters of the South Pacific” and produces collector and bullion coins for a number of pacific nations, including Fiji, the Cook Islands, Niue and Tuvalu.