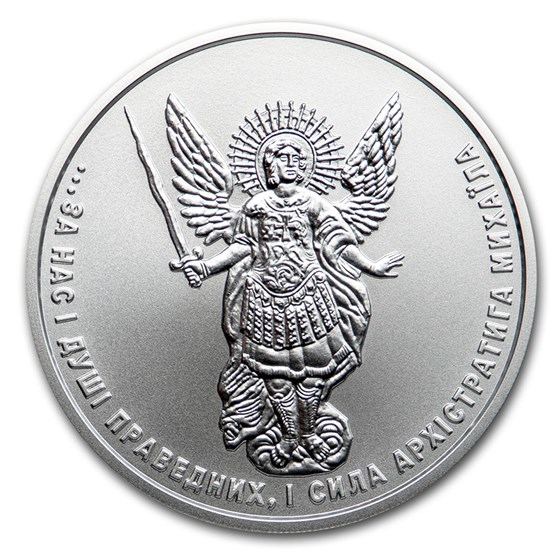 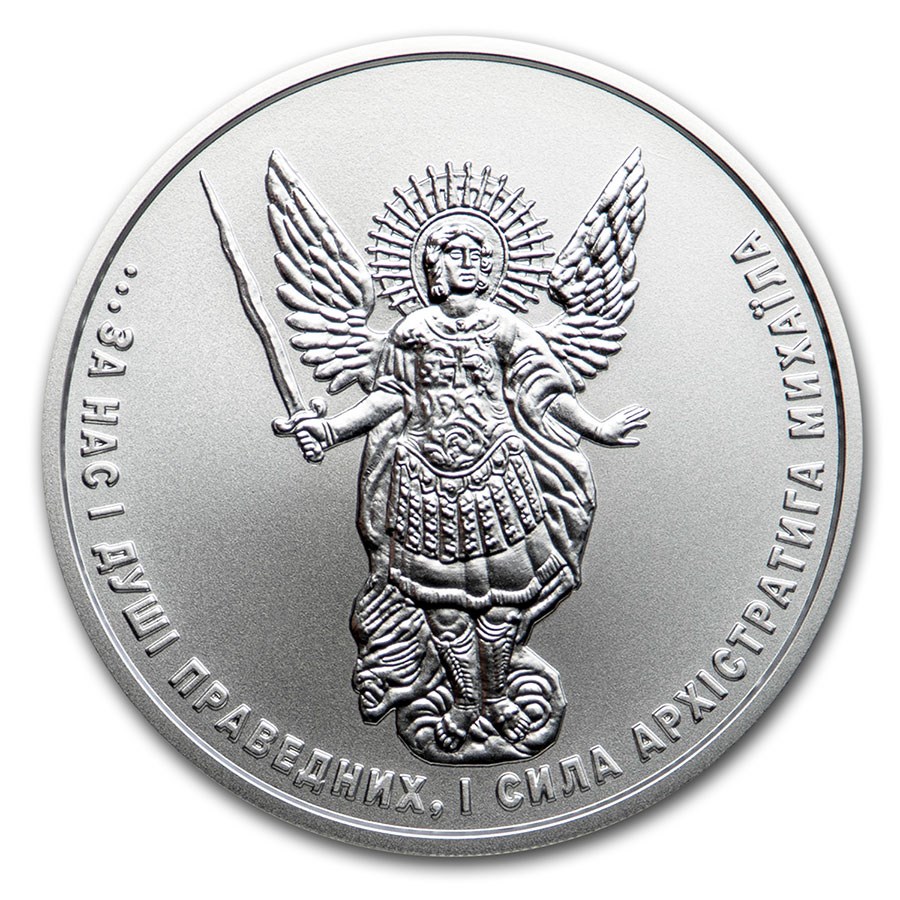 Product Details
Product Details
APMEXclusive® Known for winning victory over evil, the Archangel Michael is exquisitely displayed on this 1 oz Silver coin from Ukraine. These low-mintage coins are legal tender and are known for their uniqueness and rarity.

The National Bank of Ukraine sets the mintage of the Archangels at the end of each year. The mintages have been below 30,000 coins in the years up to date. The Archangel Michael notably is known as being the angel that led the defense of Heaven, defeating the dragon, sometimes referred to as Satan or the devil, and his angels.

Don’t miss out on the opportunity to add this magnificent 2020 Ukrainian 1 oz Silver Archangel Michael coin to your cart today!

I will be buying this again.

A good buy if you're also Ukrainian or of Ukrainian decent.

Very Beautiful and worth the price

I enjoy collecting the Archangel

Love the archangel desgin. One of the coolest coins around, and one of the favorites in my collection. More of a collectors piece than a straight bullion coin.

Ukrainian Archangels are one of my favorite silver coins to collect. There's just something about them, I don't know what it is. 2020's a special one, seeing how they changed the obverse design. Definitely a change for the better!