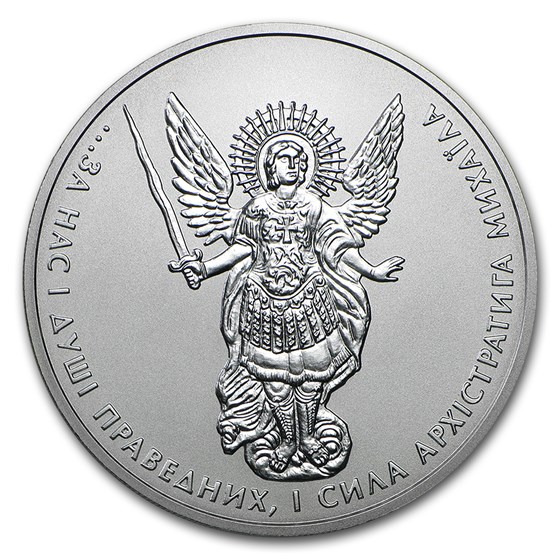 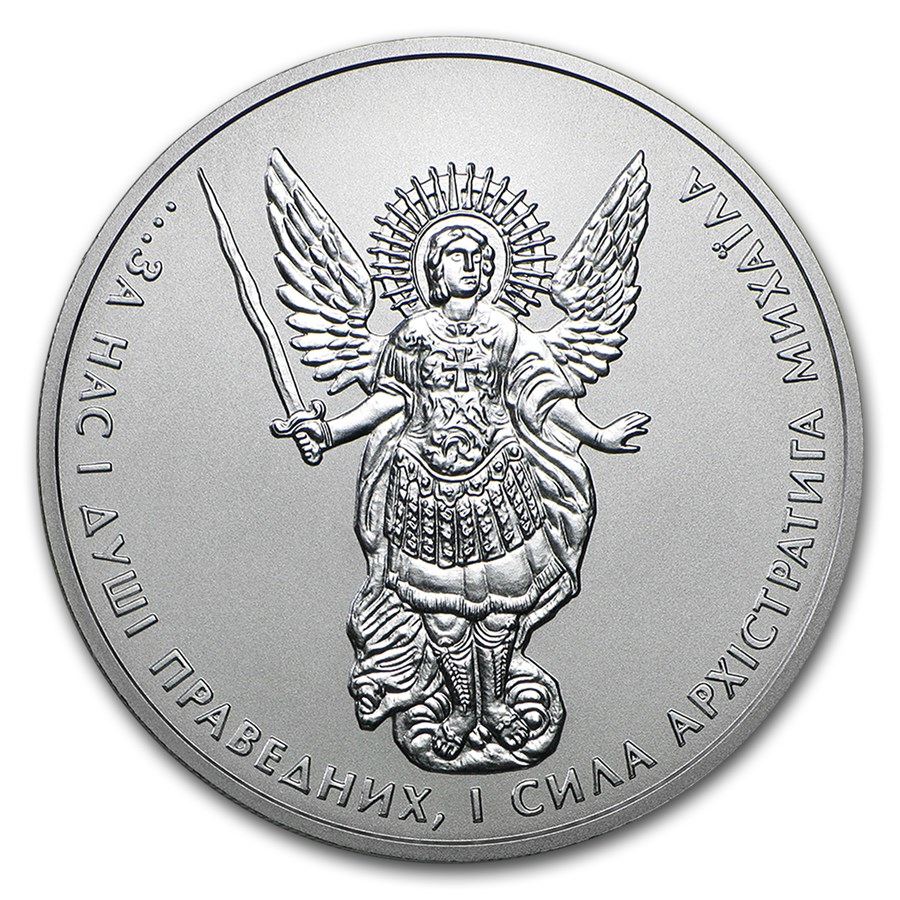 Your purchase will match the quality of the product shown.
Product Details
Product Details
APMEXclusive® Known for winning victory over evil, the Archangel Michael is exquisitely displayed on this 1 oz Silver coin from Ukraine. These low-mintage coins are legal tender and are known for their uniqueness and rarity.

The National Bank of Ukraine sets the mintage of the Archangels at the end of each year. The mintages have been below 30,000 coins in the years up to date. The Archangel Michael notably is known as being the angel that led the defense of Heaven, defeating the dragon, sometimes referred to as Satan or the devil, and his angels.

Don’t miss out on the opportunity to add this magnificent 2018 Ukrainian 1 oz Silver Archangel Michael coin to your cart today!

Pricey but worth it imo

You do pay a pretty decent premium but I was drawn to the design and the symbol of the Archangel Michael, so I bought two. Very happy, the coins look great and I'll hold onto these for a long time. A nice change of pace vs the typical animal theme or "generic" mint bars and coins.

I wish there is a monster box for this one.

These coins are an incredible addition to any inventor. Premium is high over spot but you do not purchase these for silver alone... do yourself a favor and buy multiple and hold on as they increase in value each year and dollar for dollar in my opinion no other coin has this much upside proven year after year for the price you pay

I purchased 4 of the 2018 Ukraine Archangel Michael coins. The quality control at the Mint seems to be of a very high standard as all 4 pieces were absolutely flawless. The details and finishes are remarkably good. Based on the low mintage and superb quality, I would recommend these coins to any collector. It's easy to see why these particular coins appreciate in value over time.

Growing in popularity, yet still early in the series. APMEX fulfilled professional shipping, and has great products!

I really like the design of this coin. I try to buy coins that are unique and have the possibility of increasing in value beyond that of the spot price. This coin doesn’t disappoint, it has a very beautiful design and a low mintage. And APMEX always delivers quickly.

Been buying these for a couple years now, always beautiful design and mint condition. They make great gifts around Easter time in my opinion.