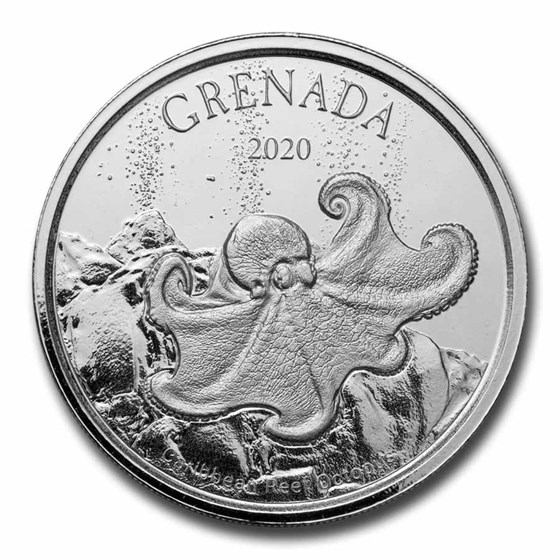 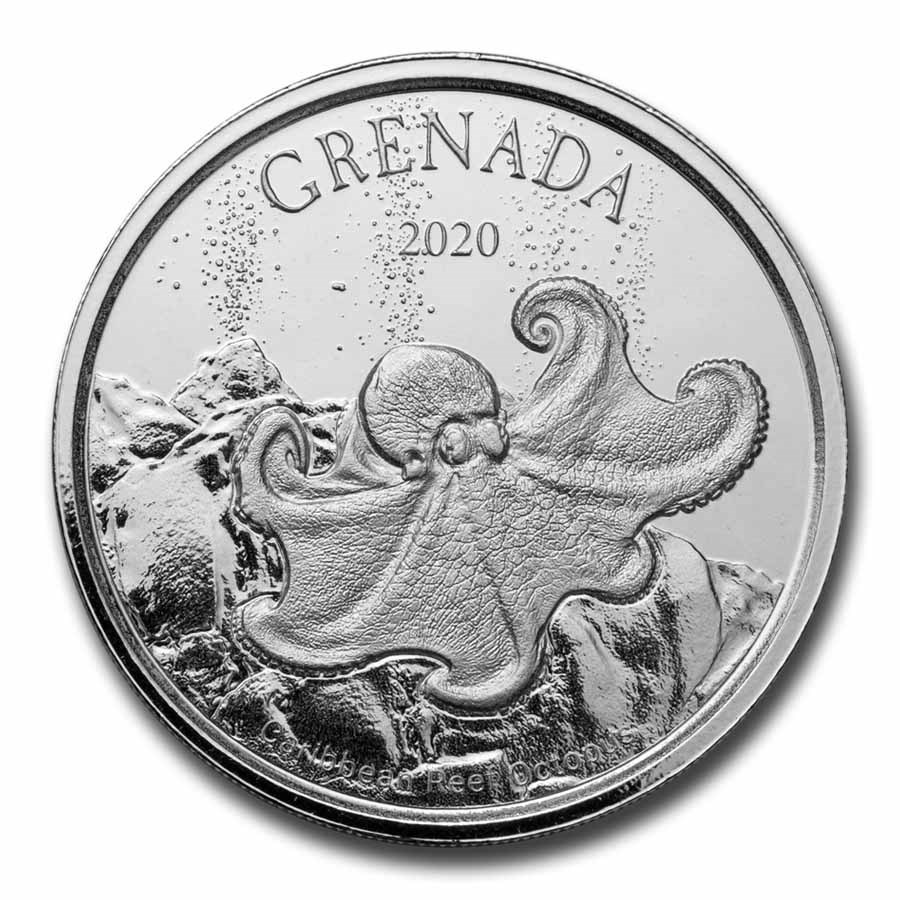 Product Details
Product Details
As low as $6.99 per coin over spot
Grenada Octopus, is the third issue of 2020 in the EC8 coin series. This one ounce Silver coin is issued from the country of Grenada and is one of eight releases each year in this historic low mintage series which began in 2018.

The EC8 (Eastern Caribbean Bank) program consists of four coins minted in 2020 on behalf of each of the eight Caribbean island members that comprise the ECCB - Anguilla, Antigua and Barbuda, Commonwealth of Dominica, Grenada, Montserrat, Saint Kitts and Nevis, Saint Lucia and Saint Vincent and the Grenadines. The ECCB is the official issuer of the Eastern Caribbean Dollar the Currency of the EC8 2020 Coin Program.

Collect a piece of history from each of the beautiful Caribbean Islands. Add this Grenada Octopus coin to your cart today!

Brings back many memories of expeditions snorkeling in the Caribbean sea. These creatures are always a highlight of any scuba adventure, as they see you but it's so difficult to detect them! Totally unique and inspirational coin! Will enjoy sharing it with my grand daughter.

A fun design, something different to add to the collection. The bubbles rising from the Octopus show a lot of great detail.