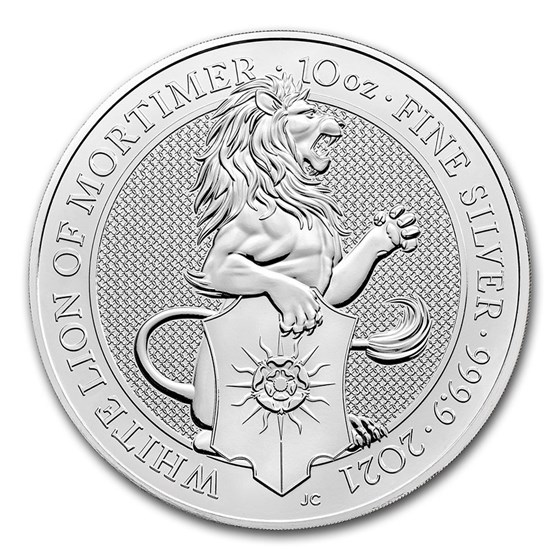 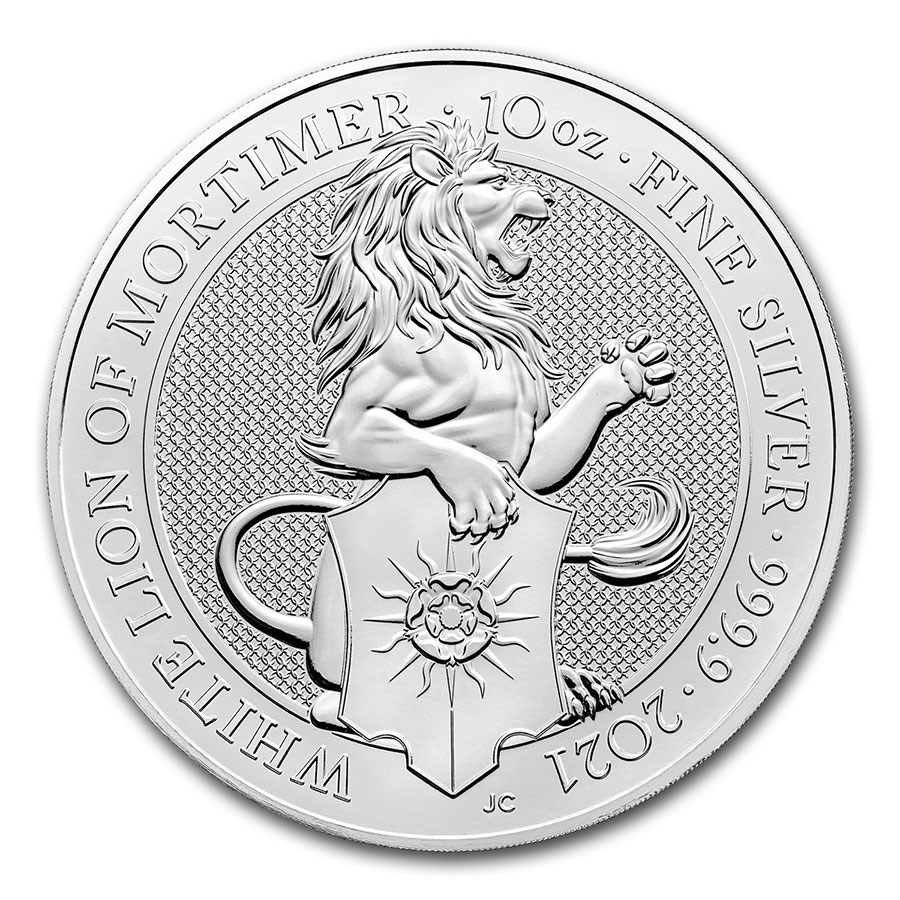 Product Details
Product Details
The majestic White Lion of Mortimer is also available in 10 oz of Silver. The eighth release of the 10 oz Silver Queen's Beasts coins features one of the majestic heraldic beasts.

The 2021 Queen's Beasts Silver White Lion of Mortimer coin is the eighth 10 oz Silver Queen's Beasts coin from the Royal Mint. Add the sixth coin of this exciting 10 coin series to your cart today!

The White Lion of Mortimer descended to the Queen through Edward IV. The shield shows a white rose encircled by a sun, known as "white rose en soleil". Both of these appear on the Great Seal of Edward IV and Richard III, and were used by George VI while Duke of York. The while lion is uncrowned, unlike the Lion of England.

The Apmex Team has did it again, the 10 oz Queens Beasts Lion is perfect and right on time,I as so excited to be home to collect my package..A must have, thank you Apmex Team. 8down 2 more to go. And thank you for the Swag Apmex.