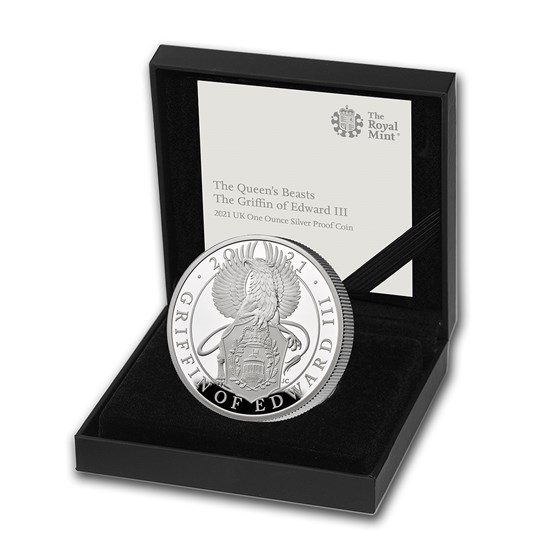 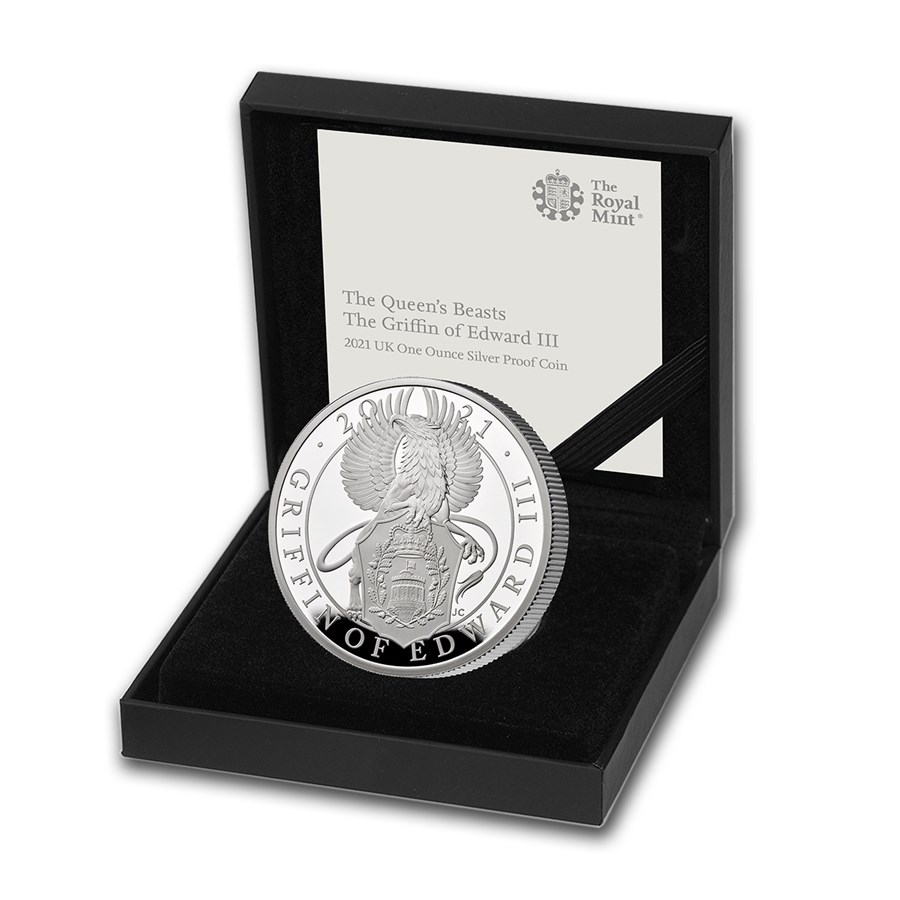 $31.17
As Low As
Product Details
Product Details
The tenth and final release in the Queen's Beasts Proof coin series presents the Griffin of Edward III. This .999 fine Silver Proof coin has a limited availability of 4,400 coins in this limited edition presentation style.

This majestic coin is a must-have for any collection. Add this 2021 Great Britain Proof 1 oz Silver Queen's Beasts Griffin of Edward III to your cart today!

What a coin. I had to get the Box/ COA in a proof. Very hard to get a graded PF Griffin. But what a beauty.

The last, but not quite last, coin in this series. One final coin with all the beasts on it is coming soon! Glad I didn't buy a 10-coin case since it's now 11 coins. As with the rest of the set, this proof looks amazing. This one came out of the gate a little pricier than the rest but was worth the extra cost. Well packed and fast shipping as always from APMEX.