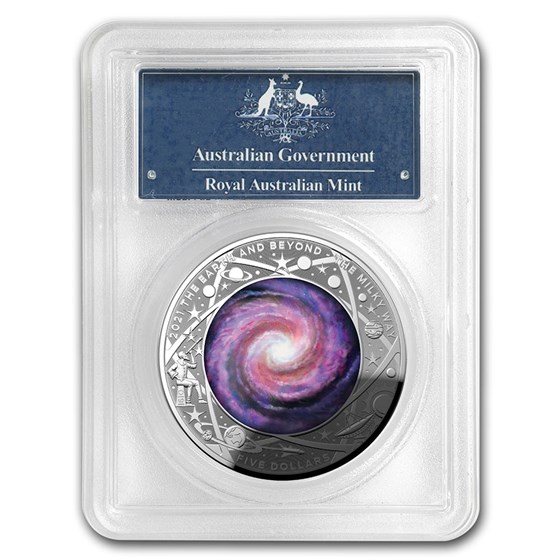 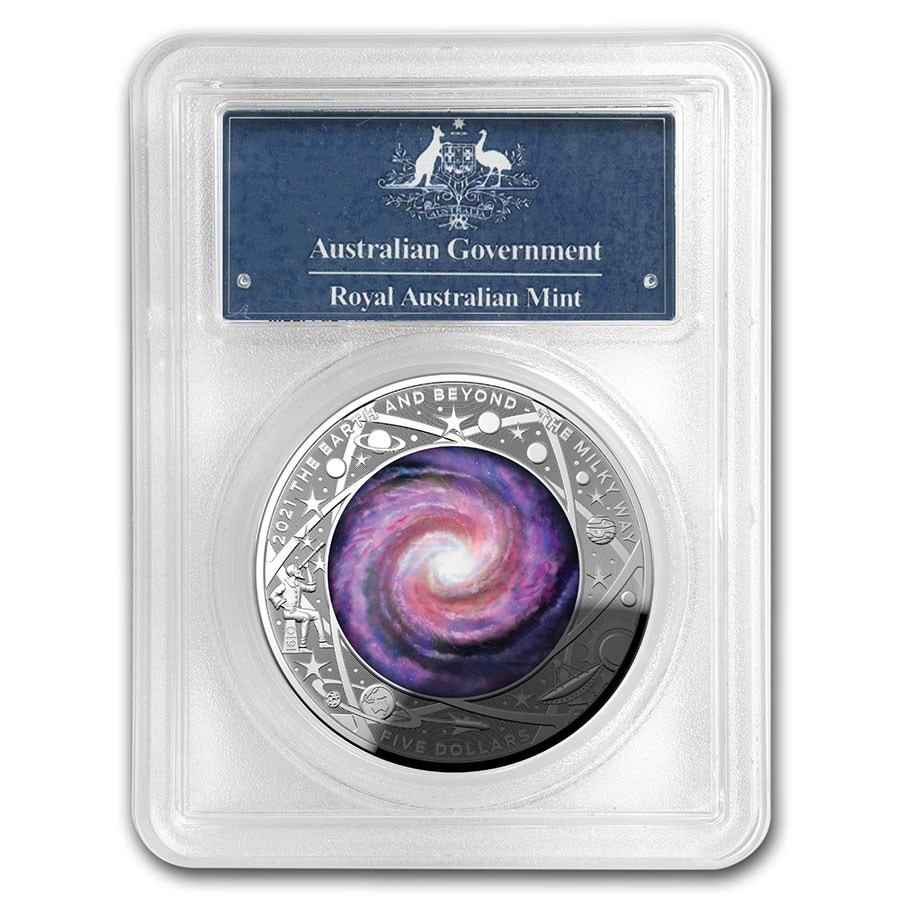 Product Details
Product Details
This cosmic coin features the Milky Way galaxy in gorgeous colorized detail, with a Domed Proof finish. There is a limited quantity available in this PCGS-certified finish.

The Earth and Beyond
The Royal Australian Mint first launched a three-coin Earth and Beyond series in 1 oz Silver with a Domed finish. The series featured the Earth, the moon and the sun, which were extremely popular releases. For 2021, the mint produced an additional release in both 1 oz Silver and 1 oz Gold featuring the Milky Way galaxy. The Gold Domed coin is colorized to show the beauty that is the Milky Way.

This beautiful coin is simply better than expectations! My daughter was even mesmerized by its intricate design and quality. I would definitely recommend this coin, to add to your collection!

Another coin for space nerds

As I’ve said before, I am a space nerd. So when I saw this, I just had to get it. The coin is in PCGS case and comes with the box it would come in, has COA. My mint number is 2970.