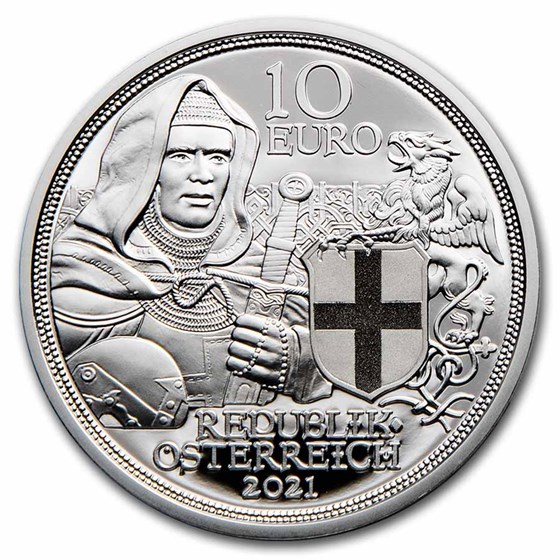 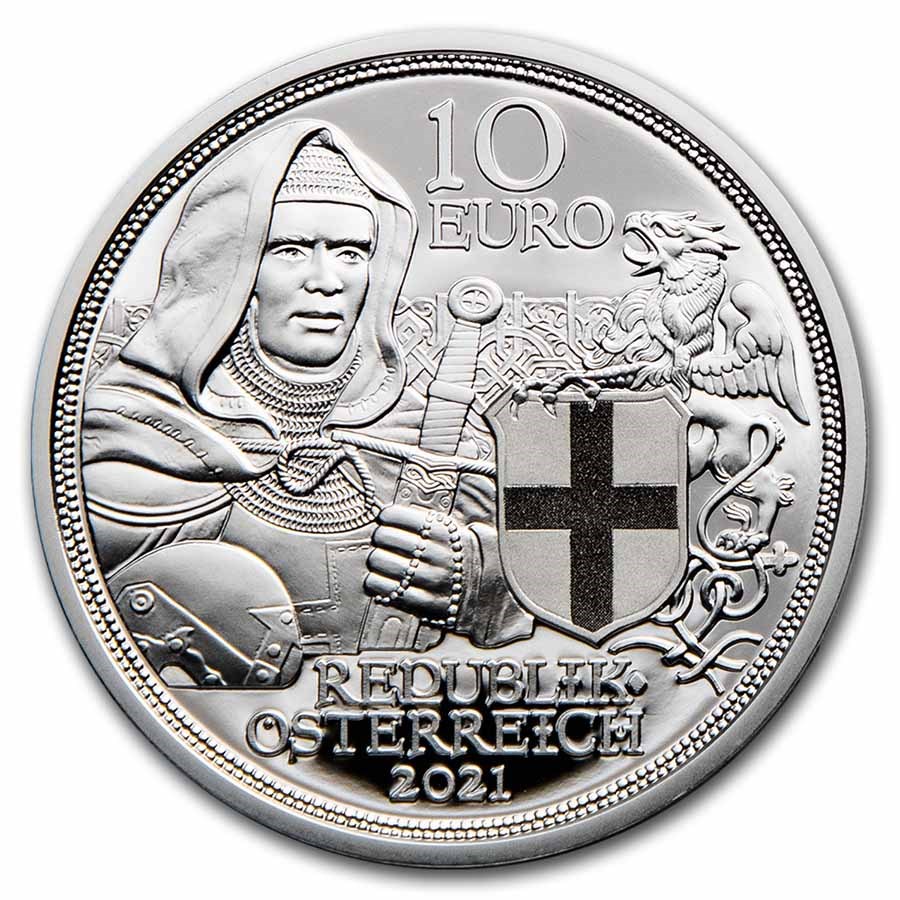 $79.99
Any Quantity
Product Details
Product Details
Knights’ Tales is a fascinating five-coin series in which we travel back in time to a bygone age that was notorious for being bloody and brutal. But the Middle Ages were also a time of brotherhood.


Coin Highlights:
This coin is a fantastic addition to any medieval enthusiast's collection. Add this 2021 Austria Proof Silver €10 Knights' Tales Brotherhood coin to your cart today!