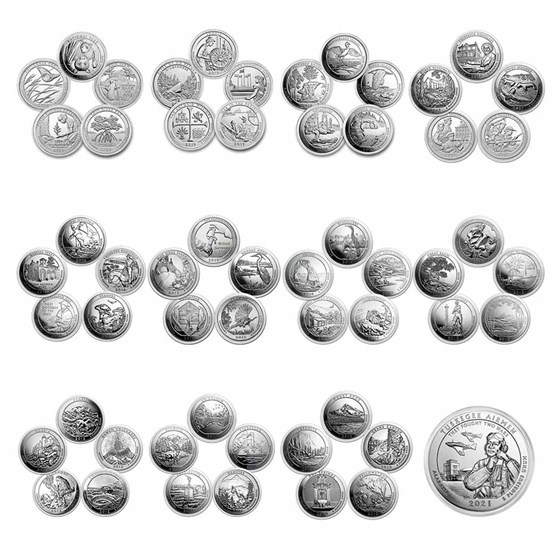 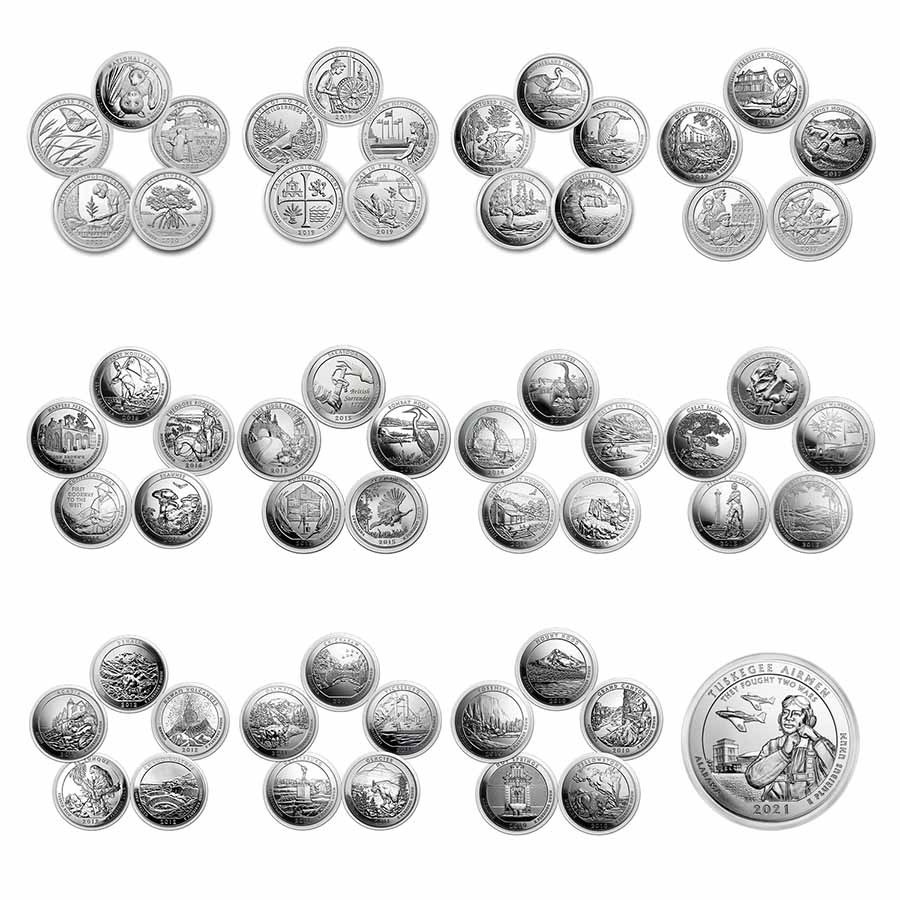 Your purchase is guaranteed to match the quality of the product shown. It will not be this exact item.
Product Details
Product Details
This complete set of 5 oz Silver America the Beautiful coins issued from 2010-2021, contains a total of 56 coins, each encapsulated in a 5 oz plastic capsule.

Protect your coins and capsules while handling them by adding cotton gloves to your order.

Buy a completed America The Beautiful 5 oz Silver bullion coin collection with each release from the entire series. Add this 56 Coin ATB set to your cart today!

In 2010, following the success of the statehood quarters, the U.S. Mint began issuing America the Beautiful quarters. Coinciding with each release, they also produced a 5 oz Silver coin featuring the same design.

Five America the Beautiful Silver coins were released each year, celebrating national parks, national monuments and other sites in each state and U.S. territories. The coins are released in the order in which the national sites were established, and the series ended in 2021.