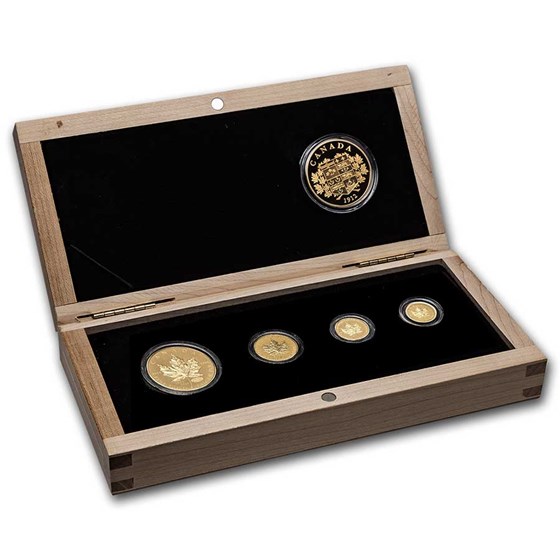 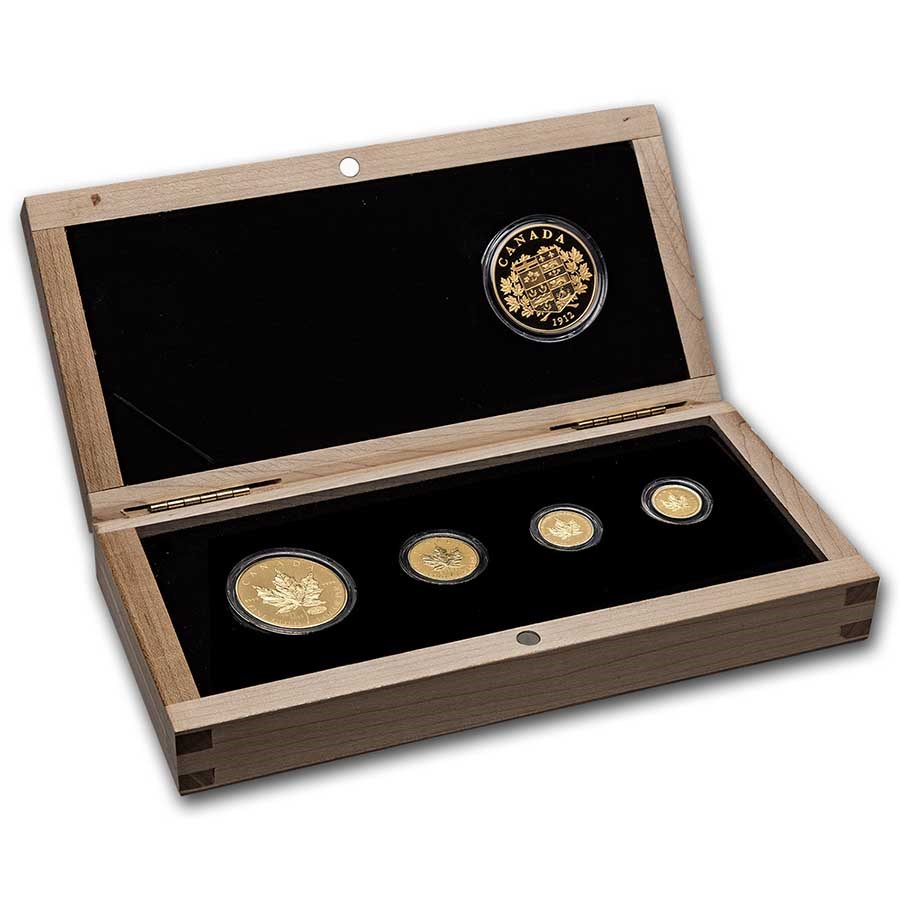 Your purchase will match the quality of the product shown.
Product Details
Product Details
This incredible set includes the following: 1 oz, 1/4 oz, 1/10 oz and 1/20 oz .9999 Gold coins and has a limited mintage of only 750 sets.

Set Highlights:
Add this beautiful set to your cart today!

In 1911, the Royal Canadian Mint (then known as the Ottawa Branch of Britain’s Royal Mint) opened its much-anticipated refinery in Ottawa. The need for such a facility had been growing for years; fueled by the Gold that was being mined in British Columbia and the Yukon; and the increasing demand for Gold coins—a need that also required the complex task of refining raw ore to Gold coinage standards.

During its inaugural year, the refinery processed some 90,000 troy ounces of fine Gold and minted over 256,000 Gold sovereigns. The following year, it introduced the nation’s first Gold coins with a distinctly Canadian design—the shield from Canada’s Coat of Arms nestled in two branches of the maple tree (see medallion). These Gold coins were issued in denominations of five and ten dollars, but their role in Canadian commerce was brief, coming to an abrupt end with the First World War.

Today, the Royal Canadian Mint’s refinery is recognized as one of the world’s largest with a production capacity of 5 million Troy ounces per year.