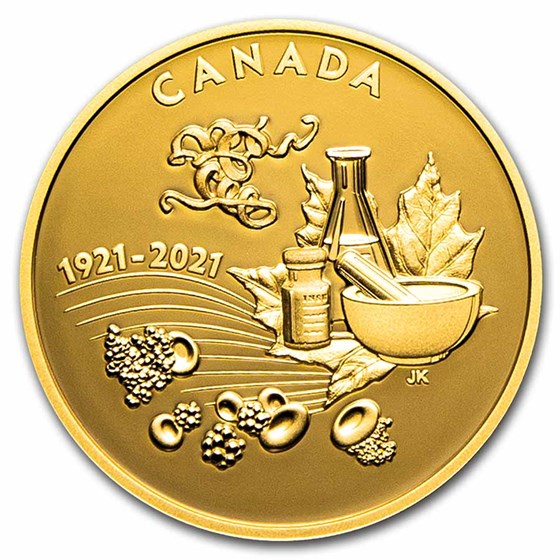 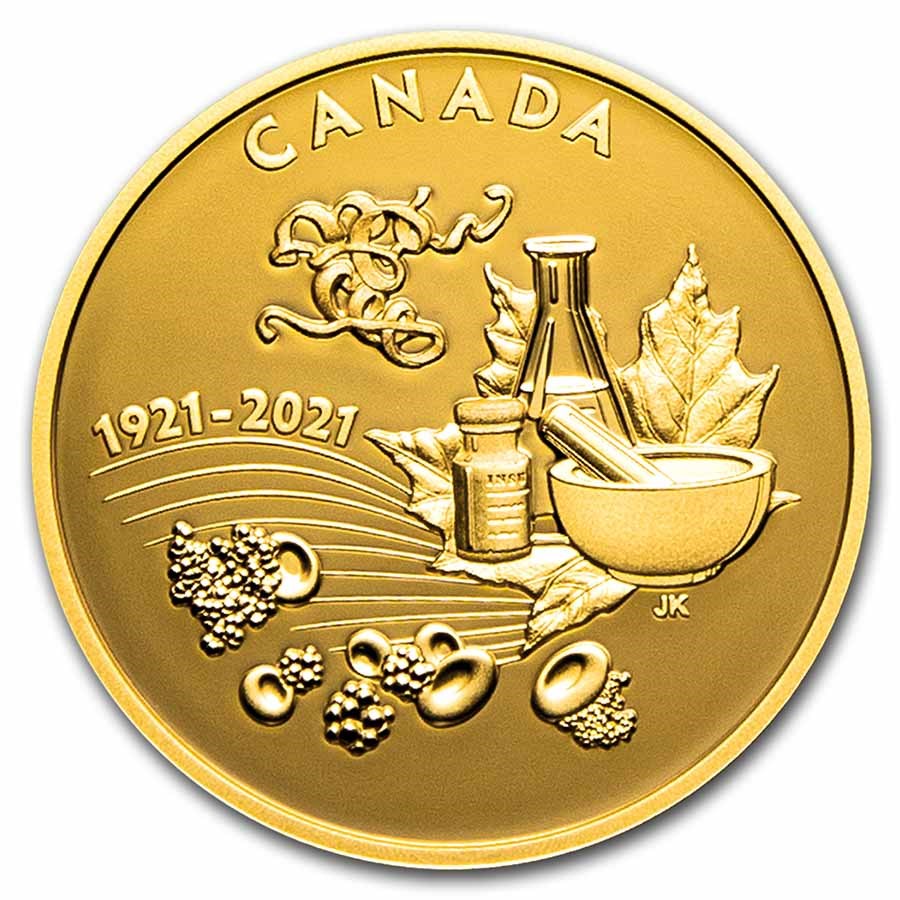 Product Details
Product Details
An ultra-luxe version of the 2021 $2 Discovery of Insulin circulation coin! Gleaming in 1 oz of .9999 fine Gold, the reverse design commemorates the 100th anniversary of a Canadian medical innovation that has had a global impact.

Since its discovery in 1921, insulin has saved millions of lives worldwide; even those who are not personally afflicted with diabetes may have a connection to the health innovation represented on this coin, which offers an unobstructed view of Jesse Koreck’s dynamic design.

Coin Highlights:
Limited to 450 coins worldwide, this coin is a highly desirable collectible. Add this 2021 1 oz Gold Discovery of Insulin coin to your cart today!