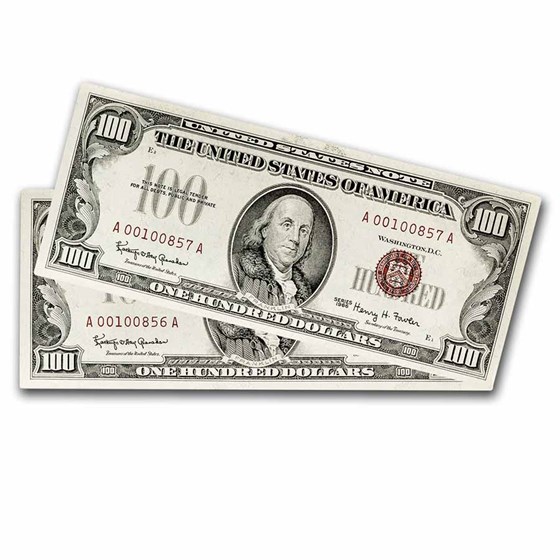 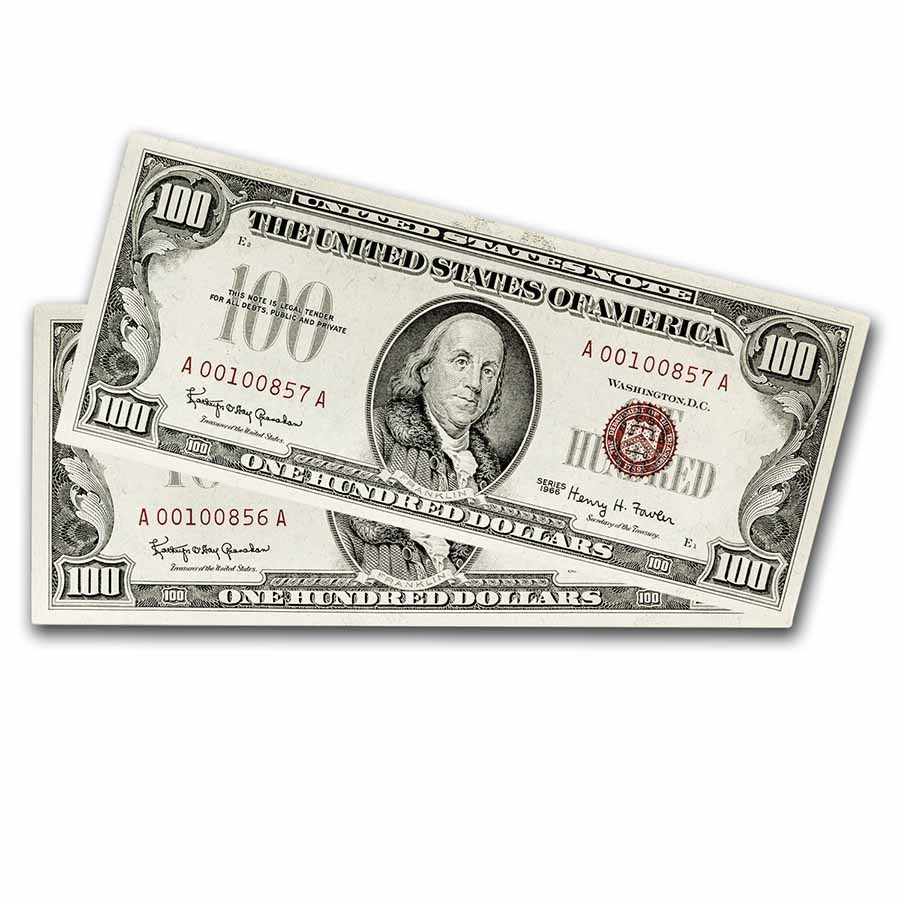 Product Details
Product Details
Only 768,000 of the series 1966 United States Notes were printed making them elusive. This is a one year type and always popular. These notes are consecutive serial numbered notes. Kept together for over 50 years!