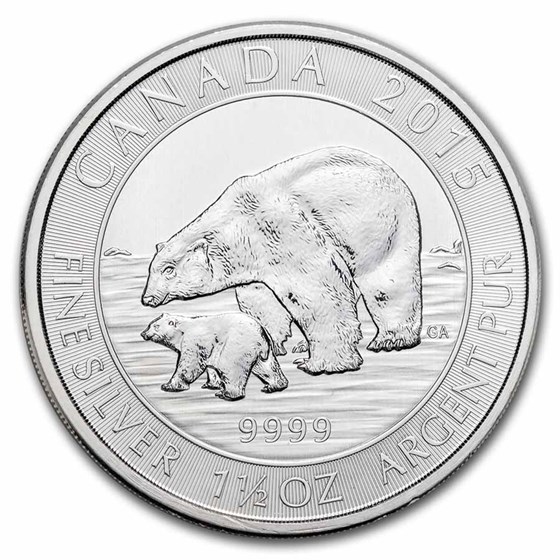 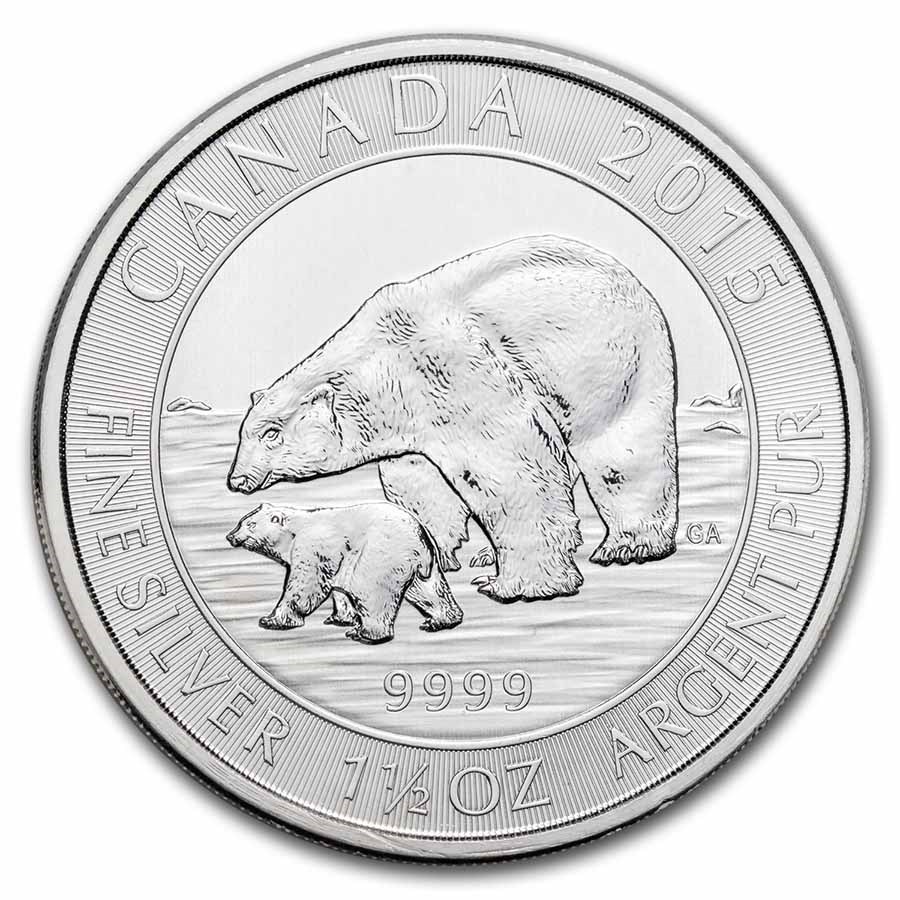 Product Details
Product Details
The Royal Canadian Mint has long been known for high quality .9999 fine Silver products and this uniquely sized item continues that tradition. These coins may have some damage such as abrasions, and/or scratches.

These coins are included based on availability, and might have some light spotting but are in brilliant uncirculated condition.

Add several of these random year Canadian 1.5 oz coins to your cart today!

Dates and designs on these random year coins will be of our choosing and may or may not vary, determined by stock on hand.

The Royal Canadian Mint
The Royal Canadian Mint is a world leader in producing high-quality circulating, numismatic and bullion coins. APMEX carries an assortment of specialty Silver bullion coins such as the Birds of Prey series, Voyageur series, Canadian Howling Wolves series, Predator series and Superman coins. Each series has a limited mintage, adding to their collectibility.

Canada 1.5 oz Bullion:
The popular Canadian 1.5 oz coin series began in 2013 and since then the Royal Canadian Mint has released one or two per year placing a strict low mintage due to their worldwide popularity. Designs featured in the collection include the Grizzly Bear (2017). White Falcon (2016), Polar Bear & Cub (2015), the Polar Bear (2013) and the Arctic Fox (2013).