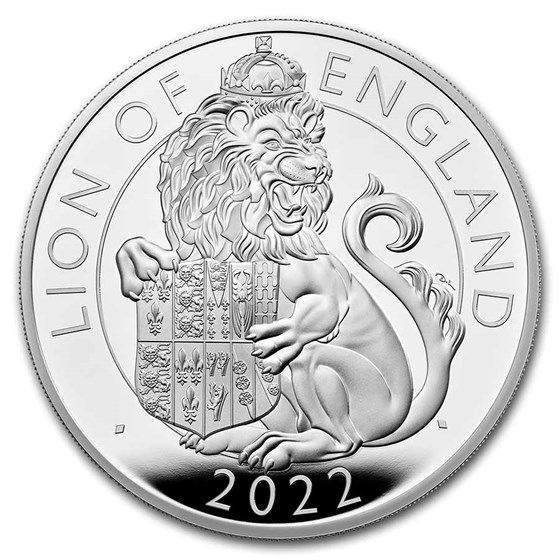 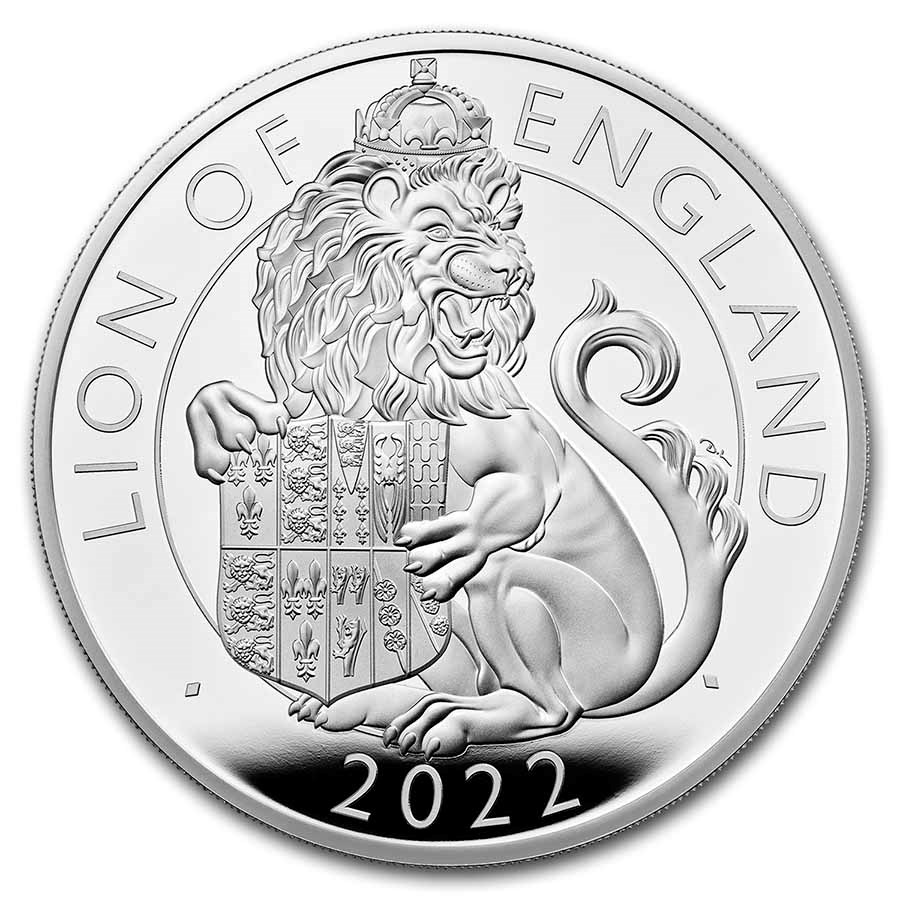 Product Details
Product Details
Only $1,995.00 per coin
The second release in the popular The Royal Tudor Beast Collection features The Lion of England. This release features a limited-edition presentation of 150 coins worldwide, so don’t miss the chance to add this beast to your collection today.

Safeguard your 10 oz Silver Lion of England coin from smudges and fingerprints by adding a 12-pack of cotton gloves to your order.

The 2022 Silver Lion of England is the second release in a highly anticipated 10-coin series from The Royal Mint. Continue your collection by adding this extremely limited mintage 10 oz Silver coin to your cart today!

The Royal Tudor Beasts from The Royal Mint
Following the closing of The Queen's Beast Series, a collector favorite, The Royal Mint has introduced The Royal Tudor Beast series. This series in its entirety will include Gold and Silver Proofs, including this extremely limited mintage 10 oz Silver Proof release, and will feature these heraldic beasts of the Tudor legacy: The Seymour Panther, The Lion of England, The Bull of Clarence, The Tudor Dragon, The Greyhound of Richmond, The Royal Dragon, The Yale of Beaufort, The Seymour Unicorn, The Queen's Panther and The Queen's Lion.

2022 10 oz Silver Royal Tudor Beasts Lion of England
The Lion of England, one the most iconic beasts in heraldry and an ancient symbol for pride and courage, has been present on royal emblems since 1200 when it first appeared as part the shield. The animal holds up two shields which are impaled – or combined – by those belonging to King Henry VIII and Queen Jane Seymour. This signifies their strength during marriage, but also shows how they were able to combine both families’ traditions into what is now known today about this great kingdom.