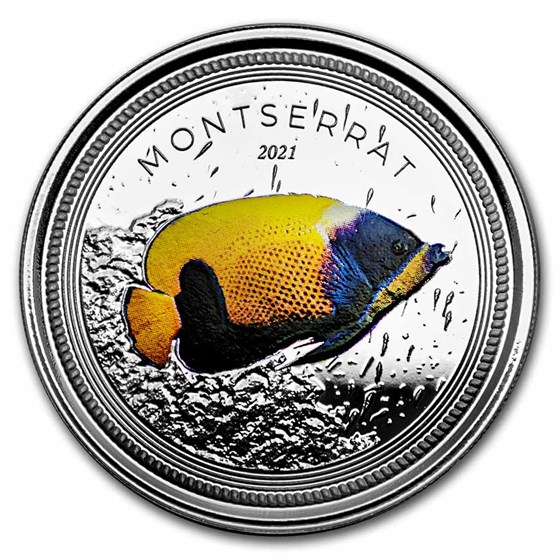 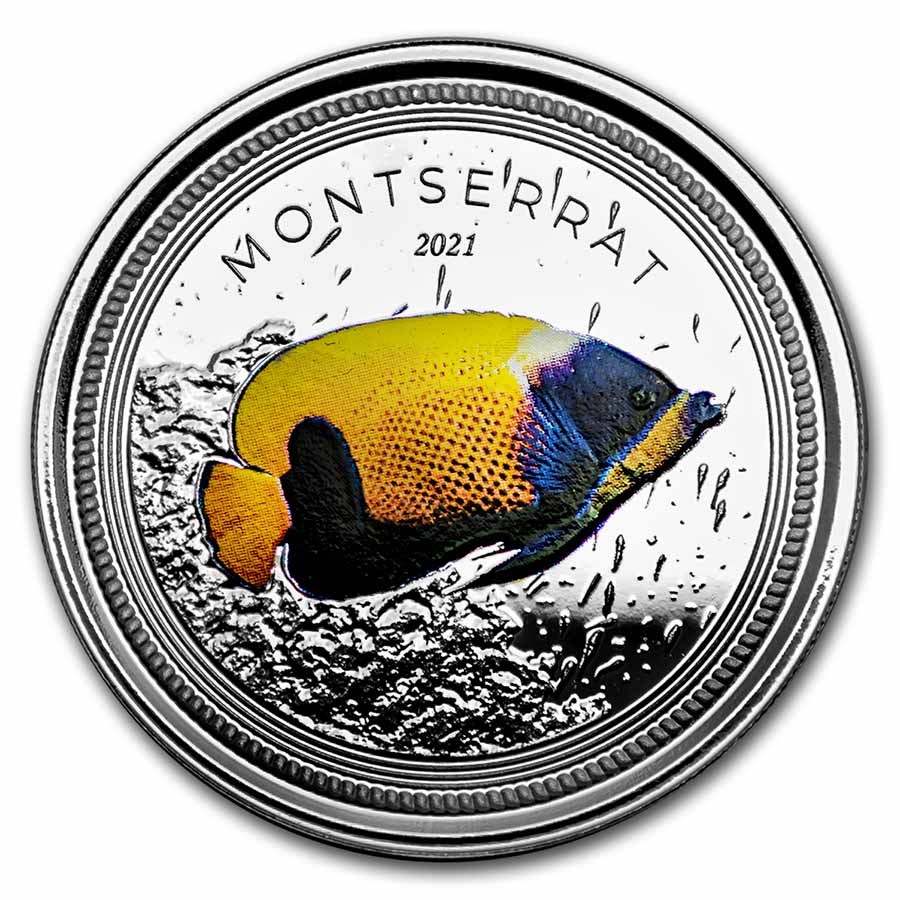 Product Details
Product Details
The Montserrat Blue Girdled Angelfish is next in the EC8 series. This 1 oz colorized Silver coin is issued by the island of Montserrat and is one of eight releases each year in this historic low mintage series which began in 2018.

The EC8 (Eastern Caribbean Bank) program consists of four coins minted each year on behalf of each of the eight Caribbean island members that comprise the ECCB - Anguilla, Antigua and Barbuda, Commonwealth of Dominica, Grenada, Montserrat, Saint Kitts and Nevis, Saint Lucia and Saint Vincent and the Grenadines. The ECCB is the official issuer of the Eastern Caribbean Dollar, the currency of the EC8 coin program since it began in 2018.

Collect a piece of history from each of the beautiful Caribbean Islands. Add this Montserrat Blue Girdled Angelfish Proof to your cart today!

Montserrat
Montserrat is located in the Leeward Islands of the Eastern Caribbean, which is part of the chain known as the Lesser Antilles in the West Indies. It is a British Overseas Territory whose nickname, "The Emerald Isle of the Caribbean" is derived from its resemblance to coastal Ireland and for its Irish ancestry (prisoners, indentured servants, forced laborers, and loyal opposition soldiery) of many of its inhabitants who began arriving on the island around 1632. The national bird of Montserrat is the endangered oriole. In 1995, the Soufriere Hills volcano became active again, which led to evacuations of nearly two-thirds of the island's population and increased the endangerment of the oriole.