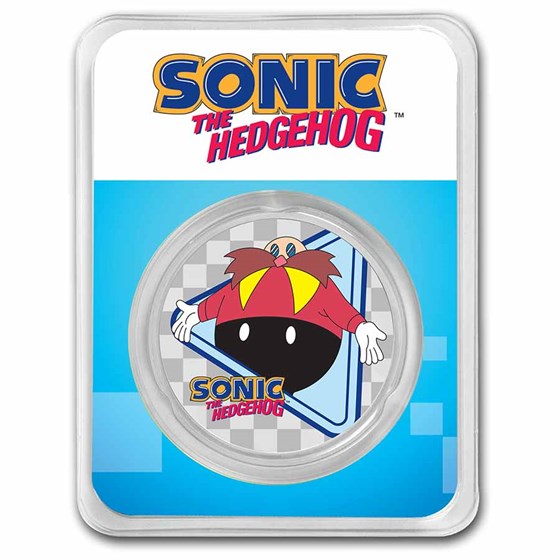 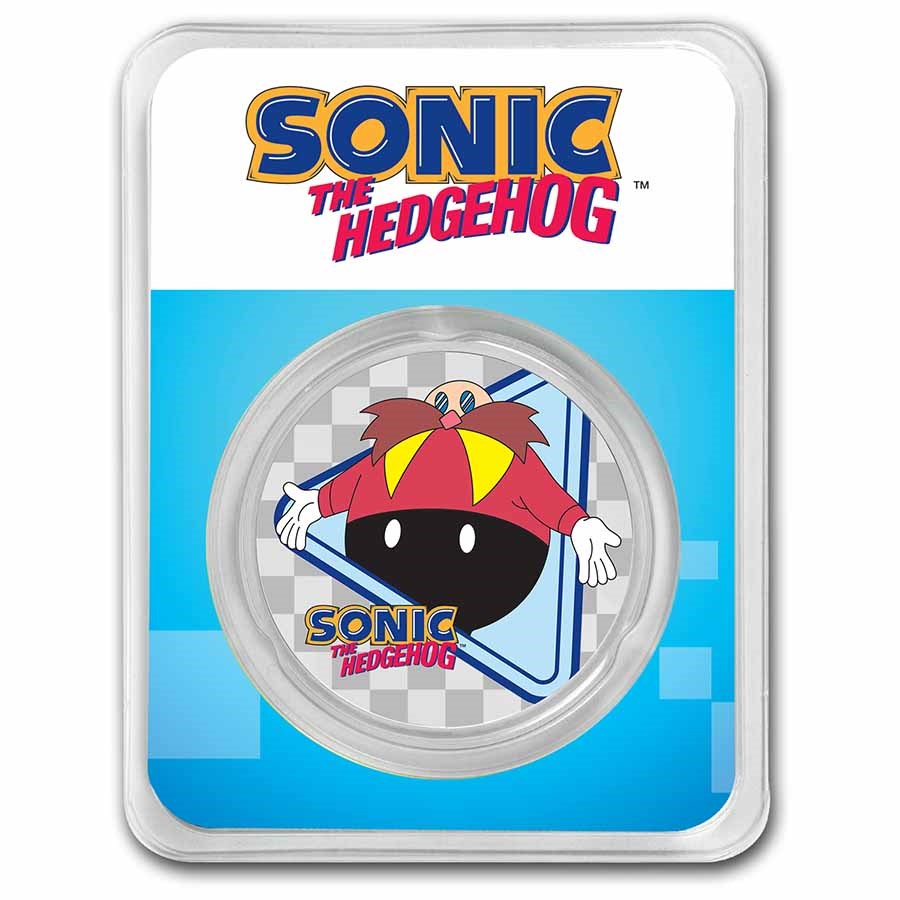 Product Details
Product Details
Available exclusively at APMEX, this Silver colorized BU coin features Dr. Eggman and comes in licensed tamper-evident packaging (TEP). There is a mintage of only 2,500 coins.

Sonic the Hedgehog
SEGA released the first game featuring the titular character, Sonic the Hedgehog, on June 23, 1991, introducing us to the speedy blue hedgehog who loves adventure and freedom, and never backs down from a challenge. Dr. Eggman debuted alongside Sonic in 1991 as the main antagonist who dreams of dominating the world and oftentimes traps helpless animals in his robots to use for his nefarious purposes.

As the series continued, we were introduced to an even bigger cast of characters including Miles “Tails” Prower, a two-tailed fox, and Knuckles the Echidna. Tails, Sonic’s best friend first introduced in 1992 in Sonic the Hedgehog 2, can spin his two tails quickly enough to fly. A mechanical genius, he looks up to Sonic and oftentimes aids in his journeys. Knuckles the Echidna appeared in the following game, Sonic the Hedgehog 3. As the guardian of the Master Emerald, he will stop at nothing to protect the Emerald and his home of Angel Island from anyone who wishes to abuse its powers. Metal Sonic and Amy Rose first appeared in Sonic the Hedgehog CD, commonly knows as Sonic CD. Metal Sonic is the ultimate robot built by Robotnik and regards Sonic as an enemy. Amy Rose has a major crush on Sonic the Hedgehog and became his self-proclaimed girlfriend.

In 2022, SEGA is delivering the Sonic Origins collection. This version will include remasters of Sonic the Hedgehog 1, 2, Sonic 3 & Knuckles, and Sonic CD. As a player you will be able to choose between playing in classic mode or anniversary mode, deciding for yourself in which world you want to see your favorite characters.